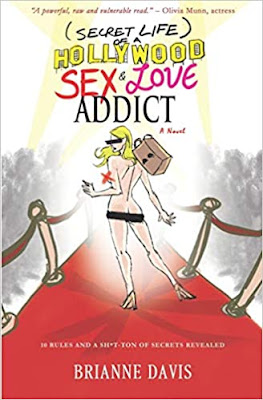 Imagine if Sex and the City's Samantha discovered she was a sex and love addict. Go on a hilarious, inspiring and, at times, shocking journey as Roxanne conquers her fears, changes her ways, gets closer to healthy relationships and begins loving herself a little more each day.

Roxanne's odyssey of using sex and love—as destructive and beguiling as an alcoholic reaching for a bottle—is a veritable rollercoaster of ups and downs, laughter and tears, and a true testament to facing your absolute truth and conquering your fears.

Secret Life of a Hollywood Sex & Love Addict has the vibrant, relatable vibe of chick lit, the soul-baring honesty of a memoir and the wisdom of a self-help book. It’s a vulnerable, humorous and sometimes outrageous look into the world of addiction. So take a front-row seat into this complex world and the 10 RULES Roxanne learns along the way.

We’ve heard people say that they are addicted to men or addicted to sex, but do they truly realize the definition of what they’re proclaiming?  Just like any other addiction, being addicted to sex and the need to feel loved is a more common condition than one may think.  And it’s a real diagnosis that can lead to negative effects if one lets it get that far.  Brianne Davis, a Hollywood actress, who has firsthand experience with this condition has penned an impossible to put down story loosely based on her experiences.

In this book, fictional character, Roxanne takes us on a journey of her many highs and lows dealing with her addiction to sex and love.  At times hilarious, and others quite sad, we get a glimpse of how it would be to suffer from such a disorder. Although some may think it’s a “sexy” disease, one that could only bring pleasure and self-gratification, we get to see another side that many don’t know about.  The side that’s desperately searching for love, and many times not in the proper ways or with the right people.  We witness as Roxanne hits rock-bottom and works to heal herself and hopefully come out on the other side.

Full of information that I was unaware of, I found this book not only extremely enjoyable and hard to put down, but giving me knowledge of a disease that Hollywood has glorified through movies and TV shows for as long as I can remember.  It’s an honest and raw look at the life of a person who is desperately seeking love and acceptance in the form of sex and physical connection. 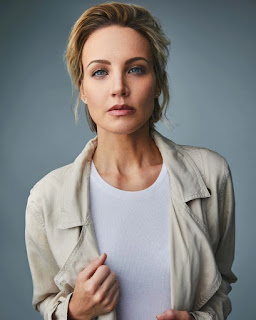 Brianne Davis is a Hollywood actress, writer, producer and director. She can be seen as an actress in Lucifer, Casual, True Blood, the History Channel’s series Six, and the film Jarhead starring Jake Gyllenhaal. Brianne has produced three films with her production company, Give & Take Productions. She has directed two films, The Night Visitor 2: Heather’s Story and Deadly Signal.

Brianne has over a decade of recovery as a sex and love addict. Inspired by her life experience, she is the host of the popular Personal Journals podcast Secret Life. Her article “I’m a Sex and Love Addict. Here’s How I Realized I Had a Problem.” was published in Huff Post Personal’s March 2020 issue and received over a million views. Brianne lives in Los Angeles with her husband, Mark Gantt and son, Davis.

Enter to win a print copy of

a Rafflecopter giveaway
Posted by Book Mama at 10:14 PM