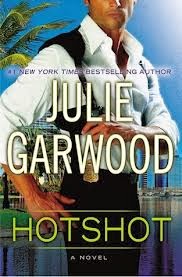 The romance between Finn and Peyton was interesting; they both have all the reasons as to why they shouldn’t be together, yet their actions told a different story.

Peyton Lockhart is a graduate of a French culinary school; she has recently lost her job as a food critic.  She was made an offer she could hardly refuse – to fix up, run and turn a profit at her Uncle’s luxurious Oceanside resort, with her sisters.  Danger seems to follow Peyton from her job in Minnesota to her new adventure in Florida.

Finn MacBain is an accomplished Olympic swimmer and currently works as an FBI agent.  He is reunited with Peyton, no longer the awkward girl next door he used to know, he sees she is in danger and realizes that as before, his role is to be her protector.

Peyton and Finn become intertwined as he feels her life is in danger.  Peyton shares with him what happened in Minnesota, and after seeing the bullet holes in her car, he knows what needs to be done.  As she takes on this new challenge in Florida with her sisters, we see that danger has followed her all the way to Florida.  The passion between them is very powerful, but Finn won’t let anything get in the way of doing his job and Peyton wants to keep him at an arm’s length too.

This book brings you on a thrilling journey that offers you strong characters, action and romance.  I enjoyed reading my first Julie Garwood novel and would suggest this hot little number to anyone looking to escape the cold winter blues. 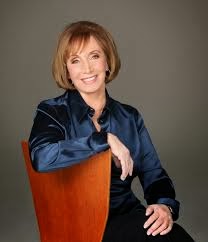 About the Author:
Julie Garwood is the author of numerous New York Times bestsellers, including Fire and Ice, Shadow Music, Shadow Dance, Murder List, Killjoy, Mercy, Heartbreaker, Ransom, and Come the Spring.  There are more than thirty six million copies of her books in print. 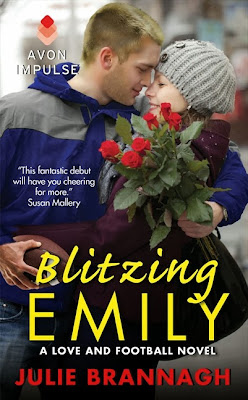 Blurb
All is fair in Love and Football...

Emily Hamilton doesn't trust men. She's much more comfortable playing the romantic lead on stage in front of a packed house than in her own life. So, when NFL star and irresistible ladies' man Brandon McKenna acts as her personal white knight, she has no illusions he'll stick around. However, a misunderstanding with the press throws them together in a fake engagement that yields unexpected (and breathtaking) benefits.

Every time Brandon calls her "Sugar," Emily almost believes Brandon's playing for keeps, not just to score. Can she let down her defenses and get her own Happily Ever After?

Brandon (the hero of BLITZING EMILY) is a fairly uncomplicated, easygoing guy. Let me amend that: He’s easygoing when he’s not on a football field. On Sunday afternoons from September until February each year, he’s a fierce competitor. When he’s not trying to tie some left tackle’s lungs together on his way to the guy’s quarterback, he’s a charmer. Here are a few things about Brandon you might find interesting!

1.     Brandon was born and raised in beautiful New Orleans, Louisiana. He dreams about beignets, chicory coffee, and King Cake. He still has quite an accent!
2.     Brandon has a bit of a sweet tooth.
3.     Brandon’s mama made him take dancing lessons as a child. You’ll see some of his prowess on a dance floor in RUSHING AMY…
4.     Brandon has to sit at a table and eat as much as he can hold four times a day to keep his weight up to play pro football. Emily considers this one of the most unfair things she’s ever seen.
5.     College football recruiters started visiting Brandon’s home when he was a junior in high school. He chose Louisiana State University because they have great defensive line coaches.
6.     Brandon has been known to walk around his house naked.
7.     Brandon lets his cat, Deacon, sleep on his bed at night but would never admit to it.
8.     Brandon secretly wants a Twitter account.
9.     Brandon is extremely ticklish. He conceals this fact at all costs.
10.  Brandon fell in love with Emily the moment he looked into her eyes for the first time.

I hope you’ll enjoy BLITZING EMILY! What are ten facts about YOU that the people in your life have no idea about?

Author Info
Julie Brannagh has been writing since she was old enough to hold a pencil. She lives in a small town near Seattle, where she once served as a city council member and owned a yarn shop. She shares her home with a wonderful husband, two uncivilized Maine Coons and a rambunctious chocolate Lab.