The Guest Cottage - Review, 12 Things About Nancy & A Giveaway 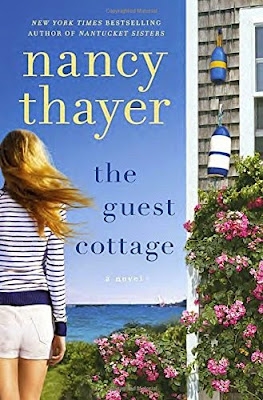 Review by KT Sullivan
Sophie Anderson has decided to take her teenage children Lacey and Jonah to Nantucket for the summer after husband, Zach, has announces that he loves another woman and wants a divorce. However, the woman who owns the cottage didn't realize that her cousin had already rented the cottage to Trevor Black for that same time.

Trevor Black and his four year old son Leo are dealing with the sudden death of their wife/mother. They decide to head to Nantucket and rent a house.  When Trevor and Sophie find out about the mix-up, they figure, the house is huge and decide to share.

There’s a music room with a piano. Sophie’s childhood was spent playing at recitals. After one horrible experience, she never touched the piano again. But now, it soothes her to play.

Thankfully, the children get along well and, at the same time, Trevor and Sophie's attraction starts to develop. They welcome visitors, her friends, his friends, and family. Each group adds to the budding relationship. During this time, Lacey makes a friend and her father starts showing interest in Sophie. She’s not used to so much male attention. After one kiss witnessed by Jonah, Sophie comes clean about the state of her marriage to her children. Both of them knew about it. Jonah had actually followed his father to his mistress’ house. Turns out, Sophie is the one out of the loop.
I liked Sophie and was rooting for her happiness, but the most interesting character is Leo. He starts out as a timid little boy, but his exposure to the Anderson family brings his life back. He begins to accept his mother's passing and fit in. To me, that was the most uplifting part of the story.

I eat chocolate when I’m writing.  Also when I’m not writing.

I fell in love with Charley when I first met him, but was afraid to marry him because he’s six years younger than I am.

Charley and I have been married for thirty years.

All of my 28 novels center on family. I’m sure that if I write long enough, I’ll understand my own family.  Maybe.

I’ve lived on Nantucket for thirty years.  Most of my novels are set here.  Winter is the best time for writing, especially when I can’t get off the island. 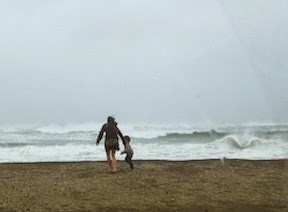 This is my first step in going to a mall or eating at Burger King or Dairy Queen.

Honestly, I couldn’t exist without a library nearby. 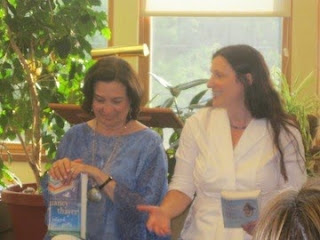 My daughter, Samantha Wilde, has published two novels: This Little Mommy Stayed Home and I’ll Take What She Has.  She has all Jen Lancaster’s books.

I consider “Beach Books” the chocolate truffles in the book box—delicious, sensual, and compelling. 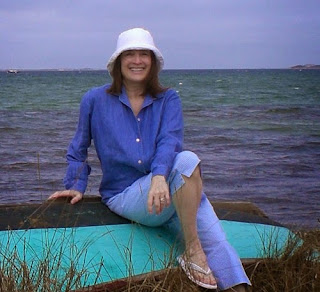 About the Author:
Nancy Thayer is the author of twenty-three novels, including Summer House, The Hot Flash Club, Beachcombers, Heat Wave, Summer Breeze, and Island Girls.

Her books concern the mysteries and romance of families and relationships: marriage and friendships, divorce and love, custody and step parenting, family secrets and private self-affirmation, the quest for independence and the normal human hunger for personal connections.

Nancy Thayer’s work has been translated into many languages, including German, Finnish, Hebrew, Russian, Turkish, French, Portuguese, Spanish, Dutch, Serbo-Croatian, Swedish, Danish, and Polish. Her novels have been condensed or excerpted in several literary reviews and magazines, including Redbook and Good Housekeeping, England’s Cosmopolitan, Holland’s Viva, and South Africa’s Personality.

Nancy Thayer has a B.A. and M.A. in English literature from the University of Missouri at Kansas City. She was a Fellow at the Breadloaf Writers’ Conference. She has lived on Nantucket Island year-round for twenty-eight years with her husband Charley Walters. Her daughter is the novelist Samantha Wilde