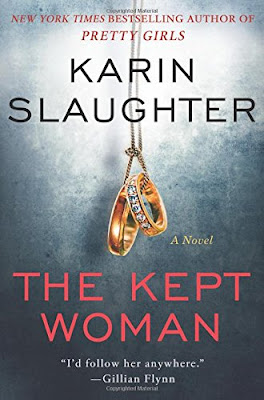 Review by Deb Czajkowski
“Oh! What a tangled web we weave, when first we practice to deceive!” from Marmion, an epic poem by Walter Scott.

While this quote is not in The Kept Woman, it pretty much sums up the twists and turns of the various threads that make up the spider web plot of this intriguing and captivating novel.  My biggest question in writing this review is whether I liken author Karin Slaughter’s cast of characters also as spidery silk strands or as spiders themselves!

Will Trent works for the Georgia Bureau of Investigation and has just been brought in on a case involving a dead man.  Normally, the Atlanta Police Department handles routine deaths, even when the death is ruled a
murder.  So why is the GBI being called in on this one?  Two reasons: the victim and the murder site.  The victim has been identified as an ex-cop, and the location belongs to the city’s most celebrated athlete.

Like many athletes today, basketball star Marcus Rippy is wealthy, powerful, and politically connected, enough so that he has just gotten away with a rape charge ─ despite Will Trent’s best efforts to convict him. 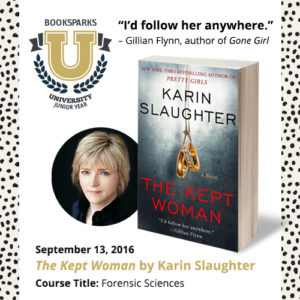 GBI’s newest medical examiner, Sara Linton, scores this stagy scenario and is quick to realize that the extensive amount of blood found at the scene could not possibly be from the one dead victim, the ex-cop.  But wait!  Bloody footprints are discovered leading away from the scene of the crime, but this person (The footprints suggest a woman.) has vanished ─ and, if the blood pool is any indication, she will not last long.

In the interest of full disclosure, Sara is also Will’s girlfriend of eighteen months.  And Angie Polaski is Will’s wife (albeit infamous and historically absent) of twenty or so years.  Angie is like the proverbial bad penny that keeps returning to you ─ except in her case, she’s more like a silver dollar’s worth of trouble and treachery! Read that Walter Scott quote again.  That quite nicely categorizes Angie’s life.

And so we’re back to that Halloween web of mystery and skullduggery, to the questions that don’t line up with any of the answers. Who do you trust?  Who do you believe?  Should you really trust or believe any of these participants in this plot portrayed to mislead and misdirect?

Karin Slaughter’s novel is cleverly and considerably filled with murder, mayhem, madness, and magic ─ the kind of magic that hides things (people?) in plain sight!  The story line in The Kept Woman changes directions more often than a roller coaster ride. Once you are buckled into that roller coaster seat and the car starts to move, you hang on tight and scream each time the ride takes an unexpected, an unseen turn, dip, or twist until your car returns to the station. Similarly, like that roller coaster ride, once you open The Kept Woman and read the Prologue, the ride has begun─ the fun, the fascination, the foils, the fabrications─ and it’s a non-stop ride to the finale.
Slaughter’s pageantry makes The Kept Woman a great any-season-of-the-year read. But fall, especially with Halloween right around the corner, is the perfect time to pick up a copy, cozy into your seat, and get ready for a great ride! 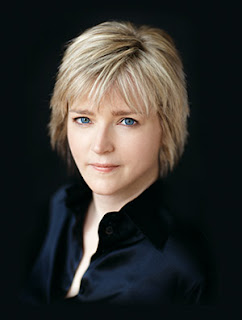 About the author:
Karin Slaughter is one of the world’s most popular and acclaimed storytellers. Published in 36 languages, with more than 35 million copies sold across the globe, her sixteen novels include the Grant County and Will Trent books, as well as the Edgar-nominated Cop Town and the instantNew York Times bestselling novel Pretty Girls. A native of Georgia, Karin currently lives in Atlanta. Her Will Trent Series, Grant County Series, and stand-alone novel Cop Town are all in development for film & television. 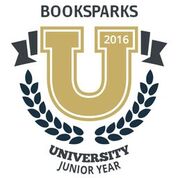