The Power To See - Blog Tour, Q&A and Giveaway 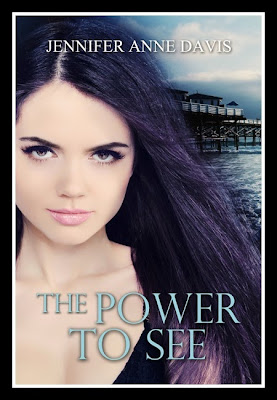 SYNOPSIS
At first glance, twenty-two-year-old Brianna’s life seems perfect. But she harbors a deadly secret—her father is the leader of a ruthless drug cartel. Brianna struggles to find her place in a world her father meticulously controls, and believes she is nothing but a pawn in her father’s deadly games.

After graduating from college with an enormous debt, Dominic finds himself lured by money and power into a job that appears too good to be true. He doesn’t realize he works for a drug cartel until he’s in too deep. Trying to keep his family safe, he takes a deal offered by Brianna’s father and agrees to marry Brianna while continuing to work for the cartel.

Brianna and Dominic must rely on one another as their lives become further entwined in the lethal drug world. When Dominic discovers a deadly secret, he begins to question everything and turns to Brianna for support. However, Brianna’s heart belongs to another man—an undercover DEA agent.


The DEA closes in on the drug cartel, forcing Brianna and Dominic to choose sides, igniting a battle between family loyalty, love, and survival. Brianna soon realizes that she may be the only person capable of bringing down her father’s empire—if she can find a way to outsmart the master manipulator, without losing herself, and her heart, in the process.

Did you always want to be a writer? Or did you want to be something else?
I’ve wanted to be a writer for as long as I can remember. When I went to college, I didn’t think I could make a career out of writing, so I became a teacher instead. Once I had kids and stopped teaching, I realized I could write in my “spare” time. I’ve been writing ever since.

How long does it take you to write a book?
It really depends. Usually it takes me about 1 month of outlining and planning the book, 2 months to write the first draft, and then 2-3 months of revising.

How often do you write?
Every day after I drop my kids off at school, I write or revise for a couple of hours. Then at night after my kids are all in bed, I try to get in a couple more hours of writing. Sometimes I’ll be in the middle of writing an exciting chapter, but I have to stop to go pick my kids up from school. That is really hard. I have notes all over my house where I write thoughts down so I don’t forget them!

How do you balance other aspects of your life with your writing?
It’s hard. Writing is so very time consuming. And now with a book in print, I have to allocate time to marketing myself as well. I try to only work when my kids are at school or in bed. The weekends are for family (or reading J). It is hard to balance. My characters are always with me and I’m constantly thinking about them. We’ll be in the middle of dinner and I’ll jump up to go and write some notes down about something that should happen or what someone should say. My kids think it’s funny and they ask who I’m writing about and what’s going on with my characters. We talk about them like they’re real people!

What makes a great story?
I love a lot of action! BUT I absolutely have to get to know the characters. I want to know not only what the character is doing, but when they’re thinking and feeling. I love when the story is infused with a slow building romance. I detest it when characters see one another and are instantly in love because they are so beautiful.

What was the hardest thing about writing a book?
Getting through that first rough draft! I love to plan the book and create the world and characters. But making it through that first draft can be torturous! Once that draft is done, the revising starts, which is hard too, but at least I have something to work with.

What kinds of things do you do in your spare time?
My kids are young so I’m constantly driving them to soccer, karate, and doing homework with them. We love to go swimming and to the beach.

What advice would you give to someone who wants to start writing?
Read. You can’t expect to write if you don’t read A LOT. You have to know your genre, audience, and what people are doing that works. Reading will make you a better writer.

Do you have any go to people when writing a book that help you with your story lines as well as editing, beta reading and such?
Definitely! I have two writing partners. We bounce ideas around and critique each other’s work. I know I wouldn’t be published today without working with these two individuals. 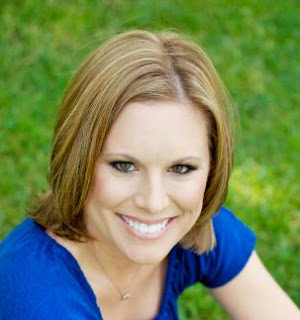 About the Author:
I graduated with Department Honors from the University of San Diego with a degree in English. While working to earn my teaching credential, I was a legal assistant for an attorney. That’s about the time I finally married my high school sweetheart. Once I received my credential from USD, I taught high school English until I had my first child.

Currently I am a stay-at-home mom. I have three kids, one large dog, a gecko, and a frog.

A couple of years ago, I entered a writing contest about motherhood and won. My essay “Caution: Warning Lable Not Included!” was published in the anthology Manual for Motherhood, reaching number one in the Parenting section of Amazon! This sparked my need to write on a daily basis, and I have been writing ever since!
My debut young adult novel The Voice was published by Lands Atlantic in January 2013. The Voice is nominated for three Novel Grounds Literary Awards: Best Indie, Favorite Five Star, and Best Book Boyfriend!

My second book,The Power to See, is a new adult novel and will be available in October 2013.

My third book,The Key, is a young adult light fantasy novel, and will be available November 16, 2013.

I’ve always had a passion for reading and writing. Being transported into another world and experiencing things beyond my imagination – what could be better? Besides being an outlet and a love, I hope to write books that encourage all to read.

Check out the book trailer HERE.