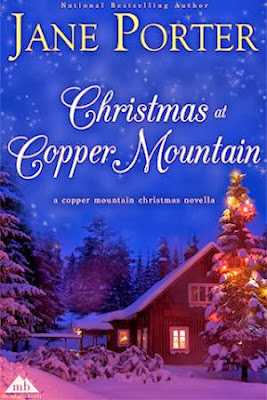 Harley needed to get away from Central California, away from the memories that haunted her.  She decided to take a temporary job as a housekeeper and cook at the Copper Mountain Ranch.  She needed the time away to clear her head of the tragedy that took the lives of her children and husband.  Doing physical work at the ranch is exactly what she needed, but dealing with her gruff boss was going to be a challenge.

Brock Sheenan is the owner of Copper Mountain Ranch.  He’s known for being a recluse of sorts since losing his wife and becoming an only parent to their twin children.  The last thing he expected, or wanted, was for a beautiful, young woman to work at his ranch.  He didn’t want the distraction.  When he was told that a woman named Harley Diekerhoff was to temporarily replace his housekeeper/cook he envisioned an older, stocky woman … not a young, beautiful one!

But when Brock’s eleven year old twins show up in the middle of the night, when they were supposed to be in New York at a boarding school, the atmosphere changes at the ranch.  Harley has a hard time with it since her oldest daughter was their age when she passed.  She specifically took the job knowing that she wouldn’t be working with kids, knowing that it would be too difficult after losing her own.  But Harley begins to bond with the children and even gets their grumpy father to loosen up a bit.  Will Harley be able to break the ice that surrounds Brock’s heart?  Or will being around be a constant reminder of what she has lost?

I love holiday themed books and Christmas at Copper Mountain is the perfect book to get you into the holiday spirit!   I thought that the story was well written and the characters felt so real.  The struggles that they dealt with were ones that many people can relate to.  As a mother who has lost a child, I can relate to the pain that Harley feels, but it just made me root for her happiness.  This is a must read!  It will bring out many emotions, but ultimately have you feeling the Christmas spirit! 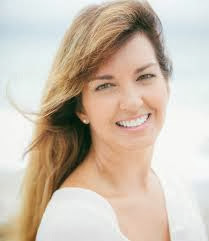 Bestselling author Jane Porter has been a finalist for the prestigious RITA award four times and has over 12 million copies in print. Jane’s novel, Flirting With Forty, picked by Redbook as its Red Hot Summer Read, went back for seven printings in six weeks before being made into a Lifetime movie starring Heather Locklear. A mother of three sons, Jane holds an MA in Writing from the University of San Francisco and makes her home in sunny San Clemente, CA with her surfer husband. 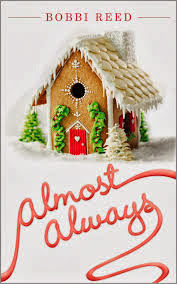 Eva is notorious for striking up conversations with strangers, so it was no surprise to anyone when Eva did just that while dining out with her husband.  In the booth behind her sat two teenage girls.  One of the girls, Cecelia, talking about being pregnant and wanting to place the baby for adoption.  Eva’s daughter, Shelly, has been trying to get pregnant with no success.  Eva knew that she had to approach this girl.  How often do situations like this happen?  And she surely wasn’t going to let this opportunity pass her by.

One would think that Shelly would be thrilled to hear about the potential of adopting Cecelia’s baby, but instead she’s cold when dealing with her and makes no effort at getting to know her. This not only confuses, but also concerns Eva.  She doesn’t want Cecelia changing her mind about allowing Shelly to adopt the baby.

But, as the pregnancy progresses, Eva and Shelly get more and more concerned.  Cecelia rekindles the relationship with the baby’s father and starts spending less time with Eva and her family.  The thought that Cecelia could call off the adoption weighs heavily on their hearts.  Eva starts to question if she made a mistake approaching Cecelia in the first place and Shelly wonders if she’s going to have to deal with another disappointment.

Almost Always is a heart-warming book.  The bond that the family shares and the lengths that they’ll go to in order to make each other happy is palpable.  The book will make you laugh one moment and cry another.  I found myself forming a bond with the characters and relating to what they were going through.  As a young mom and also an adoptive parent, I could relate to Cecelia’s struggle with being a pregnant teen but also with Shelly and the stress one goes through when adopting.  This book will tug at your heart strings and will be in your mind long after you finish the book.  A must read for sure!


Bobbi Reed lives in central Ohio with her husband and three children. She is the recipient of an Ohio Arts Council Individual Excellence Award. Almost Always is her first novel and was inspired by a true story.


a Rafflecopter giveaway
Posted by Book Mama at 6:00 AM No comments: