Being a blogger is one of the most enjoyable things that I do.  When I heard about a blog called Chaotic Goddess where they host themed blog swaps, I knew I had to take part!  I’ve met so many amazing people through my blog and if I can use this platform to connect other bloggers, I’m all for it.

The current swap is called Mug O’Comfort Swap.  This is right up my alley, as I’m a self-proclaimed mugaholic!  If you’re friends with me on Facebook, you’ve seen the album that I call “My Mug Shots”.  If you’re a blogger and want to take part in this fun swap, click on the button below for more info!  You never know, you may be partnered up with me! 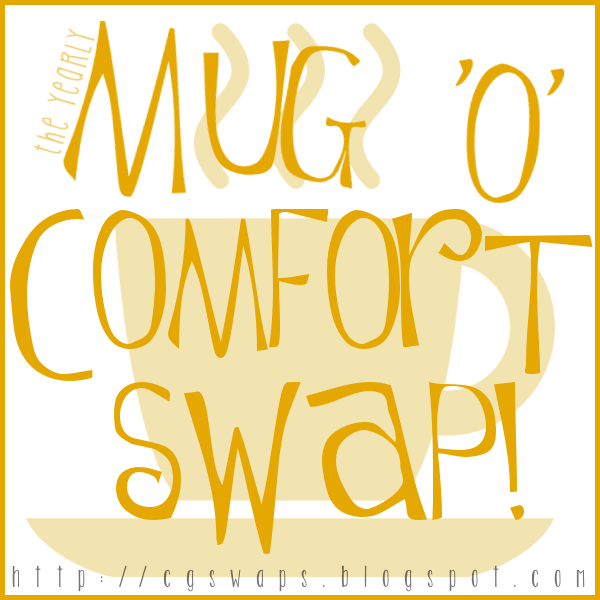 Your Swap Objective:
Get to know your fantastic partner and send them an awesome package that has a mug and other mug-related goodies.  Goodies can include things like treats, cocoa, coffee, tea, etc.

Just a sampling of some of my mugs.  I told you I have a mug obsession ;) 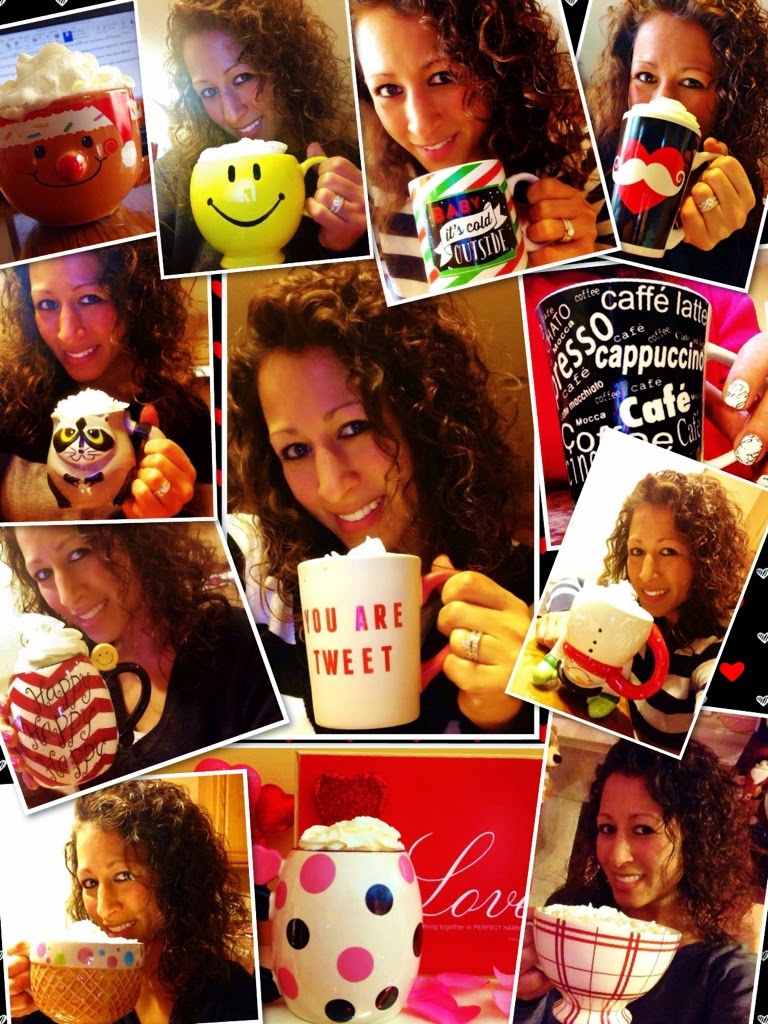 Meet Me at the Beach - Excerpt & Giveaway 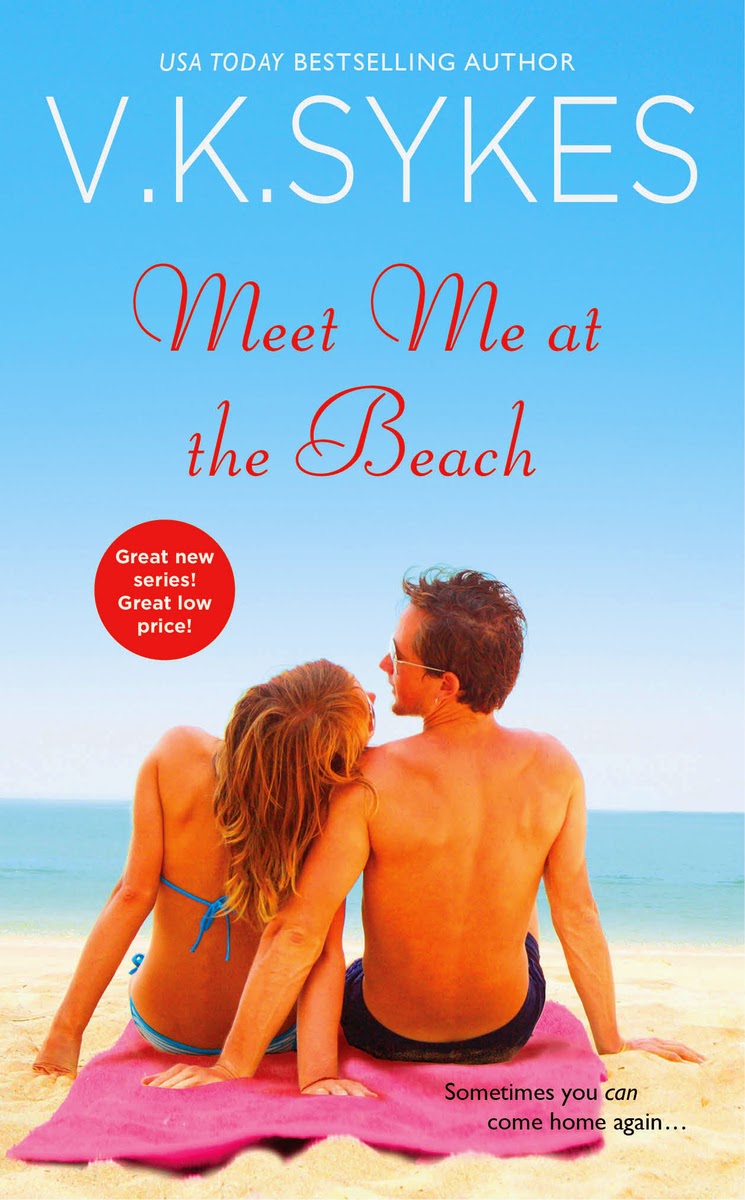 When Lily Doyle spots her high school crush Aiden Flynn on the inbound ferry, she knows trouble is about to dock in Seashell Bay. And not just because he’s more handsome than ever. If Aiden’s in town, the rumors must be true about his family’s plan to sell their coastal land to the highest bidder. But Lily will do whatever it takes to convince the hottest guy on the beach to protect their idyllic island home.

Gorgeous Lily Doyle was the only thing Aiden missed after he escaped from his hometown to play pro baseball. Now all Aiden wants is to wrap up the business deal and get back to his life, not relive a past that still haunts him. But as memories rush in about the night of passion he and Lily shared long ago, everything else washes right out to sea-everything except the desire that still burns between them.


Excerpt:
Aiden turned to face the five-foot-zero, one-hundredpounds-dripping-wet dynamo who had more or less run Seashell Bay for as long as he could remember. Annie Letellier was an eighty-three-year-old member by marriage of the Doyle clan. And Lily’s grandmother.

“Good evening, Miss Annie,” he said. “It’s a pleasure to see you looking so well.”
In khaki pants and a starched blue shirt, Miss Annie propped her hands on her hips and tilted her head back to glare up at him. “Don’t you try to sweet-talk me, Aiden Flynn. Your brother is acting like a pure horse’s ass.”

Bram made a garbled sound of protest that Aiden silenced with a sharp elbow.
“I’m sorry,” Aiden said politely. “You know better than anyone that Bram was pretty much born that way.”

There were a few snickers from the peanut gallery, and Miss Annie let out a delicate snort. “You’ve got that right, son.”

Aiden knew Miss Annie was actually fond of Bram. She’d often babysat both brothers when they were snotty little runts, despite their father’s objections about a Doyle looking after his sons. Aiden’s mother had ignored his protests, because Miss Annie was her dear friend. Like most of the women in the Flynn and Doyle families, they steered clear of the feud that was carried on by the damn fool men.

“Can I buy you a drink?” he asked, trying to defuse the tension.

Miss Annie’s gaze coasted over the crowd that watched with undisguised anticipation. Then her eagle-eyed gaze snapped back to him. “I’ll not be drinking with any Flynn until I get my answer.”

What the hell? When had Miss Annie started playing Hatfields and McCoys? “What answer would that be, ma’am?”

She jabbed a gnarly finger at Aiden. “I asked that brother of yours why your father was spreading rumors about the car ferry. That’s when you barged in on us.”
“They’re not rumors,” Bram interjected hotly.

Aiden glared at his brother. “Shut. Up.” Then he turned back to Miss Annie. “Exactly what rumors?”

“Sean’s been claiming that the developer won’t buy his land unless the town builds a car ferry dock. And he says if the Doyles convince people to vote against it, there’ll be no development at all.”

“Well, I think that’s the case. If the town won’t build the dock, the developer isn’t interested in going ahead with the project.” Aiden glanced over his shoulder at Bram. “Don’t people know that already?”

When the onlookers started jabbering at once, Aiden had his answer.

Miss Annie sidestepped him to resume her rant at Bram. “It’s pure blackmail, if you ask me. Why are you and your father in bed with those greedy mainlanders? Shame on you, Bram Flynn!”

Bram loomed over the old woman, looking furious. “You can’t talk to me like that, Miss Annie. Not even you!”

Swallowing a curse, Aiden figured he’d better pull Bram out of the bar before Miss Annie started whacking him upside the head. He grabbed his brother’s arm again just as the door opened and the deputy sheriff strode in.

When his idiot brother tried to push him out of the way so he could continue arguing with Miss Annie, Aiden grabbed him by the shoulders to manhandle him out the door. But then a slender, feminine figure popped out of the crowd and gently eased Miss Annie away from Bram.

Sweet Mother of God, it was Lily Doyle, up close and personal.

The tumult around him faded as Aiden drank her in, starting at her pretty, gold-painted toenails showcased by matching sparkly flip-flops, and then traveling all the way up to her gorgeous face. She was wearing a denim skirt short enough to show off a fair amount of spectacular leg and a slim-fitting, sleeveless, white polo shirt that showcased her tan. Her auburn hair fell in soft waves around her shoulders, and her emerald eyes sparkled with amusement. Her Irish-fair complexion seemed devoid of makeup, and he could see the freckles tossed lightly across the bridge of her nose and cheeks. Yeah, he remembered kissing those freckles, and that luscious mouth too. Lily was the embodiment of a sweet, all-American girl—a girl who was as smart as a whip and a lobster boat captain who held her own in a rugged man’s world. Not to mention she was also the island’s reigning darts champion, which definitely meant something in Seashell Bay.


She was one hell of a sexy package, and she rocked Aiden right back on his heels. A quizzical look pulled Lily’s eyebrows together and made him realize he was gaping at her. 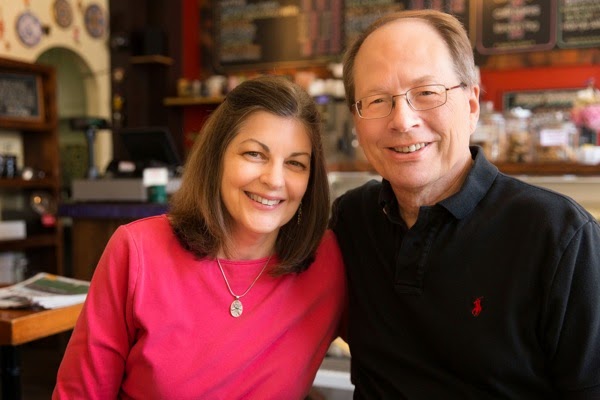 Author Info
V.K. Sykes is really two people – Vanessa Kelly and Randy Sykes, a husband and wife team who write USA Today Bestselling contemporary romance and also romantic suspense. Randy excels at plot and characterization, but tends to fall down on the job when it comes to that pesky old thing called emotion. That’s where Vanessa steps in. She usually writes the sex scenes too, since Randy is a bit uncomfortable when it comes to that sort of stuff. Vanessa also writes award-winning Regency-set historical romance for Kensington Zebra under her own name. You can check out Vanessa’s bestselling historical romances at www.vanessakellyauthor.com

Grand Prize: $50.00 Amazon eGift Card
2 Runners up will win a Bundle of all V.K. Sykes Digital Releases in choice format