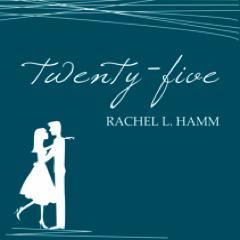 Abigail Bronsen is sure her life is going nowhere when she turns twenty-five and realizes she hasn't done anything on a list of goals she made for herself as a teenager. Ben Harris is looking to find "the one" after his last girlfriend cheated on him. When they crash into each other, it appears they've both found exactly what they wanted. A year of firsts follows: first date, first kiss, first “I love you’s.” The first fight is inevitable, but neither of them saw a breakup coming. When Abigail is offered a job overseas, they’ll discover that no relationship is perfect and even true love sometimes finds itself separated by time and distance.


Twenty Five will be FREE for Kindle from August 29-31.
Be sure to take advantage and download it!!!

Q&A With the Author:

When did you know you wanted to become an author?
I've written a lot throughout my life.  In middle school and high school, I wrote cheesy short stories and poems full of teenage angst and despair.  I kept journals after journals full of more angst and despair.  In the back of my mind, I always imagined writing a novel, but in the same way I imagined winning the Best Actress Academy Award - it would be the coolest thing in the world, but the likelihood of it happening was a billion to one.

I was twenty-four years old, living with my parents, stuck in a crappy job, and I just decided to go for it.  I wrote and wrote and wrote, not really caring if anyone ever read it or if it was any good, I just needed to get the words on the page.  When I finished it, that's when I knew.  And suddenly, it didn't seem like such a long shot.

Where did you come up with the premise for Twenty-Five?
There's a part in the book where Abby, the main character, is telling Ben, the other main character, about Jane Austen and how much Austen's writing means to her.  She says, "She wrote the love stories she never got to experience."  That's what Twenty-Five is for me.  The love story I've always wanted.  I didn't have to come up with the premise, it was what I wanted the most in the world and so I put it into words, pages, and chapters.

Describe your book in three words.
This is the hardest question!   Sweet, simple, enchanting

What can your readers expect next from you?
I'm working on two books right now.  The first is a fantasy about a community of merpeople who do not have the ability to love.  It's called The Maidening Ceremony and I'm hoping it will be ready for purchase by the beginning of the year.  The second I've recently started writing, but I'm very excited about it.  The working title is Lark, and the premise centers around the idea that everyone is born with a "life mate," or the person they are intended for.  But what happens when you can't find that person?  I hope to have the first draft finished before November so I can begin working on something new for NANOWRIMO.  Several readers have asked about a sequel to Twenty-Five, and I'm not ruling it out, but at this point I don't have another interesting story to tell about the characters and I don't want to write a sequel unless it really adds to their story.

Thank you, Rachel, for taking the time to stop by Book Mama Blog!  I can't wait to read Twenty Five! 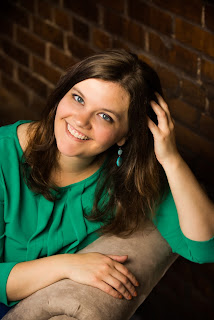 Rachel was born in Buffalo, NY, but raised in Burlington, NC.  Thanks to her northern parents and being raised in the south, she likes to say she got the best of both worlds: (soda) pop and terrible sports teams (go Bills!), grits and southern hospitality.  For her, little things in life are the ones to be the most passionate about.  Sunkist.  Getting pedicures.  Her dvd collection.  A really great pen.  Twenty-Five is her proudest accomplishment.  Rachel now lives in Raleigh, NC, but someday hopes to make it to London.

Rachel has kindly offered to give one lucky winner a paperback
copy of Twenty Five!
Giveaway is open to U.S residents only.
You must be a member of Book Mama blog in order to be eligible to win any giveaway we offer.
a Rafflecopter giveaway
Posted by Book Mama at 12:17 AM 3 comments: