COVER REVEAL FOR BLOGGER GIRL BY MEREDITH SCHORR - PLUS AN EXCERPT!

Meredith Schorr is here today to reveal the cover for her 3rd novel, Blogger Girl!

Read on for:
THE COVER
THE BLURB
THE EXCERPT 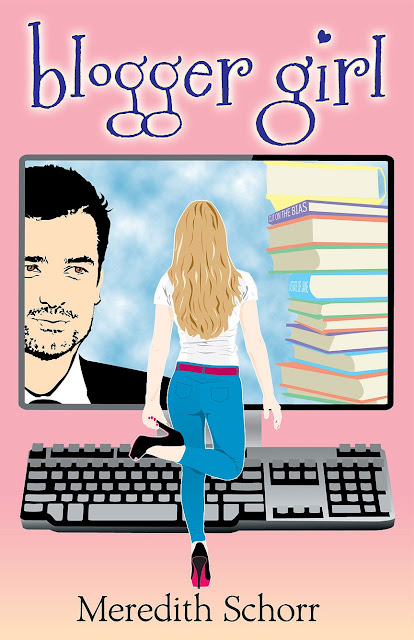 What happens when your high school nemesis becomes the shining star in a universe you pretty much saved? Book blogger Kimberly Long is about to find out.

A chick lit enthusiast since the first time she read Bridget Jones’s Diary, Kim, with her blog, "Pastel is the New Black," has worked tirelessly by night to keep the genre alive, and help squash the claim that "chick lit is dead" once and for all. Not bad for a woman who by day ekes out a meager living as a pretty, and pretty-much-nameless, legal secretary in a Manhattan law firm.

While Kim's day job holds no passion for her, the handsome (and shaving challenged) associate down the hall is another story. Yet another story is that Hannah Marshak, one of her most hated high school classmates, has now popped onto the chick-lit scene with a hot new book that's turning heads--and pages--across the land. It's also popped into Kim's inbox--for review. With their ten-year high school reunion drawing near, Kim's coming close to combustion over the hype about Hannah’s book. And as everyone around her seems to be moving on and up, she begins to question whether being a “blogger girl” makes the grade in her off-line life. 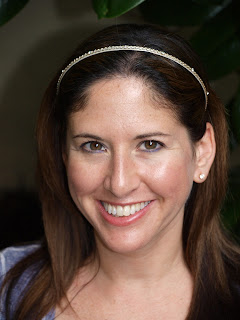 A born and bred New Yorker, Meredith Schorr discovered her passion for writing when she began to enjoy drafting work-related emails way more than she was probably supposed to, and was famous among her friends for writing witty birthday cards. After trying her hand writing children’s stories and blogging her personal experiences, Meredith found her calling writing “real” chick lit for real women.  When Meredith is not hard at work on her current work in progress, she spends her days as a trademark paralegal.  Meredith is a loyal New York Yankees fan and an avid runner.  Blogger Girl is her third novel.
Posted by Book Mama at 6:00 AM 6 comments: