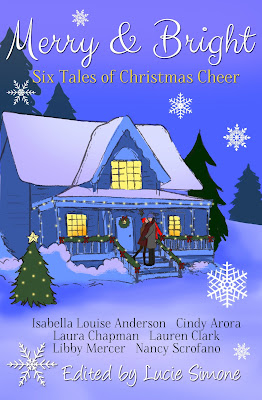 Sip your eggnog, linger under the mistletoe, and make a Christmas wish. Merry & Bright brings you six tales of Christmas cheer, featuring stories of budding romances, Southern charm, lost loves, heaps of humor, and lots of pie by authors Isabella Louise Anderson, Cindy Arora, Laura Chapman, Lauren Clark, Libby Mercer, and Nancy Scrofano. From sunny Los Angeles to the Rocky Mountains to the Deep South, Merry & Bright will take you on a heartwarming adventure you’ll love to visit again and again. Wrap yourself in holiday mirth and prepare to be swept off your feet.

Four authors from the upcoming Christmas anthology Merry & Bright answered the following questions: If you were to write a book sequel to any holiday movie, which film would you choose and why? And what would be the storyline of your sequel adaptation? 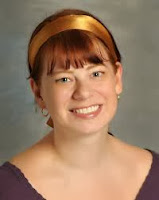 Libby Mercer: Since my short story, “Secret Santa,” takes place in St. Louis, the city I grew up in, choosing the holiday movie I’d most want to write a sequel for was a no-brainer. I’m going with the 1944 campy classic Meet Me in St. Louis. I have many fond memories of watching this flick with my siblings, and I remember my sister and I even choreographed a goofy dance to accompany “The Trolley Song” and performed it for our mom. We were weird like that. Because the film ends with sisters, Rose and Esther, engaged to their respective beaux, my story would be about their double wedding. It would take place at their beautiful Victorian house, and with all the wedding buzz, heaps of hijinks would ensue. Younger sister, Tootie, would provide plenty of comic relief.

Laura Chapman: The 1983 classic, A Christmas Story, is about Ralphie’s best Christmas present ever – a Red Ryder B.B. Gun. The sequel I’d pen would show how Ralphie found romance at Christmas. In A Christmas Love Story, we reconnect with Ralphie as a young professional in 1960s Chicago. While home for Thanksgiving, he discovers his brother will tie the knot on New Year’s Eve. Fearful of showing up to another family function single, Ralphie has weeks to find a girlfriend. Relying on the help of his friend, Rachel, Ralphie goes on a series of disastrous first dates – including an ill-fated trip to an ice skating rink, an awkward shopping excursion to a shoe store, and a run-in with the mean Santa Clause from his childhood. And just when it seems like Ralphie’s hopes of holiday love are dashed, he’ll find romance where he least expects it. 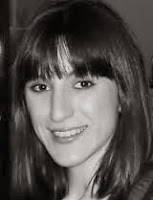 Nancy Scrofano: I watch The Holiday every year around Christmas, so I think it would be fun to continue that story. In the film, Amanda and Iris exchange homes to avoid loneliness during the holidays, and it works out well for both of them after many ups and downs. I would love to explore what happens a year after the film ends. It’s the holiday season again, and Amanda, Iris, Graham (and his daughters), and Miles all go away together, maybe to an exotic locale. I want the sequel to be a bit more upbeat since the movie is mostly sad. But it’s sad in really poignant and beautiful ways, which make it so fantastic. Anyway, throw in some relationship obstacles, uninvited guests to stir up trouble, and possibly an engagement, and you’ve got a sequel. Most importantly though, any follow-up story must remain true to the original characters.

Isabella Louise Anderson: My favorite holiday movie is While You Were Sleeping. I love the hilarious way that Lucy (Sandra Bullock) becomes part of a crazy, but very loving family. She’s attracted to Peter (Peter Gallagher) and saves his life, but falls in love with his brother, Jack (Bill Pullman), while he’s in a coma. Because I want to know that Jack and Lucy are happy together, I’d love to write a sequel to this 1995 movie. It would pick up right where it left off after Jack proposed to Lucy. Dealing with the ups and downs of Jack’s family, the still very happy couple would try to plan their wedding, doing their best to ignore everyone else’s ideas of what their wedding should be like. With a stressed fiancée, Jack takes over and surprises Lucy with a wedding she’ll never forget.

Add Merry & Bright to your Goodreads shelf! Follow along with the Merry & Bright Blog Tour via Fictionella! And visit publisher Simon & Fig for more information about the book!