The Good, The Bad, and The Furry - Review & Giveaway 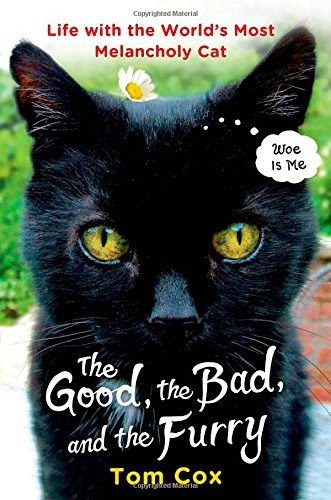 Review by KT Sullivan
This is a book about cats. Lots of cats. The author is adamant about the benefits of owning multiple cats at once. “Churchill and Roosevelt loved cats. Hitler and Napoleon hated them.” His one cat in particular, The Bear, is the subject of a few chapters and there are pictures of him. The Bear is wise and intellectual. The author reads the cat’s mind and asks, “Can you tell me why I am a cat, please?” His cat, Ralph, is so named because his meow sounds like the word Ralph.

The Ten Catmandments are listed to help the owner understand his role as servant to his cat. He includes a pie chart to illustrate sleep deprivation and multiple cat ownership. He also runs through the cost of owning a pet. It’s an obligation to keep them healthy.

He has a brief recap of cats in movies. One I remember is Gay Purr-ee. It’s an animated film with the voices of Judy Garland and Robert Goulet. He sees his cats as family and discusses his problems with them. He also is the victim of kitty fever. When he sees a kitten, he wants more cats.

Pet lovers will be able to relate to this story. The author reminisces about childhood pets, recounts the devastation of losing a pet, and goes through a breakup and the division of pets. It’s funny when he brings his parents into the story. When his father speaks, it’s in all capital letters. A good ode to cat ownership. 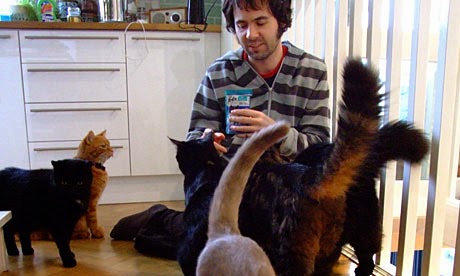 About the Author:
Tom Cox is a British humor writer, best known for writing books about animals (in particular, cats) and golf.

Cox’s first book, Nice Jumper, detailed his adolescence at a golf club in Nottinghamshire, and was described by the novelist William Boyd as “Golf’s answer to Fever Pitch… Funny, clever, and all too horribly true.”  Its sequel, Bring Me The Head Of Sergio Garcia, was an account of his year as Britain’s most inappropriate professional golfer in 2006. Under The Paw, Cox’s bestselling book to date, is a memoir about his life as a cat lover. His next book, Talk To The Tail, published in January 2011, was a comic memoir detailing further encounters with cats and other animals. In 2013, Cox published The Good, the Bad, and the Furry: Life with the World's Most Melancholy Cat. Other writers to praise Cox’s writing besides Boyd include Kate Atkinson, David Sedaris and Julie Burchill.

Cox is also the author of two music books, Educating Peter and The Lost Tribes Of Pop, and in 1999 and 2000 was the Guardian’s Chief Pop Critic. He lives in Devon and currently writes columns on TV and golf for the Mail On Sunday and Financial Times respectively.

Thomas Dunne Books is giving
1 lucky winner a print copy of
The Good, The Bad, and the Furry by Tom Cox
US Only