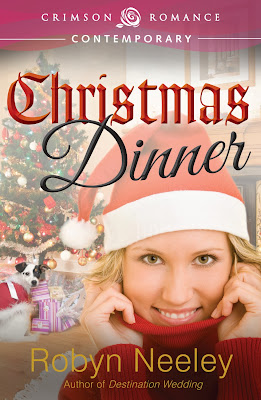 News anchor Amanda Turner used to love everything about the holidays—the eggnog sugar cookies, the tacky family Christmas sweaters, and a lawn decorated with so many multi-colored lights that 747s could land safely. That is until her boyfriend dumped her in front of the whole town on Christmas Eve. Humiliated, she fled her small town start a new life. Two years later, she’s finally ready to return to the scene of the emotional crime, until she learns that her ex is engaged. Now, the only thing worse than going home is going home single.

Tate Ryan, her tall, dark, and arrogant co-anchor, offers to pose as her boyfriend. There’s one problem, though: they barely like each other, and he recently scooped her story on live TV. But she needs a ride home and a boyfriend fast, so Tate will have to do.

As she watches Tate interact with her family and town residents, fully embracing the spirit of the holiday season, she starts to see his kindhearted side. She can’t help but wonder if she was wrong about him. Perhaps he isn’t the conniving co-worker that she once thought. And her new feelings for him would definitely put her on the naughty list.


Tate has his own agenda for the weekend that includes telling Amanda he’s been in love with her since the first time they met. He’s ready to reveal all during Christmas dinner but fate has other plans.

Author Bio
Robyn Neeley is an East Coaster who loves to explore new places; watches way more reality TV than she cares to admit; can’t live without Dunkin Donuts coffee and has never met a cookie she didn’t like. If you have a must read romance suggestion or a fabulous cookie recipe, she wants to know. Visit her at robynneeley.com

a Rafflecopter giveaway
Posted by Book Mama at 6:00 AM 19 comments: