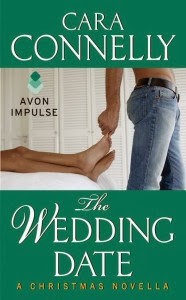 The Wedding Date
A Save the Date Novella
By: Cara Connelly
Releasing November 19th, 2013

Julie Marone isn’t your ordinary matchmaker. Instead of setting up singles, she matches already-happy couples with their dream homes. It’s her calling. Her gift. And since she lost the other half of her own happy couple, it’s become her passion.

Cody Brown isn’t your ordinary cowboy. Instead of roping runaway steers, he wrangles sick kids and strung-out junkies as an ER doc. It’s his job. His responsibility. And since his brother lost his wife to a drunk driver, it’s his mission.

When Cody moves from Austin to Boston, he wants Julie to find him a condo, and fast. But she’s got issues with that. Because not only is Cody single, he’s a doctor to boot, and ever since her fiancé died, she’s got a major grudge against doctors.

Cody charms her into breaking her “couples-only” rule, but when he angles to be her date for her sister’s Christmas Eve wedding, he finds out Julie’s “no-doctor” rule is unbending. Still, he’s not quitting, because as hard as Julie fights it, there’s heat between them. If Cody has his way, they’ll be a couple by Christmas, and the next dream house Julie finds will be their own.


EXCERPT 1
Outside, a sleety December drizzle came down from a leaden sky. Cars shissed past, spraying sludge. She sprinted next door to the Plaza and marched straight up to the desk. “I’m looking for Dr. Brown,” she informed the pretty brunette with the “Ashley” nametag. “Can you ring his room?”

Ashley broke into a smile. “Oh, Cody's not in his room. He went down the street to Starbucks.” Looking up over Julie's shoulder, her smile widened. “Here he comes now. And he’s got my latte. Isn’t he sweet?” She sighed.

Julie turned around. And sure enough, here came Cody, swaggering across the ultra-opulent lobby, a dozen gilt-framed mirrors ricocheting his reflection off every wall. Even if she’d tried, she couldn’t escape the golden hair, the stubbly sun-kissed jaw. She couldn’t ignore the nut-hugger jeans that served up his package on a plate, and the battered leather jacket, unzipped to display a rain-spattered T-shirt plastered to his paving-stone abs. 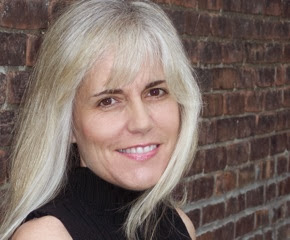