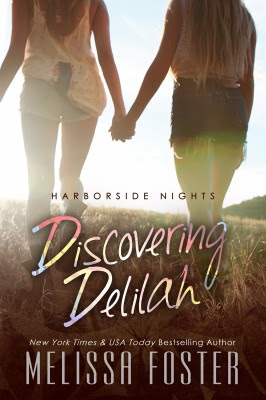 After the death of her parents on the day of her college graduation, Delilah Armstrong thought she could finally follow her heart and come out to her closest friends, but the guilt of going against her parents’ beliefs haunts her. The feelings she has for her best friend, Ashley, are stronger than anything she’s felt before, but Delilah has never even kissed a girl, and fear stops her at every turn.

Ashley Carver promised herself that she would never again date another girl who wasn’t out, but that was before she met intoxicatingly sweet and sexy Delilah.

When another girl offers to teach Delilah the ropes, it changes Delilah’s whole world and gives her the courage to go after the only girl she really wants. But coming out isn’t as easy as Delilah imagined, and moving past her parents’ death and the feelings of guilt she is left with is even harder. The intense passion between Ashley and Delilah is too strong to deny, but coming together means risking everything.

Discovering Delilah is an edgy, evocative, romantic story of friendship, family, and the courage to love.

Review by Marlene Engel
Over the years, the definition of ‘relationship’ has evolved.  With more interracial, same-sex and mixed faith relationships, society is starting to accept that love comes in different varieties.  But, for Delilah, growing up in an extremely conservative home with parents who weren’t shy about expressing their distaste over same sex relationships, she was forced to conceal her sexuality.  In the past, she had even dated guys to rule out her attraction to them and keep her family and friends from finding out her secret.

Months after her parents’ untimely death, Delilah is still haunted by the beliefs her parents tried instilling on her and her brother, Wyatt.  But living in Harborside, where there is a high gay population, makes her wonder why her parents chose there of all places to live and start a business.

As Delilah continues to conceal her sexuality, her feelings for her friend, Ashley, grows.  She’s never had a ‘girlfriend’ nor has she had any intimate contact with a girl.  Unsure of how to proceed, and even more unsure if Ashley is even into girls, Delilah is more confused than even.  But one night, after her feelings for Ashley become so strong that she feels as if she might explode, she gets the courage to tell Ashley how she feels.  She was surprised to learn that Ashley reciprocates her feelings.

Being in a first time relationship with a girl, Delilah is still not willing to fully disclose her sexuality.  This not only takes a toll on her, but also puts a strain on her new relationship.  But will Delilah be able to break the ties that her parents had on her before she loses the love of her life?  Or will her insecurities and past be too much for her to release?

It still surprises me that, in this day and age, so many people still have prejudices over nonconventional relationships.  It’s hard enough to find love, but who are we to judge in what form it comes in?  In Discovering Delilah, Melissa Foster does a great job addressing the (still) sensitive subject of same sex relationships and the stereotypes, prejudices and sometimes even consequences of being in one.  But this book doesn’t only focus on that one topic.  You will also see the beauty of friendship, the love of family and one’s metamorphosis from confusion and pain to self-discovery and acceptance.

No matter if you are heterosexual, homosexual or asexual, this is a must read for everybody! 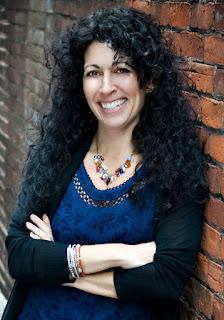 Author Info
Melissa Foster is a New York Times & USA Today bestselling and award-winning author. She writes contemporary romance, new adult, contemporary women’s fiction, suspense, and historical fiction with emotionally compelling characters that stay with you long after you turn the last page. Her books have been recommended by USA Today’s book blog, Hagerstown Magazine, The Patriot, and several other print venues. She is the founder of the World Literary Café and Fostering Success. When she’s not writing, Melissa helps authors navigate the publishing industry through her author training programs on Fostering Success. Melissa has been published in Calgary’s Child Magazine, the Huffington Post, and Women Business Owners magazine.

Melissa hosts an Aspiring Authors contest for children and has painted and donated several murals to The Hospital for Sick Children in Washington, DC. Melissa lives in Maryland with her family.

Visit Melissa on social media. Melissa enjoys discussing her books with book clubs and reader groups, and welcomes an invitation to your event.