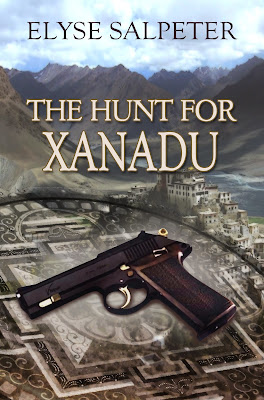 Blurb
Twenty-two year old Kelsey Porter has dedicated her life to avenging the death of her parents, murdered in their quest to find the mystical land of Xanadu. Before she can locate the murderers, she has to discover their motives for the brutal crime and finds herself at the epicenter of a Buddhist mystery as old as time. With the help of her companion, Detective Desmond Gisborne, she hunts the killers across the globe and discovers a darkness in her spiritual past that tests the very limits of her soul. Soon she realizes that it is not she who is doing the hunting, but the one being hunted. Kelsey must find a way to survive, while ancient demons attempt to destroy her.

Link to buy the book:
Amazon 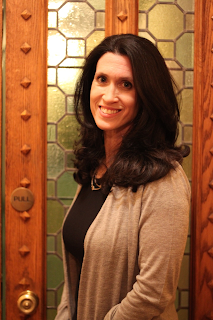 Author Bio
Elyse Salpeter is the author of seven novels and a host of short stories. What she loves doing is mixing "the real with the fantastic" in her books. She loves taking different scenarios and suddenly creating worlds where things just aren't what they appear to be.

Her Dark Fantasy Series, THE WORLD OF KAROV and THE RUBY AMULET take us to other realms filled with magic and evil... THE HUNT FOR XANADU is about a young girl on a mission to avenge her parents, murdered in their quest to find the mystical land of Xanadu.

Her two YA novels, FLYING TO THE LIGHT and FLYING TO THE FIRE are represented by Peter Riva from International Transactions. These books are about a young deaf boy who knows what happens to you when you die and now people are after him for the answers. The books are fast paced thrillers that keeps the reader on their toes, never quite knowing who, and who not, to trust.

When she's not writing, she's eating crazy foods in her Gastronaut club, working out, or running after her twins and a crazy ferret.

Wish Upon A Star - Review 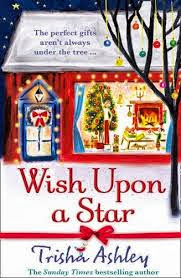 Blurb
Cookery columnist and author Cally’s world is turned upside down when her baby daughter is born with serious heart problems.  Her ex disappeared when she was pregnant, and Cally has spent much of the early years of daughter Stella’s life at the hospital.  When Stella’s only hope is hugely expensive life-saving surgery in the States, Cally moves in with her mother in the rural village of Sticklepond, to save money for the operation.

The village rallies round and begins fund raising with a vengeance, including the laid back and rather handsome baker Jago, who is still trying to escape the clutches of his controlling ex-fiance.  With everything that is going on, the last thing Cally wants to do is fall in love, but she is also tired of going it alone.  In the run up to Christmas, the true spirit of the festive season begins to show…

A warmly told tale that takes Trisha Ashley fans back to Sticklepond, with colourful characters old and new


Cally Weston is a single mom with a daughter, Stella, who is seriously ill. She devotes herself to Stella’s care, writing food reviews, and fundraising for a life-saving trip to America. The promised heart operation is Stella's only chance. Adam, Stella’s father, is out of the hemisphere in Antarctica. She refers to him as her Penguin Daddy. He never played a part in Stella’s life until another man steps in to fill his role. Jago is a baker with a sure path to Stella’s good side. He makes gingerbread pigs and she must have one after her doctor visits. Jago’s former fiancée, Aimee, floats back into his life after her father cuts off her allowance. She’s heard Jago and his friend David won the lottery. Jago has no interest in rekindling anything. To get back at him and his budding romance with Cally, she calls Adam.  He decides he’d like to try the father thing because his parents desperately want a grandchild. He forgot Cally told him about the pregnancy. He responded by leaving her for another woman. Adam and Aimee team up to reclaim their former loves. Will the true love match survive?

The health concern adds a bit of seriousness to the light hearted book. Stella is an adorable character and moves the couple into each other’s orbit. The author cleverly weaves baking into the story. The love of cake brings Cally and Jago together. Recipes are included in the back of the book. I had to research Croquembouche, Jago’s signature creation. It looks sinfully delicious. I enjoyed the sentimental story.