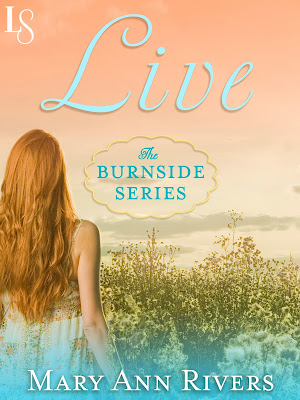 If there’s an upside to unemployment, Destiny Burnside may have found it. Job searching at her local library in Lakefield, Ohio, gives her plenty of time to ogle the hottest man she has ever laid eyes on: the sexy wood-carver who’s restoring the building. But as the rejection letters pile up, Destiny finds an unexpected shoulder to cry on. With his rich Welsh accent, Hefin Thomas stirs Destiny so completely that, even though he’s leaving soon, she lets herself believe the memory of his scorching kisses will be enough.

Hefin can’t help but notice the slender, confident woman with ginger hair who returns each day, so hopeful and determined. So when the tears start to fall, his silence—penance for a failed marriage—finally cracks. Once he’s touched her, what Hefin wants is to take her back to Wales and hold her forever. But Destiny’s roots run too deep. What they both need is each other—to learn how to live and love again.

*I originally started writing the story as a screenplay called POS LIMO.
*Then I rewrote the first part as a YA, and there were many more YA characters.
*My son shares Destiny's (Des) and Sam's coloring.
*I have been to the village where Hefin lives, and had tea at the Hotel where his mom likes to get sticky toffee pudding, and looking at many, many carvings.
*Hefin is a very common name for his generation. It's comparable to Owen/Evan/Ethan.
*My name was Destiny for the first few days of my life, then changed to Mary Ann.
*Lakefield, OH is a fictional recreation of a Columbus/Cleveland hybrid.
*The library in LIVE is the same library where Carrie West, from THE STORY GUY works, and she has a brief appearance.
*My holiday novella SNOWFALL, in an earlier version, included a now deleted scene in Potato Mountain, Hefin's favorite restaurant in Lakefield (SNOWFALL is also set in Lakefield).
*Andy Goldsworthy, Hefin and Des's favorite artist, is an actual artist and you can watch the movie Des loves about him Rivers and Tides, and you should, it's lovely. 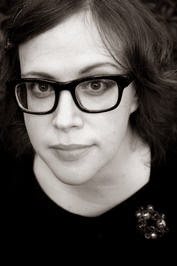 Author Info
Mary Ann Rivers was an English and music major and went on to earn her MFA in creative writing, publishing poetry in journals and leading creative-writing workshops for at-risk youth. While training for her day job as a nurse practitioner, she rediscovered romance on the bedside tables of her favorite patients. Now she writes smart and emotional contemporary romance, imagining stories featuring the heroes and heroines just ahead of her in the coffee line. Mary Ann Rivers lives in the Midwest with her handsome professor husband and their imaginative school-aged son.