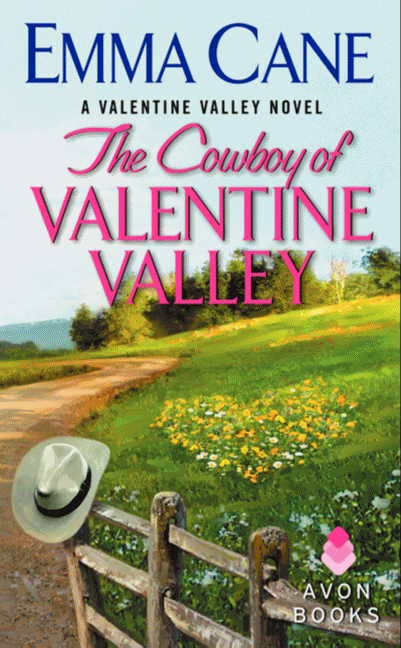 Welcome to Valentine Valley, where the cowboys have many talents and love is waiting around every corner . . .

Ever since a heated late-night kiss—that absolutely should not have happened—cowboy Josh Thalberg makes former Hollywood bad girl Whitney Winslow's pulse beat faster. But when she decides to use his gorgeous leatherwork in her new upscale lingerie shop, Leather & Lace, she's determined to keep their relationship strictly professional . . . even if she wants so much more.
Josh has never met a challenge he isn't up for. Which is probably why he allowed Whitney to persuade him to take the sexy publicity photo that went viral—and now has every woman in America knocking down his door . . . every woman except the one he can't get out of his head.
But how to convince a reformed bad girl that some rules are worth breaking?

Whitney Winslow is opening a new store in Valentine Valley. Leather and Lace will offer lingerie and leather jewelry. Josh Thalberg is a cowboy, leather craftsman, and stunning. He offers his work to different shops and works on his family’s ranch. He and Whitney have a history and are trying not to repeat it. This time it’s all business, except the stolen kisses and secret glances. They travel to Aspen to visit with another shopkeeper. Whitney pretends to be his agent. The woman asks to photograph Josh to help sell the leather bags. She suggests he pose with a few shirt buttons undone. The picture goes viral and a star is born. A Facebook page and fan websites sprout up. Josh hopes it will all die down soon. He’s surprised to find out who’s fanning the flames of his celebrity. His family is very close and live in the same town. Whitney’s is wealthy and not supportive of her store, but they arrive looking for her help. Leave all the lingerie behind and return to New York to run the family business. She’d hoped to be asked when she graduated from college, but was snubbed. Now, she likes her independence and loves Josh. Why are hard decisions so easy to make?

Whitney and Josh make a perfect opposites attract couple. The only thing they have in common is each other. The secondary characters, especially the older widows in the town, add humor and a sense of belonging. This is the third book in a series. They should be read in order. Earlier episodes are referred to in the book that impact Josh’s and Whitney’s relationship. Plus characters have dealings with the couple too. They were fleshed out in the earlier books. This a sweet read and the image of Josh’s picture provides plenty of heat. 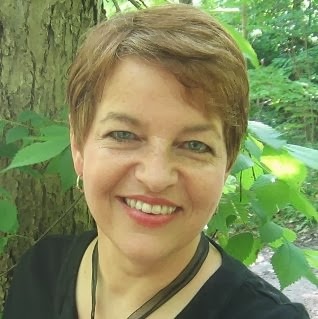 Author Info
EMMA CANE grew up reading and soon discovered that she liked to write passionate stories of teenagers in space. Her love of “passionate stories” has never gone away, although today she concentrates on the heartwarming characters of Valentine, her fictional small town in the Colorado Rockies. Now that her three children are grown, Emma loves spending time crocheting and singing (although not necessarily at the same time), and hiking and snowshoeing alongside her husband Jim and two rambunctious dogs Apollo and Uma

a Rafflecopter giveaway
Posted by Book Mama at 6:30 AM 9 comments: