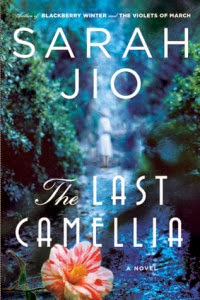 Right before the start of World War II, Flora Lewis, an amateur botanist, leaves America and embarks on a trip to England. She has been hired by a flower thief to steal a Middlebury Pink camellia. She poses as a nanny to four children to gain access to the estate. Their mother was a collector of camellias and left a journal. The last standing tree has been spotted on the Livingston property. Flora’s late night searches point to love, adultery, and murder. She disappears after an ill-fated encounter with the killer.

In 2000, Addison Sinclair, a garden designer, gets a call from her hidden past. Afraid, she decides she and her husband should head to England. His parents bought a piece of property. Addison explores the landscape’s camellia orchards. She comes across notes about the plants and the stories of the household. Curiosity gets the better of her and she looks up the Livingston descendants. She decides to hunt for the flower. Her secrets catch up to her in the English countryside and another woman crosses paths with a killer.


The interweaving of the two women’s stories is effortlessly done. Both are told from their unique perspectives. The interest in flowers and the history of the estate intertwine their experiences. The author does an excellent job of building suspense and adding layers of mystery while writing two separate love stories. Both characters are sympathetic and likable. Both on a quest for the truth and happiness. An enjoyable read. 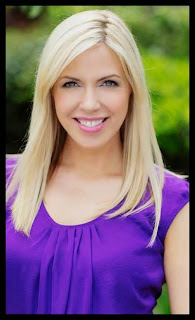 Sarah Jio is the New York Times bestselling author of THE VIOLETS OF MARCH (a Library Journal Best Book of 2011 and a USA Today bestseller), THE BUNGALOW, BLACKBERRY WINTER (an instant New York Times and USA Today bestseller) and THE LAST CAMELLIA (to be published on 5/28/13), and MORNING GLORY (to be published on November 26, 2013)—all from Penguin (Plume). To date, Sarah’s novels are published in 20 countries, including Italy, France, Brazil, Turkey, Slovenia, Russia, China, Norway, Germany, Poland, Spain, and many others.

A magazine writer and the former founding health and fitness blogger for Glamour magazine, Sarah has written thousands of articles and blog posts for national magazines including Redbook, O, The Oprah Magazine, Cooking Light,Glamour, SELF, Real Simple, Fitness, Marie Claire, Hallmark magazine,Seventeen, The Nest, Health, Bon Appetit, Gourmet, The Seattle Times,Parents, Woman’s Day, American Baby, Parenting, and many others. She has also appeared as a commentator on NPR’s Morning Edition.

Sarah recently finished her sixth novel and is at work on her seventh.

Sarah lives in Seattle with her husband, Jason, and their three young sons.

Connect with Sarah at:

Giveaway for two print copies of
The Last Camellia

a Rafflecopter giveaway
Posted by Book Mama at 7:53 AM 2 comments: