The After Wife - Review & Giveaway 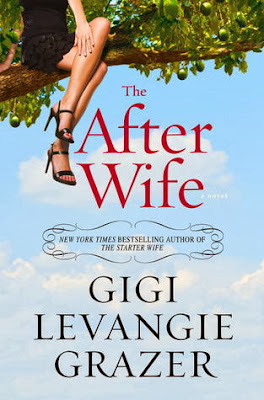 Hannah Bernal is in love. With her husband. Her daughter. Her friends. Her life.

So why did her husband have to go and die?

That is what Hannah thinks when her husband, John, pedals off one morning to the farmer’s market and never returns.  Hit by a car.  Gone in an instant.

No, that is not accurate.  Hannah is deeply, wholly, down-to-the-bone entrenched in grief.  She never deserved John.  Or at least that’s what she believes, particularly when she compares her average looks to John’s superhero, well, everything.

But her Grief Team will help her through it.  They always do. They never leave her side. They being: Jay – the over-the-top gay, Chloe – the all-natural, green-tea-drinking, grungy-dog-obsessing girlfriend, and Aimee – the Hollywood-wannabe-but-never-gonna-be girlfriend.

Hannah isn’t convinced that she can ever recover.  In her words, she’s a “good-enough mom” who was married to “Super dad.” And if that isn’t depressing enough, Hannah starts seeing – and talking to – dead people, which only creates a whole host of new issues.  Like unemployment.  Or what would be funemployment if John hadn’t forgotten to pay the bills and hadn’t left their financials in complete and total disarray.

Will she make it out alive, or will her communications with those from beyond pull her to the dark side?

The After Life tells the story of a grieving widow trying to survive in L.A. In the land of the happy, perfectly groomed and composed, Hannah feels out of place – to say the least. For anyone who has ever felt lost after the death of a loved one or felt out of place in a city where they are unlike everyone around them, this story teaches you to cling to those whom you care about and those who care about you. Savor the moments you have with your loved ones and, when the time comes, look back on the good times you shared with them.

Gigi Levangie Grazer’s talent lies wry humor, quick wit, and pithy one-liners.  She definitely knows the ins and outs of Hollywood and the insider story of how hard it is to become something in LaLa Land. So if you’re craving a laugh and a peek inside the glitz and glam of Los Angeles (or the façade of glitz and glam), be sure to check out Levangie Grazer’s latest smash hit. 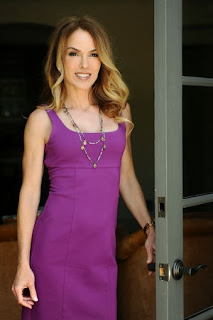 About the Author:
Gigi Levangie Grazer is the author of three prior novels: Rescue Me (2000), Maneater (2003), and The Starter Wife (2006). The Starter Wife was adapted for an Emmy Award-winning USA Network miniseries starring Debra Messing, and later for a television series; Maneater was adapted for a Lifetime miniseries starring Sarah Chalke in May 2009. In addition, Gigi wrote the screenplay for Stepmom, starring Julia Roberts and Susan Sarandon. Gigi's articles have appeared in Vogue, Harper's Bazaar, and Glamour. She lives in L.A. with her two children and three miniature dachshunds.