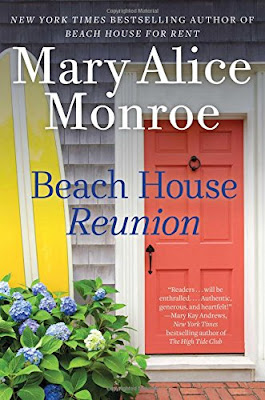 Cara Rutledge returns to her Southern home on the idyllic Isle of Palms. Everything is comfortingly the same, yet each detail is rife with painful memories. Only through reconnecting with family, friends, and the rhythms of the lowcountry can Cara release the hold of the past and open herself to the possibility of a new love, career, and hope for the future.

Meanwhile, her niece Linnea, a recent college graduate who doesn’t know where her life will take her, leaves her historic home in Charleston, with all its entitlement and expectations, and heads to her aunt’s beach house. On the island, she is part of the freer, natural ocean lifestyle she loves, rejoining the turtle team, learning to surf, and falling in love. Remembering the lessons of her beloved grandmother, Lovie, the original “turtle lady,” Linnea rediscovers a meaningful purpose to her life and finds the courage she needs to break from tradition.

In this heartwarming novel, three generations of the Rutledge family gather together to find the strength, love, and commitment to break destructive family patterns and to forge new bonds that will endure long beyond one summer reunion.
Purchase the book at:
Amazon * Barnes&Noble 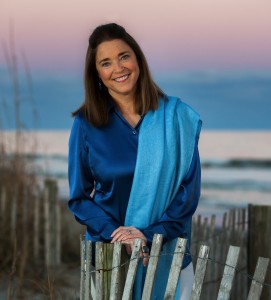 About the author:
Mary Alice Monroe is the New York Times bestselling author of more than a dozen novels, including The Summer Girls, The Summer Wind, The Summer’s End, Last Light Over Carolina, Time Is a River, Sweetgrass, Skyward, The Beach House, Beach House Memories, Swimming Lessons, The Four Seasons, The Book Club, and Beach House for Rent. Her books have received numerous awards, including the 2008 South Carolina Center for the Book Award for Writing, the 2014 South Carolina Award for Literary Excellence, the 2015 SW Florida Author of Distinction Award, the RT Lifetime Achievement Award, and the International Book Award for Green Fiction. An active conservationist, she lives in the lowcountry of South Carolina.

a Rafflecopter giveaway
Posted by Book Mama at 6:30 AM 3 comments: 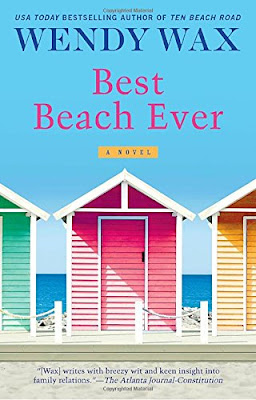 Forced to rent out or lose their beloved Bella Flora after the loss of their renovation-turned-reality-TV show Do Over, Maddie, Nikki, Avery, Kyra, and Bitsy move into cottages at the Sunshine Hotel and Beach Club believing the worst is over. Only to discover just how uncertain their futures really are.
Maddie struggles with the challenges of dating a rock star whose career has come roaring back to life while Nikki faces the daunting realities of mothering twins at forty-seven. Avery buries herself in a tiny home build in an attempt to dodge commitment issues, and Kyra battles to protect her son from the Hollywood world she once dreamed of joining. And Bitsy is about to find out whether the rewards of seeking revenge will outweigh the risks.  Luckily, when the going gets tough, the ladies of Ten Beach Road know that their friendship--tried and tested--can chase away the darkest clouds and let the sun shine in... 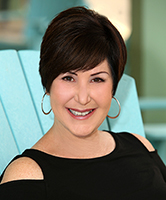 About the author:
Wendy Wax, a former broadcaster, is the author of fourteen novels and two novellas, including One Good Thing, Sunshine Beach, A Week at the Lake, While We Were Watching Downton Abbey, The House on Mermaid Point, Ocean Beach, and Ten Beach Road. The mother of two grown sons, she lives in Atlanta with her husband and is doing her best to adjust to the quiet of her recently emptied nest.

a Rafflecopter giveaway
Posted by Book Mama at 7:04 AM 2 comments: 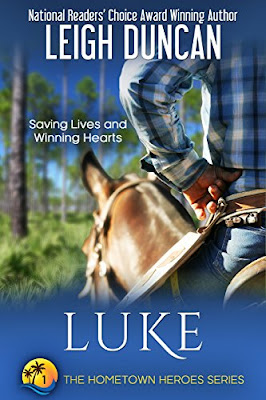 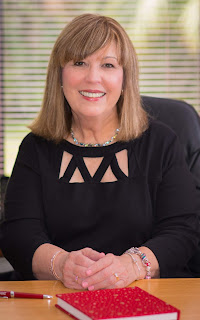 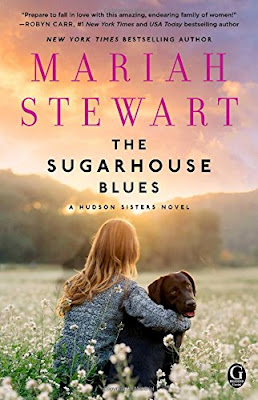 Allie, Des, and Cara, each having her own reasons for wanting a share of their father's estate, meet in the grand Victorian home in which he grew up, only to be greeted by another secret he purposely hid from them: his sister Bonnie. The women reluctantly band together to take on Fritz's challenge, working with a local contractor to begin the renovations financed by an account Fritz had set up for the task. While the restoration appears to go smoothly at first, it soon becomes apparent that the work will be more extensive than originally thought, and Des, elected to handle the money, needs to find ways to stretch out the remaining savings while searching for new sources of funding. As strangers linked only by their DNA try to become a family, the Hudson sisters also try to come to terms with the father they only thought they knew. In the process, each woman discovers her own capacity for understanding, forgiveness, love, and the true meaning of family. 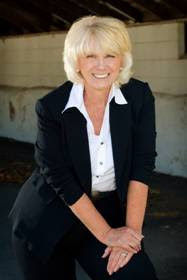 
Mariah Stewart is the award-winning New York Times and USA TODAY bestselling author of numerous novels and several novellas and short stories. A native of Hightstown, New Jersey, she lives with her husband and two rambunctious rescue dogs amid the rolling hills of Chester County, Pennsylvania, where she savors country life and tends her gardens while she works on her next novel.

a Rafflecopter giveaway
Posted by Book Mama at 7:22 AM 1 comment: 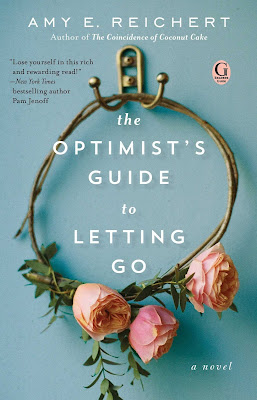 Three generations. Seven days. One big secret. The author of The Coincidence of Coconut Cake unfolds a mother-daughter story told by three women whose time to reckon with a life-altering secret is running out.


Gina Zoberski wants to make it through one day without her fastidious mother, Lorraine, cataloguing all her faults, and her sullen teenage daughter, May, snubbing her. Too bad there’s no chance of that. Her relentlessly sunny disposition annoys them both, no matter how hard she tries. Instead, Gina finds order and comfort in obsessive list-making and her work at Grilled G’s, the gourmet grilled cheese food truck built by her late husband.

But when Lorraine suffers a sudden stroke, Gina stumbles upon a family secret Lorraine's kept hidden for forty years. In the face of her mother’s failing health and her daughter’s rebellion, this optimist might find that piecing together the truth is the push she needs to let go... 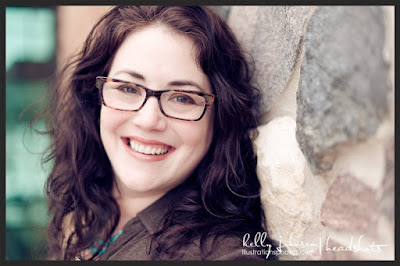 About the author:
Amy E. Reichert, author of The Coincidence of Coconut Cake, Luck, Love & Lemon Pie, The Simplicity of Cider, and The Optimist's Guide to Letting Go, loves to write stories that end well with characters you’d invite to dinner. A wife, mom, amateur chef, Fix-It Mistress, and cider enthusiast, she earned her MA in English Literature and serves on her local library’s board of directors. 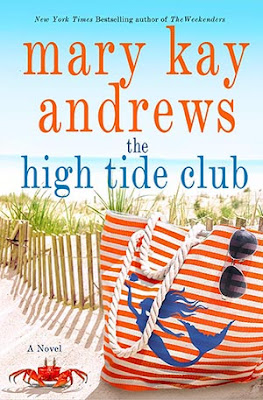 When ninety-nine-year-old heiress Josephine Bettendorf Warrick summons Brooke Trappnell to Talisa Island, her 20,000-acre remote barrier island home, Brooke is puzzled. Everybody in the South has heard about the eccentric millionaire mistress of Talisa, but Brooke has never met her. Josephine’s cryptic note says she wants to discuss an important legal matter with Brooke, who is an attorney, but Brooke knows that Mrs. Warrick has long been a client of a prestigious Atlanta law firm.
Over a few meetings, the ailing Josephine spins a tale of old friendships at a time when World War II was looming; when secrets led to betrayal and a long-unsolved murder. She tells Brooke she is hiring her for two reasons: to protect her island and legacy from those who would despoil her land, and secondly, to help her make amends with the heirs of the long dead women who were her closest friends, the girls of The High Tide Club—so named because of their youthful skinny dipping escapades—Millie, Ruth and Varina.
Even at the end of her life, Josephine seems unwilling or unable to face her past, deliberately evading Brooke’s questions. When Josephine nears death with her secrets intact, Brooke is charged with contacting Josephine’s friends’ descendants and bringing them together on Talisa for a reunion of women who’ve actually never met. The High Tide Club is Mary Kay Andrews at her Queen of the Beach Reads best, a compelling and witty tale of romance thwarted, friendships renewed, justice delivered and true love found.

Purchase the book at:
Amazon* Barnes&Noble 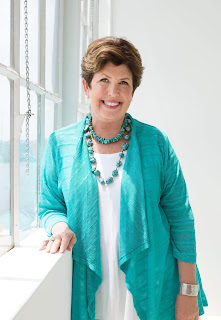 About the author:
A native of St. Petersburg, Florida, she received a B.A. in journalism from The University of Georgia and was a newspaper reporter for 14 years. The last ten years of her career were spent as a features reporter for The Atlanta Journal-Constitution.
She is married to her high school sweetheart, Tom Trocheck, with whom she has a 40-year (and counting) collaboration yielding two grown children, two adorable grandchildren and countless memorable kitchen experiences.
After a 14-year career working as a reporter at newspapers including The Savannah Morning News, The Marietta Journal and The Atlanta Journal-Constitution, where she spent the final ten years of her career, she left journalism in 1991 to write fiction.

a Rafflecopter giveaway
Posted by Book Mama at 8:26 AM 1 comment: