A Little Bit of Holiday Magic - Review and Giveaway 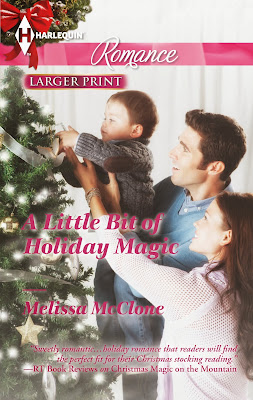 Review by Marlene Engel
It probably wasn’t the smartest decision to drive across country just before Christmas, but Grace was determined to start a new life for her and her three year old son, Liam.  Widowed at the age of twenty three, Grace knows all too well what it feels like to lose someone you love.  But it’s time to pick herself up and move on … literally.  With her son in tow, they brave a blizzard destined for Astoria, Oregon.  But as they make their way through Mount Hood, her truck spins out and hits a snow bank.  Luckily neither of them were hurt and they were able to find shelter at a house close by.

Bill Paulson is a fire fighter and wilderness first responder.  He’s used to being thrown into difficult situations.  But when Grace knocks at his door soaking wet from the storm and carrying her son in her arms, no amount of training could’ve prepared him for this.  Bill enjoys his bachelor life, not wanting to settle down or have children anytime soon.  But spending time with Grace’s son has brought on unexpected feelings that he never knew existed.

As the snow continues to fall and Grace has no other option than to stay at Bill’s house, thoughts and feelings that have been suppressed start to surface.  However, she’s hesitant to allow herself to get close.  Can Grace push aside her fears and allow herself to know Bill better?  Or will she pack up Liam and continue their journey to Astoria once the snow ends?


Christmas is my favorite time of year and I love reading Christmas books during the holiday season.  A Little Bit of Holiday Magic is like a warm fire on a cold winter’s day.  It’s the perfect book to snuggle up on the couch with a blanket and hot cup of cocoa and read!  The story kept me interested and the characters were so relatable.  I thoroughly enjoyed this book and recommend it to anyone looking to read an amazing holiday romance. 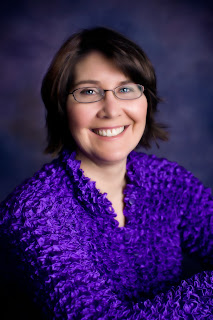 I've always been a fan of fairy tales and "happily ever afters", but I'd never read a category romance until my senior year of high school when my A.P. English teacher, Mrs. Cooper, had the class study genre fiction. She assigned each of us a Harlequin Romance to read. Mine was set in the Canary Islands and I couldn't wait to read another one. And another and another. I was hooked. Needless to say, I owe Penny Cooper a debt of gratitude. And yes, we do keep in touch!

After graduating from Stanford University with a degree in mechanical engineering, I worked for Allied Signal analyzing engine performance in Phoenix, Arizona, and my love of romance novels continued to grow. One day, I decided to write a romance of my own. Easier said than done I quickly learned, but I discovered the Desert Rose Chapter of Romance Writers of America and realized how little I knew about writing romances.

After three years in Phoenix (Tempe, actually), I began to hate the Arizona summers. Who cares if it's a dry heat? Anything over a hundred and ten is still hot. So I took at job at United Airlines in San Francisco. I was still analyzing jet engine performance, but now I had travel benefits. I spent five years traveling the globe. My love for writing romances also grew.


Writing became a passion, and the few hours spent at the computer during lunchtime and in the evenings weren't nearly enough. With lots of prodding and support from my husband of six months whom I met working at UAL, I decided to follow my dream and write full-time. 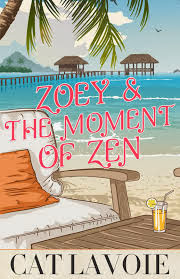 Although it’s been almost a year since Braden broke Zoey’s heart, she can’t seem to let him go.  While at her best friend’s wedding, Braden informed Zoey that he wasn’t the settle down and get married type.  Then he proceeded to tell her that he no longer wanted to date her.  Any normal person would take such news and try to move on.  Not Zoey!  She not only checks Braden’s voicemail and e-mail messages … hey, he should’ve changed the password, right? … but she also shows up at a restaurant knowing that he’d be there on a date.  Concerned with how Zoey has been obsessing over Braden, her friends and family plan an intervention.  They all take turns telling her that it’s not natural or healthy to act the way she has been and that they are sending her away on a little vacation.  A vacation intended to rid Zoey’s head and heart of Braden.  Hesitant at first, Zoey finally agrees.  How bad can it be spending a week in Mexico sipping cocktails on the beach?

But when Zoey gets to Mexico, she quickly finds out that this vacation is going to be anything but relaxing.  The resort she’s staying at is an alcohol, caffeine, and cell phone free zone.  If that’s not bad enough, the guy on the plane who could be Braden’s long lost twin, is also going to the same resort.  How can she try to rid Braden from her head when this guy looks just like him?  Not to mention, everywhere she turns, he seems to be there.  Can Zoey make the best of this “vacation” and rid herself of Braden?  Or will the efforts of her family and friends be all for nothing?

Zoey & The Moment of Zen is a fun book with an amazing cast of characters.  I loved the humor and found myself laughing out loud several times throughout the book.  The author does a great job captivating my attention right away and holding it throughout the book.  I really enjoyed reading this novel and highly recommend it to others.  This winter, why not transport yourself to Mexico with Zoey and warm yourself up with this amazing story? 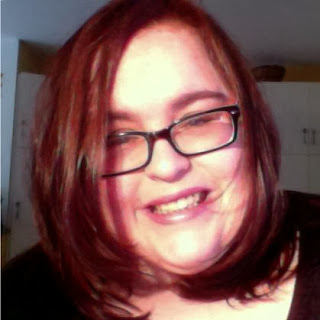 Cat Lavoie was born in the small town of Jonquière in Québec, Canada. At the age of nineteen, she packed up her things (mostly books) and moved to the big city of Montreal where she currently lives with her tempestuous cat Abbie–who is both adorable and quite possibly evil.
An incurable Anglophile since her university days where she studied English Literature, she can often be found daydreaming about her next trip to London. Since she’s an expert at the art of procrastination, Cat is easily distracted by cooking and home improvement shows–even though she’s not particularly good at either.

Cat grew up watching soap operas and legal dramas and–had she not decided to be a claims analyst by day and write chick lit by night–she would have probably become a designer suit-wearing lawyer. Or a character on All My Children (which is what she really wanted to be when she was twelve).

Cat is not sure whether she’s a geek or a nerd–and is afraid she might be both. Breaking the Rules is her first novel.