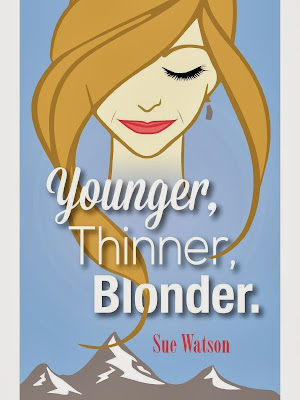 Tanya Travis lives a dream life with her budding rock star boyfriend, successful television show, and foul mouthed maid. Then, she’s fired, dumped, and evicted. When she hits bottom, the only way back to the top is a humiliating reality show set in Nepal. Celebrity Spa Trek is her redemption ticket. Her fellow contestants are on the comeback trail as well. Tanya quickly realizes she’s in over her head when presented with a disgusting challenge. She refuses and is banished. She finds herself as a helper in a local orphanage. The children spark her to recalculate her net worth. The handsome local guide, Ardash, grew up there and is never far from Tanya’s thoughts. To add to the tension of the show, Tanya’s former fiancé, Nathan, becomes a contestant as well. At first, she hopes for reconciliation, but after time, realizes she’s been saved from a disastrous marriage. Tanya grows as a human being and falls in love, but will she be named Queen of the Mountains?
The author incorporates the glittering celebrity culture into the story. Tanya must live without her killer wardrobe and designer hair products. She brings her back to the basics to prove life has to have meaning beyond stuff accumulation. My favorite character is Astrid, Tanya’s Swedish maid. Her command of the English language revolves around swearing. She proves to be an invaluable friend and comic relief. It is easy to relate to Tanya holding on to her horrible past against the frightening future. Fun read. 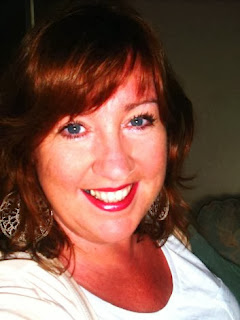 Sue Watson was a TV Producer with the BBC who combined motherhood and family life with a busy career. However, one day it dawned on Sue that Cosmo magazine may have been telling porkies about 'having it all,' and she realised her life had become a slightly crazed juggling act. So after much comfort eating,soul searching and reality TV watching, she sold her car, cancelled the holiday, bought a flamingo pink laptop and took the plunge as a writer.

The result was Sue's first novel, 'Fat Girls and Fairy Cakes,' a story about Stella Weston, whose life is a constant struggle with the weighing scales and being a working mum, wife and daughter.

The author researched intensely, baking and tasting and baking and ... tasting and... created the fabulous recipe collection of easy but impressive cakes at the back of the book. Sue also gained an equally impressive extra ten pounds on her hips, which to this day she carries with her.

Sue's second book, 'Younger, Thinner, Blonder' is released in October (2013).
Originally from Manchester, Sue now lives with her husband and teenage daughter in Worcestershire where she is currently writing her third book. When she's not toiling over her latest novel, Sue can be found enjoying large bags of chicken crisps, large tubs of Caramel Chew Chew ice cream and 'The Biggest Loser USA' on series link.