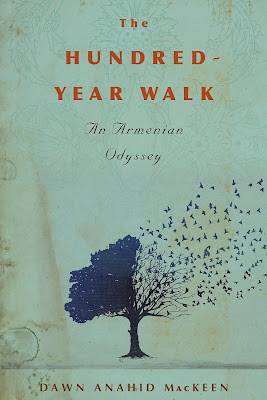 If you know anything about what’s happening in Syria right now, you know the country’s been going through a five-year civil war, and Syria’s President Assad is claiming home field advantage. Today Russia and Iran are siding with Syria with the US and assorted others in opposition. One key focus is the battle for the city of Aleppo. Because of this, the Syrian government has cut off the city’s supplies, causing thousands of civilians to flee Aleppo for the Turkey. And Turkey’s reaction to so many refugees literally knocking on their gates? Sorry, we’re full; our refugee status is currently at capacity! Basically, you’re not our problem, and good luck to you! Oh, that last part ─ the good luck part? I added that. They probably didn’t.

There’s real irony here. Turkey has a history of events that are ominous at best and odious at worst. Here’s one first-hand ─ and second-hand ─ account. 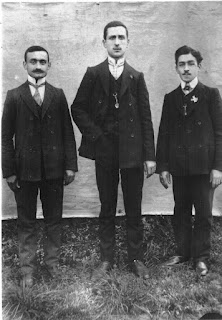 In The Hundred-Year Walk: An Armenian Odyssey, author Dawn Anahid MacKeen documents the journey of her Armenian grandfather, dating back to 1910, and then her own journey in 2007, where she personally followed the paths her grandfather took a century prior. Why did she do this? What’s the significance that prompted this journey, this book?

Dawn’s grandfather, Stepan Miskjian, was born in the Ottoman Empire, specifically, an Anatolia region known as the Armenian Highlands. This lies within present-day Turkey and Syria and overlapping into Russia. Both Ottoman Muslims and Allied Christians lived in Anatolia.

In 1914, Sheikh ul-Islam, the influential religious leader of Ottoman Muslims, issued a ruling that urged fellow Muslims to wage a holy war against the Allied Christians. Remember, the Ottoman region is in both Turkey and Russia. So the war against the Allied Christians became a war of the Turks against the Russians. The Turks lost badly and needed someone to pay. And by someone, they meant the Armenian Ottoman, accusing them of siding with Russia against the Turks which resulted in many lost Turkish lives.

For the Armenians, April 24, 1915 was the beginning of the end of the Armenian population at large. It is on this date that the Ottoman authorities began arresting and deporting Armenian intellectuals and community leaders, the majority of whom were murdered. For the next four years, the Ottoman government systematically exterminated an estimated 1.2 million Armenians. Some estimate the deaths to be as high as 1.5 million.

Thanks to Stepan’s copious notes ─ he filled at least four notebooks, these four horrific years are accurately and extensively documented. As per his journals, the Armeniain genocide was implemented in two phases. The first was the wholesale killing of all males between the ages of twenty and forty-five through massacres, days and weeks of incessant marches, and forced labor. The second was the deportation of women, children, the elderly, and the infirm. Driven by military escorts, many were forced on marches to the Syrian Desert ─ later labeled death marches ─ where they were left to die of starvation and dehydration. Others were robbed, raped, and, ultimately, massacred. Few survived.

What became of Stepan and his family? What impact has this event in history had on the Miskjian family, on the Armenians nationality? What has changed over the past one hundred years to ensure such occurrences never happen again?

Given my opening paragraphs on current events with Syria, this novel by Dawn Anahid MacKeen, The Hundred-Year Walk: An Armenian Odyssey, is as applicable today as it was when Stepan’s journals were written one hundred years ago. Though at times it is difficult to read, to hear of the brutal murders of so many innocent people, it is a thorough, detailed, and informative account of this real and historical devastation. MacKeen’s book is extremely well written, and it is one that I highly recommend for anyone interested in learning more about significant and catastrophic world events, especially those similar in nature to the Holocaust and those pertaining to Armenian history.

About the Author:
Dawn Anahid MacKeen is an award-winning journalist who spent nearly a decade researching and writing her grandfather's story. Previously, she covered health and social issues for Salon, SmartMoney, and Newsday,where her investigative series on assisted living facilities' poor care helped prompt legislative reform. Her work has appeared in the New York Times Magazine, Elle, the Sunday Times Magazine (London), the Los Angeles Times, and elsewhere. She lives in Southern California.