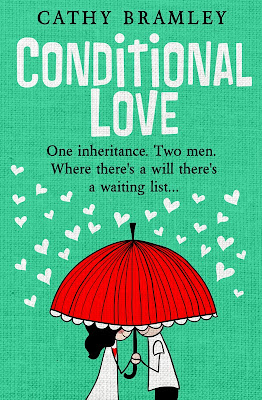 Conditional Love by Cathy Bramley
All her life she has dreamed of her own grand design, so what’s holding her back?

Meet Sophie Stone, a thirty-something, serial-procrastinator. Tesco knickers, Take That, and tea with two sugars is about as exciting as it gets. But when her boyfriend dumps her on Valentine’s Day and a mysterious benefactor leaves her an inheritance, even Sophie has to accept that change is afoot.

There is a catch - a condition in the will that threatens the very foundations of Sophie’s world. What did the old lady want her to discover? Was there more to her parents’ break up than she was led to believe?

With a boss from hell, bickering flat mates, manipulative mother and sexy ex-boyfriend, Sophie has plenty to contend with without the brooding architect who puts his foot in it every time he opens his mouth. Sophie will have to face the past and learn some shocking home truths before she can finally get her own happy-ever-after.

Conditional Love is Cathy Bramley’s debut novel. A coming of age story with a healthy sprinkling of romance, it is a contemporary tale of friendship, family feuds and infatuation, in which our girl-next-door heroine embarks on a journey of self- discovery in order to build a future on her own terms.


Q&A With The Author:

When did you know you wanted to become an author?
I wish I could say that as I child I was fantastic at writing stories, but sadly that would be a lie, although I was pretty good at making up stuff: I once told my mom that my eyebrows had been burned off by the oven, when really I’d shaved them off with her lady shaver! But seriously, I read a book last year by Jenny Colgan called Meet me at the Cupcake Café and I was mesmerized by the characters and the story. I loved it so much that I read it twice, straight through. And then I knew: I wanted to write something that had that same effect on people so Cathy Bramley the author was born!

Would you classify your books as chick lit?  And is this your favorite genre to read?
I double checked the definition of Chick lit before I answered this question! Yes I am proud to say that Conditional Love is a chick lit novel. It has a quirky female lead character, whose relationships with her friends and family as important to her in this story as her romantic liaisons! I adore chick lit as well as less light-hearted women’s fiction. I also love thrillers, romance, family sagas, crime… my name is Cathy Bramley and I’m addicted to reading!

Where did you come up with the premise for your book?
As well as a book addict, I’m a property addict. If there’s a property show on TV, I watch it. I’m a massive fan of Extreme Makeover – Home Edition and can regularly be found, Kleenex in hand, bawling my eyes out and crying, ‘That woman is a saint, she deserves a fabulous house!’ at the TV screen to the embarrassment of the rest of my family. Hence the property theme for Conditional Love. But it’s about more than that. It’s about love in all its many guises and how some loves can be better for you than others.

What can your readers expect next from you?
Hopefully more jolly good fun! I’m working on a new book (working title Holding Back) about three women who meet under embarrassing circumstances at a funeral and vow to help each other change their lives for the better. Unfortunately they all lie to each other and it all goes hideously wrong until they stop telling porkies and own up to the truth about themselves. Out next spring I hope.

Thank you so much, Cathy, for stopping by Book Mama Blog!  I can't wait to get my hands on this book.  It sounds like so much fun! 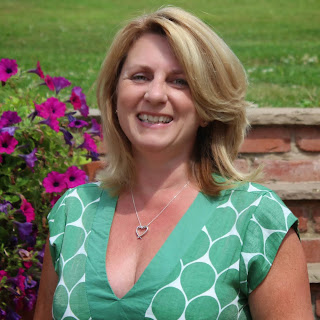 Avid fans of the TV series, Cathy and her husband realized their Grand Designs’ dream of building their own house in 2011. They now live in rural Nottinghamshire with their two daughters and a bouncy dog called Pearl.

This project provided the inspiration for Cathy’s debut novel Conditional Love which will be launched on 4th October 2013. However, it is by no means autobiographical apart from one unfortunate incident in the boardroom! She shares her time between her marketing agency, writing and taxiing the girls endlessly from one activity to the next.