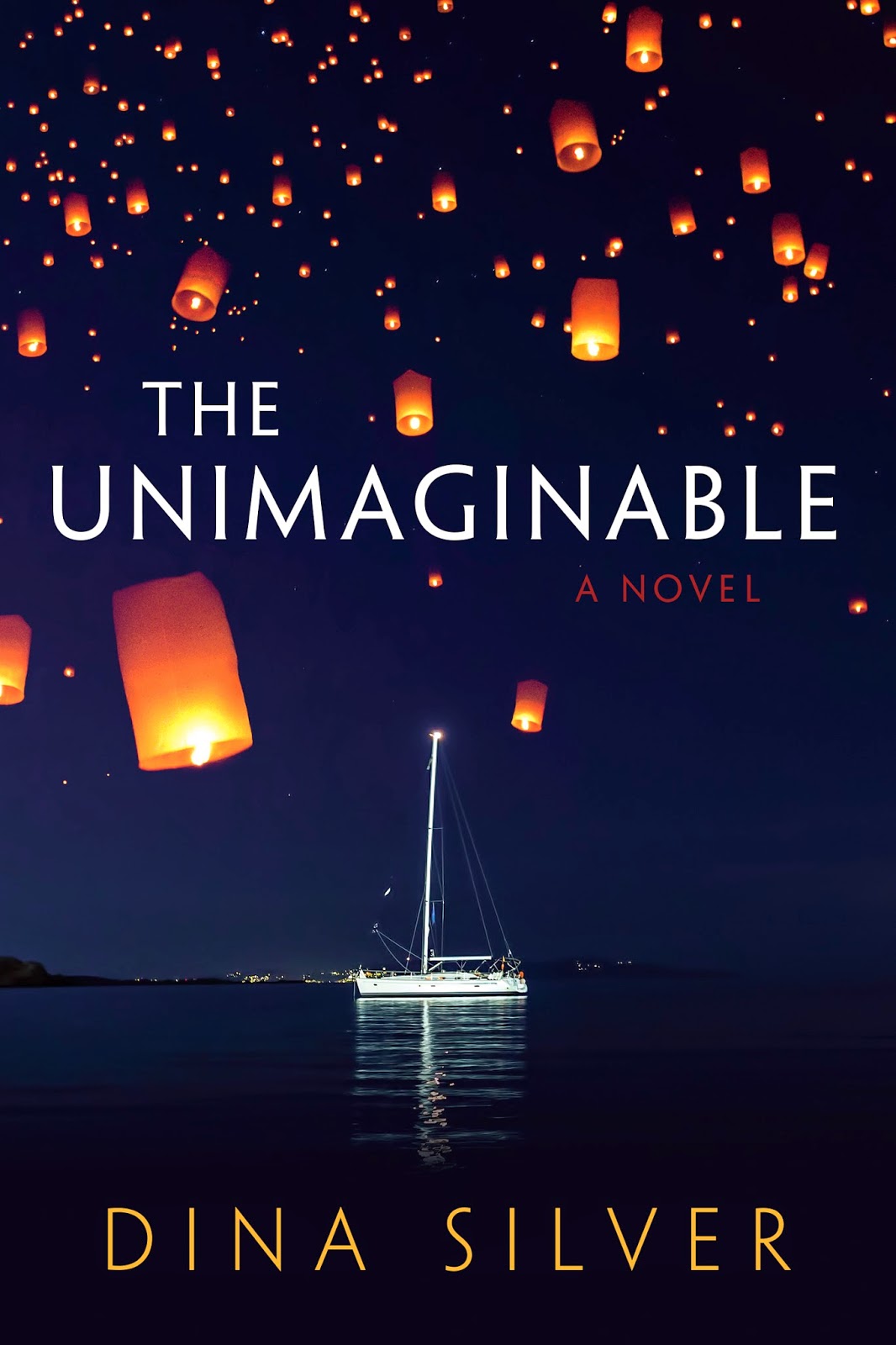 "Dina Silver's deftly woven tale has all of my favorite fictional elements: romance, action and adventure, and a knock-your-socks-off ending. The Unimaginable is simply superb." ~ Tracey Garvis Graves, New York Times bestselling author of On the Island.

SYNOPSIS:
From the author of One Pink Line comes a story about letting go of the past and finding bravery in the depths of fear. Set on the sun-soaked beaches of Thailand and the rough waters of the Indian Ocean, The Unimaginable paints a vivid portrait of a young woman on a journey to find herself—and her harrowing fight for survival.

After twenty-eight years of playing by the rules, Jessica Gregory moves from her small Indiana town to Phuket, Thailand. But her newfound routine is upended with the arrival of Grant Flynn, a captivating, elusive man who is sailing around the world while trying to move on from a past tragedy. Jessica volunteers to help crew Grant’s boat, Imagine, on a passage across the Indian Ocean and finds herself falling in love with him as the voyage gets underway. But when disaster strikes, Jessica must summon her courage as the crew is confronted by unspeakable terrors––and, aboard a boat named for such promise, comes the unimaginable.

Excerpt:
His hand and fingers were slowly caressing my right arm just above the elbow, and every time he paused my heart would skip a beat. I swallowed the lump in my throat and tried to muster the strength to lift my head and look him in the eyes. I wanted to know that things were good between us and there were no hard feelings. His eyes would give me the answers. The eyes always say more than the mouth.

I shifted my body toward him ever so slightly, curling myself even further into his embrace. He tightened his grip on me and then continued to move his hand up and down, rubbing away the chills. I closed my eyes, counted to ten, then opened them and lifted my chin. He immediately looked down at me, stopped moving his hand, and squeezed hard, forcing the tips of his fingers into my arm. I froze. He studied my eyes and then looked away, loosening his grip.

My breathing intensified as I brought my hand to his cheek, brushing my thumb across his stubble and turning his face back to mine. He shifted his body, threaded his fingers through my hair, and rested them at the base of my neck. Just as I inhaled, he bent down and pressed his lips to mine. First, hard and firm, then soft and exploratory as he parted my lips with his tongue. My head went back, and my body fell forward into his arms as his hands tugged at my hair and the back of my shirt.

“Are you sure you want to do this?” I whispered.

“Yes,” he said without a second thought.

He was lifting my legs up onto the bench under the weight of his body when we heard someone cough.
PRE-ORDER
Amazon 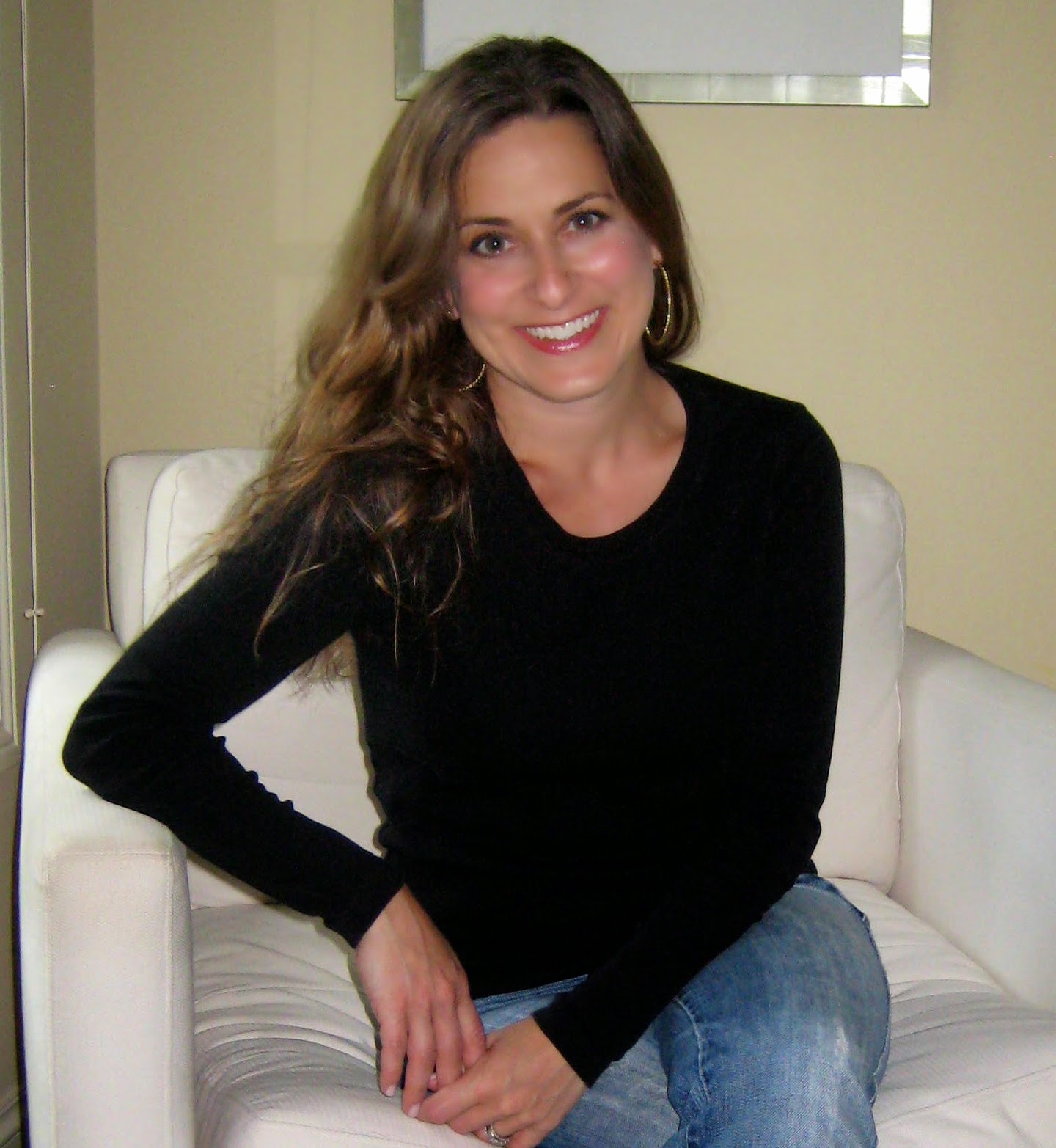 About the Author:
Dina Silver is an author, a wine drinker, and an excellent parallel parker. She is the author of Kat Fight, Finding Bliss, and One Pink Line, which was chosen as a 2012 Top Title by IndieReader and was a finalist in their 2012 Discovery Awards. She lives with her husband, son, and twenty-pound tabby cat in suburban Chicago. She’d prefer to live where it’s warm year round, but then she’d never stay home and write anything. 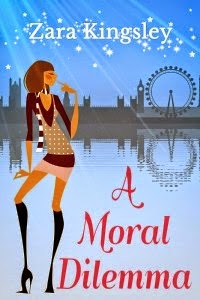 Think you would never date a married man? ... Think again!

Rebecca Hardy isn't a naturally deceptive person, but it seems her boyfriend might be—and when she theatrically catches him cheating, she decides she’s had it with these modern-day men who can’t commit. She has even less regard for these immoral modern day women, who don’t hesitate to prey on men in committed relationships. What is wrong with them?! Don't they care that they're breaking hearts and destroying lives?! Rebecca, with her high morals and family values, would never even consider dating a married man. Which is why her friends are so shocked when Rebecca finds herself doing exactly that—albeit at the fervent request of that man’s very own wife, the notorious Isabella Coombs.

At first, Rebecca likes to think of it as helping someone out—female camaraderie, and all that. But she doesn't expect Isabella’s husband to be quite so charming…or for things to go quite so far.


Excerpt:
Wheelers, was an average enough, discreet British pub, on an average enough discreet City street, and was also Jeremy’s choice location for a not so discreet illicit tryst.
“Look, would you be ordering something or not lass?” the barman asked me with a slight Irish accent.
Shoo shoo shoo I had wanted to say, but for fear of him drawing any more attention to me, and in light of the fact that he was actually blocking my view of Jeremy and Miss Thingy, I quickly deduced that I had in fact better order something. “Coke please,” I snapped off, throwing down a fiver.
“Diet or regular?”
Oh for chrissakes, will you just move! Aargh! “Regular!”
“Ice?”
“No!” rolling my eyes. He actually seemed to be enjoying this little exchange. Maybe he knew Jeremy and knew what both he and I were up to?! No. Not possible.
“Lemon?”
“Look, can you get me a coke or not?” I hissed.
“OK, OK, keep yer knickers on,” he said smiling cheekily and finally turned to go get me a drink. I quickly realigned myself to get a better view over the bar and through the window to the courtyard where Jeremy, the bastard, and Thingy were sitting extremely close to each other and laughing easily at this point. Still not incriminating evidence, but the night was young. I saw Jeremy lean into her and started talking into her ear. I would’ve said ‘whispering’ but he didn’t know how to whisper sweet nothings at the best of times let alone after he’d had a few, which by the way his face was flushed and his tie, usually perfectly positioned, was loosened and off centre, he obviously had.
“There you go now. Coke and change,” said the barman. I ignored him and continued fidgeting with my camcorder, hidden behind by handbag, whilst still keeping a sharp eye on the fornicators. “Pity you don’t get to catch the conversation with those things from a distance.”
“Excuse me?!”
“You need to get up real close to them to record conversation.”
“I haven’t the foggiest idea what you’re talking about,” I said turning beetroot, and started to scuffle about with the camcorder, desperately trying to stuff it back into my bag.
“Oh,” he leaned back comfortably against the bar, folded up his arms and nodded toward Jeremy and Thingy. “I thought for a sec you were spying on that pair.”
“I beg your pardon?!” trying my best to sound alarmed but at the same time careful not to draw any attention to myself…
“Oh, it’s no skin off my nose either way,” he said, “but let’s assume you were spying on that pair.”
“Which I am most definitely not!” I said furiously, whilst still trying to shove my camcorder back into my bag, but what, with my current state of panic and the fact that every time my head bent down my wig was starting to slip forward, I couldn’t quite manage it.
“Ah, but, if you were, you’d be doing it all wrong.” I looked up at him from under the fringe of my wig. “You’re too far away to even know what’s going on.”
“As I’ve already told you, I am not spying on anyone. But IF I were, I am able to see quite clearly exactly what’s going on.”
“Ah jaysus, you can’t tell a thing from what you see. They could just be having a great crack, with nothin’ in it at all.”
“Oh he’s having a crack all right.” I slumped on the bar, completely fed up, with the camcorder sticking out recklessly from my bag. I’d given up trying to tuck it away, just as I’d given up trying to film them. He was right of course. The barman. The footage I’d so painstakingly gathered proved nothing at all. Jeremy would be able to talk his way out of this one in a nano-second, and I knew that I’d believe whatever he would tell me, as per usual, because although I had doubts, many, many doubts, I never ever had any real concrete evidence of any disloyalty. We watched them silently for a few seconds, but when Jeremy slipped his hand up Miss Thingy’s skirt and started talking into her ear again, I just squeezed my eyes shut so I wouldn’t have to see, and so the barman couldn’t see the tears of humiliation that were starting to well up.
“Look, just pass it here,” he said reaching out his hand to me.
“What?”
“The camcorder. I’ll get up close and record what they’re saying for yer.” I gave an incredulous stare and opened my mouth to say something, then as if on autopilot, I handed him the camcorder. “Ah, you can thank me later,” he said with a wink. And was off. Headed in their direction with the camcorder hidden underneath a bar towel on a tray. My heart started hammering against my ribcage and I wanted to dive under the bar and hide as he got to their table and started hovering, collecting glasses, wiping, and re-placing ashtrays. I half expected Jeremy to look up and wave at me but he didn’t even notice the barman floating around. Too engrossed in impressing Miss Thingy, which by the way she was giggling and batting her false eye lashes at each word he uttered, seemed easy enough to do.

About the Author:
Luckily I was born and raised in a City I love living in: London, UK. And it’s just as well, as I can barely afford to go on a camping holiday much less move. I have a gorgeous 9yr old daughter, yeah, I’m a single mom, (judge me later), and I like to think of myself as a yummy mummy, when in reality I’m still working on shifting this damn cellulite of my ass. I do actually make it into the gym from time to time, but mainly to appreciate the…ahem …view :)

So what kinda stuff do I write?
Well, I write what I love reading, Romantic Comedy and the original kinda British ChickLit. I don’t do vampires, werewolves, or horror, because sheesh, I wanna sleep at night. In my bed. Not underneath it. So if you like Bridget Jones or Shopaholic, then you might dig my stuff.

My heroines are women in their late twenties / early thirties. My heroes are hot, cute and not too hunky. My stories are about life, love and friendship, with a few twists and turns and tons of fun. They’re not particularly deep, nor meaningful, they’re a lighthearted, easy read, that go well with a glass of wine and a few chocs, and just might make you laugh out loud.