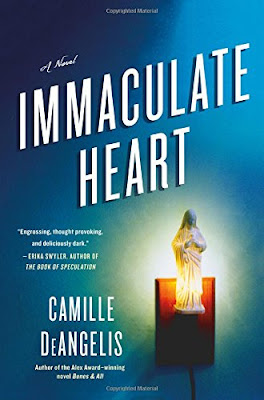 About the Book:
When visiting Ballymorris in Ireland for a funeral, a down-on-his-luck American reporter learns of a story that happened only months after his last visit many years before. A group of four teenagers, three of whom are family friends, claimed to have been visited by the Virgin Mary. Almost twenty years later, one of them denies it ever happened, another has left the small town, never to be heard from again, another has become a nun, and the fourth has been locked away in a psychiatric ward for many years. At the time, news of the visitation brought much wealth and tourism to this dreary Irish town, but as the years went by, and after the Pope refused to officially recognize it as a true Marian Apparition, what had been seen as a miracle began to feel like a curse, and this reporter believes there is more to the story than the townspeople are letting on.

As he seeks out each of the four stories, each begins to take a different and sinister turn. Surrounded by secrecy and confusion, the journalist must decide how much of what he's uncovering is the truth, how much of it is lies, and much he can trust the four witnesses-one of whom he's become infatuated with-or for that matter, himself.

Immaculate Heart is a novel where nothing is certain and everything should be questioned. Camille DeAngelis will leave you guessing what is real and what is only just a vision. 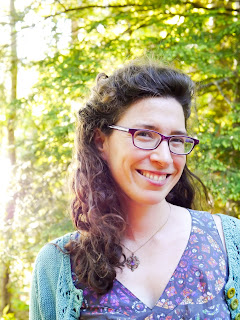 About the Author:
I'm the author of three fantasy novels for adults (Mary Modern, Petty Magic and Immaculate Heart) and a YA-crossover novel called Bones & All. I've also written a first-edition guidebook, Moon Ireland, as well as an as-yet-unsold children's novel that is, paradoxically, my favorite thing out of everything I have written so far. You can read about that "book of my heart," The Boy from Tomorrow, on my friend Nova Ren Suma's blog.

I love reading and writing about the supernatural: my second children's novel (in progress) is a ghost story, as is my first published short story, "The Coroner's Bride."

I've got plenty of other irons in the fire, besides: I'm veganizing an 18th-century Scottish cookbook, mulling over ideas for at least three more adult novels, and I'm also working on a treatise of sorts called Ego Management for Artists.