Blame It On The Fame - Review 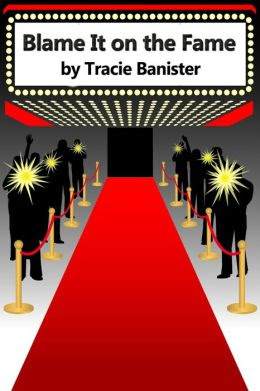 “And the Oscar for Best Actress goes to …”  There are five VERY different woman who are all anxiously awaiting the name at the end of that sentence, but not everyone wanting it to be their name called.

There is Danielle Jamison, a two time Oscar nominated actress who is not the sweet Kansas girl that she portrays to the public.  Instead, she’s a queen bee who bosses people around and only spends time with her kids when she knows the media will be around to see her.

Then there’s British actress, Philippa Sutcliffe, who is a star of stage, screen and television.  Her response to being nominated was less of excitement and more of disinterest.  Philippa feels that the Oscar winners are based more on popularity than talent and could care less about her nomination and even less about winning.

Anaya Reynolds is not your typical Oscar nominee.  She is a pot smoking, tequila drinking model turned actress.  If she wants any chance of winning this prestigious award, she better learn to keep her panties on and her bare bottom out of the paparazzi’s lens shot!

Jordan Schaeffer, daughter to two well-known actors, definitely has the pedigree of an Oscar nominee.  With all of her parents celebrity connections in Hollywood, one would think that she would be a shoo in to win the coveted golden statue.  But just because your parents are the king and queen of Hollywood doesn’t mean that the trophy will automatically go to you.

Laurel Hastings is no rookie to acting, but her mental health forced her to take a break from it.  Thinking that it may fulfill her need for creativity, Laurel decided to start acting again.  Had she known that she would be nominated for an Oscar, Laurel would’ve never even considered acting again.

Go behind the scenes with the nominees as they smile for the press, talk trash behind each other’s backs and each go through their own personal struggles.  Life in the lime light isn’t always fancy cars and shopping sprees.  There are struggles that no one else sees, but you never want to blame it on yourself.  Instead, it’s easier to Blame It On The Fame!

Blame It On The Fame is Tracie Banister’s debut novel.  I thought she did a great job giving the reader a behind the scenes look at the life of a celebrity.  I enjoyed the uniqueness of each character and the parts they played in the story.  I found myself rooting for certain celebrities to win and hoping others wouldn’t.  Overall, I found this book to be very enjoyable and humorous.  I felt that the author did a great job keeping me engaged and wanting to see what was going to happen next.  I would definitely recommend this book to someone looking for a fun, entertaining and captivating read.  Tracie Banister’s second novel, In Need of Therapy, is also out.  (You can read my review at Chick Lit Central if you click HERE.)  I really enjoy her books and look forward to seeing what she’ll come up with next! 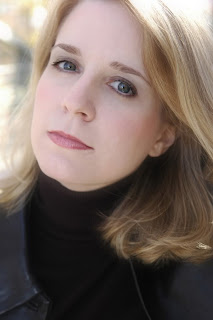 An avid reader and writer, Tracie Banister has been scribbling stories since she was a child, most of them featuring feisty heroines with complicated love lives like her favorite fictional protagonist Scarlett O'Hara. Her work was first seen on the stage of her elementary school, where her 4th grade class performed an original holiday play that she penned (Like all good divas-in-the-making, she, also, starred in and tried to direct the production.) Her dreams of authorial success were put on the backburner when she reached adulthood and discovered that she needed a "real" job in order to pay her bills. Her career as personal assistant to a local entrepreneur lasted for 12 years. When it ended, Tracie decided to follow her bliss and dedicate herself to writing full-time. Her debut novel, the Hollywood-themed Blame It on the Fame, was released in January, 2012. And she followed that up with the fun and fizzy romantic comedy, In Need of Therapy.