Saved By You - Giveaway

Saved By You - Week Blitz
By Helen Conrad

Bad boy Kane's image is what gets him the job protecting Annie and her Hawaiian ranch but it's an image he's restless to shake.  This time he wants to get the girl--not the blame.

Annie Ventura needs Kane to be a tough guy, but what she falls for is the tenderness.  Now she has to figure out how to handle both sides of this irresistible man who is dredging up secrets from her past.

Kane Carrington can't resist a call for help from the girl he secretly loved in high school.  He goes back to his Hawaiian home, only to find he's still the "bad boy" to her golden girl image.  But now he's a man, not a boy and Annie Ventura can't resist him.  But does he have to destroy her memories of her dead husband in order to seal the deal?

As they work together to get to the bottom of the harassment she’s been experiencing, memories return and emotions are rekindled.  Annie learns that protecting the past for her son just might lead to her losing their future.  Kane begins to understand his family and his place in it—and how important it is to build bridges instead of blowing them up.

SAVED BY YOU is book #1 of  Destiny Bay Romances-The Islanders.
The full set:

Book 1-Saved By You  - Add to Goodreads

Book 2-Found By You – Add to Goodreads

Book 3- Tempted By You – Add to Goodreads

Book 4-Rescued By You - Add to Goodreads

Emotions were usually pretty deep with him. He didn't like to let them get too near the surface. But for just a moment, he'd stopped and turned slowly, taking it all in, remembering a past that could never be again, missing it, missing home and actually feeling a slight stinging in his eyes.

And that was when she got him.

"Okay, you bastard, hold it right there. Don't make a move."

At the same moment the voice hit him, both barrels of a shotgun were jammed very hard and very painfully into the small of his back, and he groaned in disbelief. He hadn't even heard her coming up behind him. He shook his head. He was losing it.

"I'd like to blast a hole right through you. How would you like that, you slime ball?"

The barrel jabbed him. "Don't try to talk, dirt bag. Just start walking. I'm going to walk you right off my land, and then I'm going to call the cops. And the next time you come slinking around I'm going to blow your brains out. You got that?" She jabbed him again to get him going toward the road. "And you can tell Bart Carlson I'll do the same for any other of his pathetic flunkies that he sends over here to screw up my life."

It took only one quick twist and a little leverage, and he had her on the ground, his big body holding hers down, the shotgun wrenched from her grasp and sent spinning in the dust.

But that didn't mean she gave up. Not by any means. She fought like a wildcat, spitting and scratching at him with fury. It took both his hands to hold down hers, and the full length of his body to hold her captive.

"Cut it out, Annie," he growled at her, annoyed that she wasn't giving up even once she'd realized his superior strength. "I'm not going to hurt you."

The sound of her name was what seemed to still her for a moment. She stared up at him and he stared down at her, wondering if she had any idea that they had known each other before.

She'd changed. But her hair was still blond, still a mass of shimmering tangles that seemed to go on forever. Her body was still slim and lithe, but there was a strength to her he wouldn't have thought she would ever possess. She was still squirming beneath him, but it was beginning to feel good. He glanced at her cotton blouse, all askew and revealing the soft curve of her breast and a tiny strip of lace.

"Don't," she spat at him fiercely.

He looked up. Her face was older, naturally. The crystal blue eyes he remembered so vividly were wary, haunted by pain and struggle she couldn't have dreamed of in her younger days. And she wasn't laughing. In his memories, she was always laughing.

There was no sign of recognition. Didn't anybody remember him? Had he been erased from the minds of an entire community?

Helen Conrad is an award-winning, best-selling author (over 15 million books sold) of heart-felt--and often humorous--contemporary romances, most of which are spiced with a little heat.  She's published more than 99 romances under various pseudonyms with Harlequin, Silhouette, Mills and Boon, Loveswept, and others and is currently revamping the best of her backlist, creating the Destiny Bay Romances Series about a rich, influential family living along the Central California Coast, Arizona and the Hawaiian Islands.  The Carringtons are good-looking, fast-driving, hard-hitting men and women whose impulses lead them into trouble--and inevitably, into love--every time.  Saved By You is the story of Kane Carrington who returns to Hawaii to settle old scores and revive a lost love. 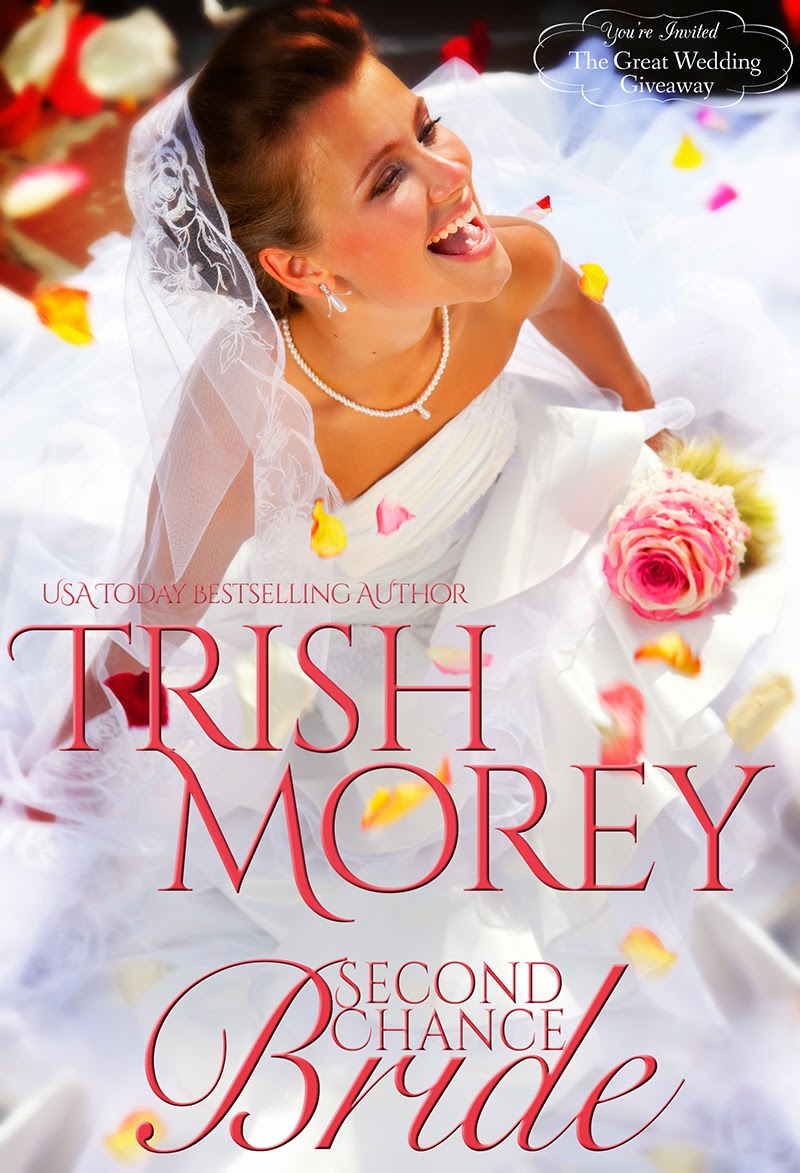 Second Chance Bride by Trish Morey is the second book in the Montana Born Bride Series. I am a sucker for bride books and this series is going to be one of my favorites.

Second Chance Bride had me intrigued me from the first page.  I could tell that it was not going to be your typical bride or jilted bride story and boy was I right! I loved that it opens in Australia, and could picture Mitch and hear that sexy Aussie accent. Scarlett just delighted me with the way she worked things out in her head.

Scarlett and Mitch meet under quite unusual circumstances and then go their separate ways after a not so great beginning only to run into each other again on the street after Mitch helps save her from a drunk. Scarlett offers to buy Mitch coffee (really that is all she can afford.) Scarlett is in Australia, because she wanted to surprise her cyber boyfriend only to be surprised herself. She had only bought a one way ticket and needs to get home to Marietta Montana to help take care of her ill mom and give her sister a break. Scarlett had been trying to find work so that she can get the air fare. Mitch feels like he needs to help her because she reminds him of his sister (he wishes someone would have helped her) and offers her a business proposition. Scarlett would pretend to be his girlfriend at a wedding where he is the best man and in exchange all expenses would be paid and he would buy her plane ticket home. Mitch had been dreading going to the wedding because the groom is marrying his ex-girlfriend and at least with Scarlett there it will much more enjoyable.  Of course neither of them had counted on their undeniable spark flying chemistry as they get to know each other during all the festivities.

I loved this story; it was fast paced, filled with charming characters, sexy, sweet and everything you want in a great romance story. I also enjoyed getting to know about parts of Australia that I had never heard of and I liked the comparisons to Montana and the story does end in the lovely Marietta. I wish this was real town I could move to. This was the first book I have read from Trish Morey and it won’t be the last.  I highly recommend it! 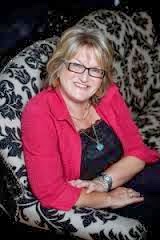 About the Author:
I'm a USA Today Bestselling author of thirty Harlequin Presents romances,
all featuring  strong alpha heroes and the women who can tame them,
(with some pretty hot sex along the way:-))

A couple of exciting new releases - Book Five of the Chatsfield Continuity from Harlequin Presents - Tycoon's Temptation - set mostly in South Australia's world famous Coonawarra wine growing region.
Tycoon's Temptation will be on the shelves in September or October.

Plus, in an exciting new venture, I've a novella launching with Tule Publishing - Second Chance Bride will be an April 7 release.

I've also contributed to a gorgeous little romance writing craft book, put together by the wonderful Jane Porter, with contributions from some of my favourite authors. It's a nifty little book full of helpful advice and exercises, with some fabulous insights. It reads like you're sitting down having a natter with a great group of authors and it's available from Amazon. If you're an aspiring writer, do yourself a favour and pick up this little gem.