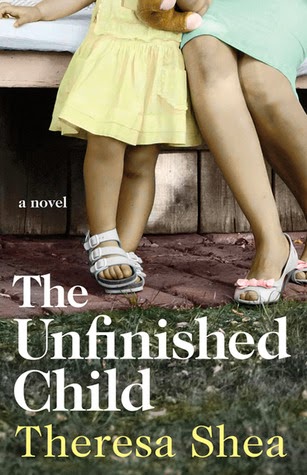 In the 1940s, when you gave birth to a child with a severe disability, it wasn’t uncommon to institutionalize the child.  But it still came as a shock to Margaret, after giving birth to a mongoloid child, to be told that it would be in the best interest of her and her family to immediately place the baby where she would be housed with others like her … “the retards, mongoloids and imbeciles.”  Although Margaret was reluctant, she signed the baby over to Poplar Grove (an institution for the mentally handicapped) and trusted that it was the best choice for everyone.

(Fast forward to the present)  Thirty nine year old Marie is married and the mother of two.  Her best friend, Elizabeth, has been wanting a child for many years.  After failed attempts at conceiving and unsuccessful fertilization procedures, she’s reside to the fact that she may never have a child of her own.  Although she was adopted, she’s not sure that adoption is the route that she wants to take.  But as she continues her struggle with infertility, Marie finds out that she is once again pregnant.  However, she can’t shake the fear that something’s not right with the baby and decides that doing genetic testing may give her the answers she needs to clear her mind.  But when she gets the results of the amniocentesis is she prepared for what the results may be?  And how do the lives of women from different decades connect in this dramatic and captivating novel.

When I was asked if I would be interested in reviewing this book, I jumped at the offer.  It not only sounded like a great story, but I have been a huge advocate for children with special needs for over 20 years now!  As a mother of a daughter with special needs, this book hit home for me.  I have to give much praise to the author.  The book was well written, the characters felt so real and she kept my attention from the first page to the last.   I absolutely loved this book and absolutely recommend it to others.  This is not only a must read for parents of special needs children, but for anyone who has faced struggles in their lives and have fought to overcome them. 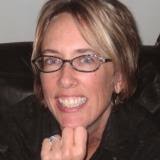 About the Author:
Theresa Shea is a novelist, freelance writer, University lecturer, and mother living in Edmonton, Alberta, Canada. Her debut novel, The Unfinished Child, was published to favourable reviews in the spring of 2013 by Brindle & Glass.
Born in Silver Spring, Maryland, Shea has lived in Virginia, Japan, Minnesota, and Illinois. In 1977 she moved to Canada and settled in Edmonton before moving to Jasper, Montreal, Kingston, and Gibsons Landing on British Columbia’s beautiful Sunshine Coast. However, the magnetic North keeps drawing her back, and she currently lives in Edmonton again with her husband, three homeschooled children, and one golden retriever.
Shea attended McGill University (BA), Queen’s University (MA), and the University of Alberta (Ph.D). The Unfinished Child draws on her experience of coming to motherhood later in life, at the age of 35, and being caught off guard by genetic counselling, prenatal testing, and the culture of fear surrounding pregnancy.
Currently, she is working on her second book, a novel set in Washington D.C. that deals with the civil rights movement in the 1960s.