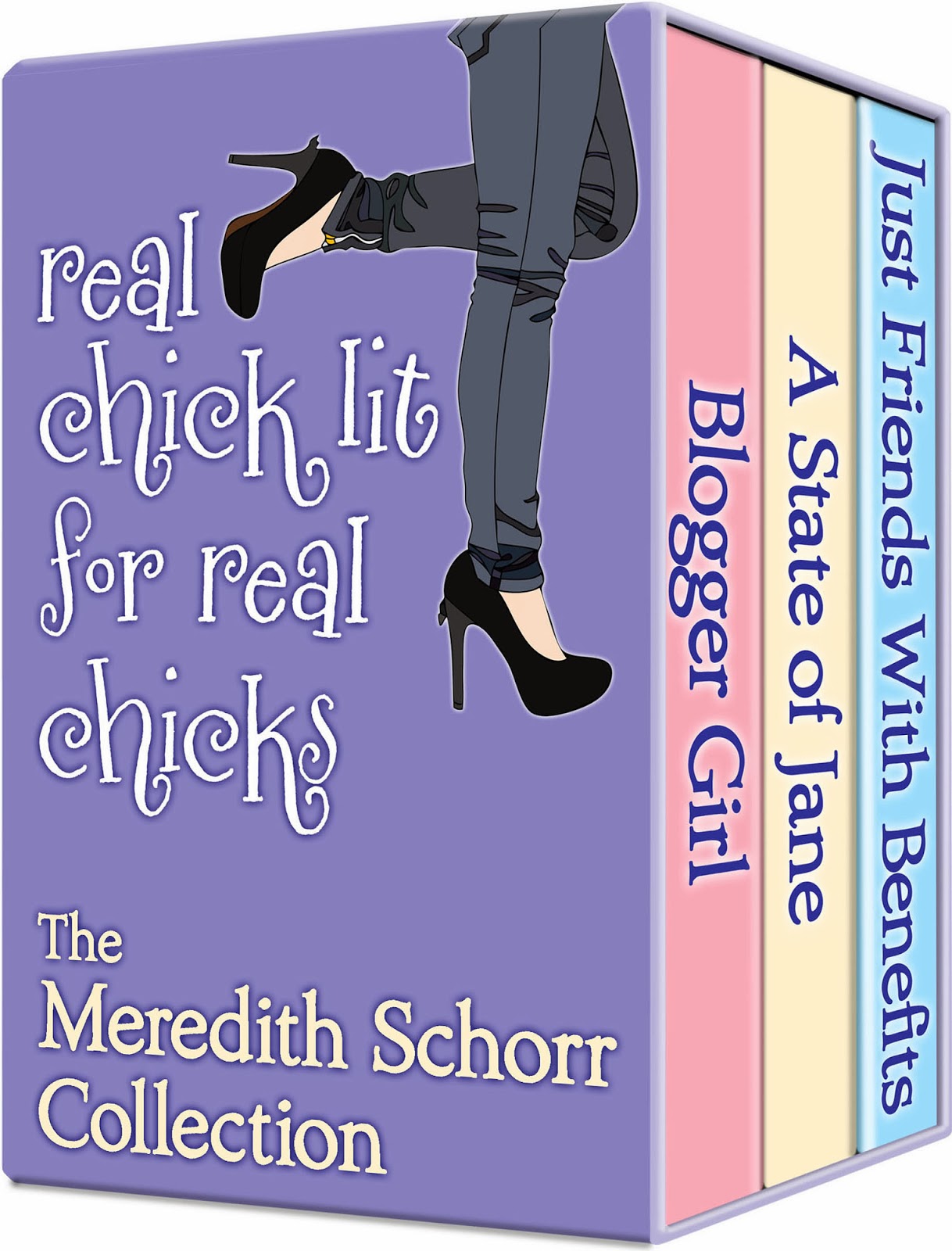 This boxed set brings together three favorites from bestselling chick lit author Meredith Schorr. Blogger Girl follows Kimberly Long, a book blogger asked to review the debut novel of her high school nemesis. In A State of Jane, “good girl” Jane Frank is looking for love, but when all of her dates flake out on her, she decides to turn the tables. In Just Friends With Benefits, Stephanie Cohen is determined to turn the one who got away into “the one” despite advice from a friend not to put all her eggs in one bastard. Meredith Schorr’s characters are believable, relatable, and authentic—women who are easy to root for, despite their flaws. The stories are humorous, heartfelt, and definitely real. 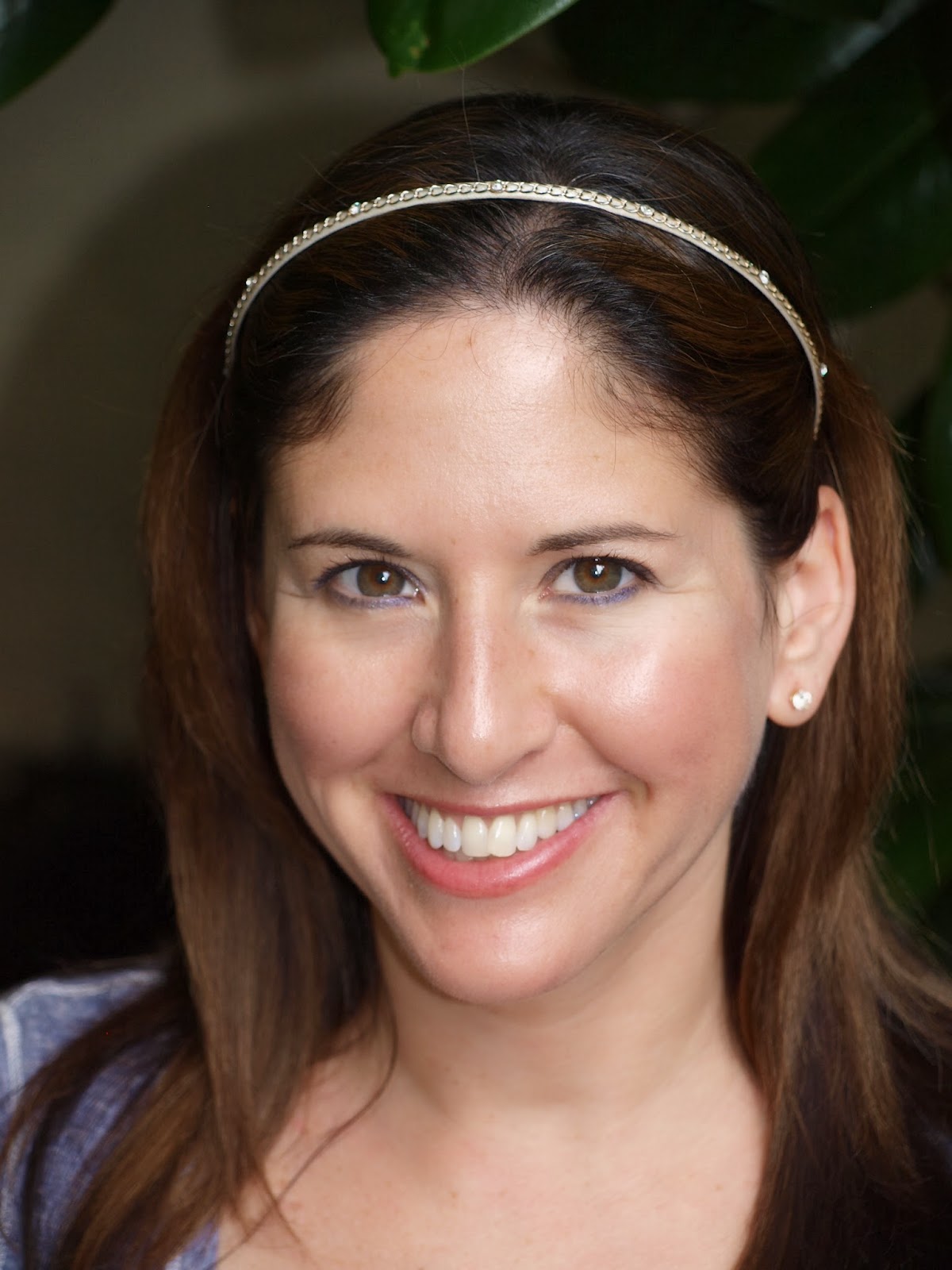 A born and bred New Yorker, Meredith Schorr discovered her passion for writing when she began to enjoy drafting work-related emails way more than she was probably supposed to, and was famous among her friends for writing witty birthday cards. After trying her hand writing children’s stories and blogging her personal experiences, Meredith found her calling writing “real” chick lit for real women.  When she is not hard at work on her next novel, Meredith spends her days as a trademark paralegal.  She is a loyal New York Yankees fan and an avid runner. Meredith is the author of three published novels, Just Friends with Benefits, A State of Jane and Blogger Girl. 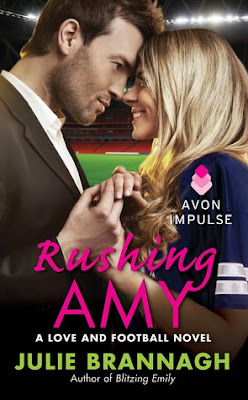 For Amy Hamilton, only three Fs matter: Family, Football, and Flowers. It might be nice to find someone to share Forever with, too, but right now she's working double overtime while she gets her flower shop off the ground. The last thing she needs or wants is a distraction … or help, for that matter. Especially in the form of gorgeous and aggravatingly arrogant ex-NFL star Matt Stephens.

Matt lives by a playbook—his playbook. He never thought his toughest opponent would come in the form of a stunning florist with a stubborn streak to match his own. Since meeting her in the bar after her sister's wedding, he's known there's something between them. After she refuses—again and again—to go out with him, Matt will do anything to win her heart … But will Amy, who has everything to lose, let the clock run out on the one-yard line?


A few minutes with Amy Hamilton of RUSHING AMY
Amy was minding her own business an hour after her sister’s wedding reception when Matt Stephens strolled into the hotel ballroom: Tall, dark and unforgivably late. He stole Amy’s heart, but it took him a little while to do so. Let’s find out what Amy’s up to, shall we?

JB: I’m glad you had a few minutes to talk with me, Amy. How is Matt?
AH: (laughs a little) Matt’s fine. He made a huge success out of Lifechangers, Inc., the micro-credit firm he started to loan money to women-owned startups. His mother and a couple of other partners are running the business now. Matt’s taken on another challenge, which readers will find out about in an upcoming Seattle Sharks novel. Let’s just say he’s enjoying it!

We’re trying to sneak off for a little time alone whenever we can. It’s a challenge these days! Samantha has a brother, Jonathan, and a sister named Jessica now.

JB: So, you’re still working at Crazy Daisy?
AH: Yes, I am. I took some time off when Jonathan and Jessica were born. I have several employees now, so things run smoothly for the most part. I love my business, but I also cherish every minute with Matt and the children. Samantha will be off to college before we know it.

(Amy lowers her voice.) Samantha met a guy her age at her mom’s styling salon recently. He asked her out for a hot chocolate, and they’ve been talking on the phone a little. Laura and I have been keeping it a secret from Matt, who completely loses his grip every time he even thinks about Samantha talking to a boy!

JB: You’re going to tell him, right?
AH: Oh, I’ll tell him, probably tonight. (Breaks into laughter again.) He bought me some new lingerie earlier this week, and – well, it’s probably TMI, but Matt has a tough time being anything but really, really happy when I wear whatever he bought for me…

JB:  Is there anything else you’d like to tell our readers?
AH: I am so in love with my husband and our family. I hope you’ll enjoy reading how Matt and I fell in love in RUSHING AMY, and we’ll be showing up in other Seattle Sharks novels, too.

About the Author:
Julie Brannagh has been writing since she was old enough to hold a pencil. She lives in a small town near Seattle, where she once served as a city council member and owned a yarn shop. She shares her home with a wonderful husband, two uncivilized Maine Coons and a rambunctious chocolate Lab.