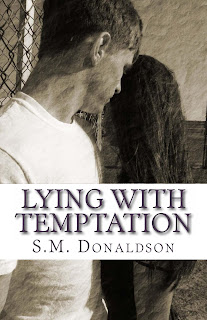 Lying with Temptation Book Description:
Gabby Lewis is your all American girl, she’s athletic, smart, and gorgeous and doesn’t have a clue that she is. She’s always been a very loyal friend and popular by association, until the end of her high school senior year when her best friend and the guy she thinks she’s in love with betray her. The worse part of it is that her business and embarrassment become the talk of the entire small town she lives in. She takes an early admission to college along with her best guy friend Cade; she’s going to turn over a new leaf in life. Linc Addison is a star athlete and one of the most sought out quarter backs in the Southeastern United States. He’s the boy next door, who feels like his entire life he’s been used for his talents mainly by his father. The only person he’s ever really been able to count on is his cousin Russ. His high school girlfriend, cheated on him constantly, but wanted to keep him around so she could keep the correct social status. Now that he’s rid his life of her, he’s moved on to welcome the college life. The day Linc walked in his coed dorm room and saw Gabby unpacking he felt like he’d won the lottery and lost his ability to make complete sentences. She turned around to see one of the most gorgeous creatures she thinks God has ever put on this Earth. Can they break down each others walls, and find the peace they seek with each other; can they take on all of the temptations and obstacles that come their way? This is the first book in the Temptation Series…


Buy Lying with Temptation on Amazon 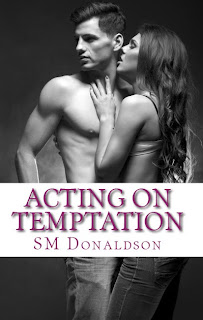 Acting on Temptation Book Description: Anna Lewis is just tired. She’s tired of being predictable. She’s tired of khaki skirts, sweater sets and pearls. She’s tired of her overbearing mother trying to push the Perfect boyfriend on her. She wants to stand up for herself do normal things kids her age do. She’s eighteen not thirty-eight. With her mother still on her case, an ex-boyfriend who’s an ass that won’t leave her alone, it’s not going to be easy. She was ready to move on with her life, leave the step-ford wife her mother was trying to turn her into behind. The only way she sees of doing that is going off to college. She’s always admired the strength that her sister Gabby radiates and wishes she could be more like her. After Gabby asks her to come to college with her and live in the house with her and her roommates how can she turn it down? Russ Addison has pretty much always been a football star. Going to college with that status could get him any girl he wants, with no strings attached. That is until he was introduced to her. He was in pure awe over the angel he met last year, Anna Lewis. He was both excited and scared about the possibility of living with her. Her sister and everyone else in the house had threatened him and his balls to stay clear of anything romantic with Anna. He would just have to stay away from her in the romantic sense and be her friend…Her best damn friend. Because he knows he’ll never be good enough to be anything more to her. After everyone is moved in and ready to start the fall semester, Russ starts to figure out that everything may not be what it seems with Anna. He also realizes that he can’t stay away from her no matter how much he tries. Anna knows she can’t seem to have enough time with Russ and she can’t help but wonder why he thinks so little of himself. Will they be able to stay away from each other or will they have to act on the temptation of each other.


It is also intended for mature audiences 17+

I’ve got to get up and go take a freakin cold shower so I can go to sleep…I can hear her breathing . It’s taking everything I have in me not to crawl over there. I get in the shower and I smell her soap, her shampoo, jeez this girl…I think I’m going to have to move out just so I can date her. After a LONG COLD shower I walk back and climb into bed. The next morning I wake up to a blood curdling scream. I look over and I don’t see Gabby in the bed. I run out in my boxers about that time Cade is coming out of her bedroom in his boxers. Gabby is in the bathroom screaming, we can hear stuff being thrown around in there, I’m scared someone has came in and is hurting her in there. Cade and I try to open the door but it’s locked… Cade yell’s at her, “Gabby what’s wrong open the damn door!” She still screaming, I look at Cade and he looks at me we both throw our shoulders into the door breaking the frame so we can get in. We both stop suddenly as we bust in. Cade looks at Gabby, “Crap Really Gabby! A damn mouse you had me and Linc break the door for a freaking mouse!” I was about to be pissed too until I saw her up on the vanity in nothing but a towel. She’s mad, “Cade get it out of here, you know I hate those things.” Cade rubs his head, “I should leave you in here with it Gabby, why didn’t you just run out of the bathroom?” “Well because it was blocking the door.”

S.M. Donaldson is a wife and mother based on the Gulf Coast of the Florida Panhandle. She’s funny, sarcastic and has been known to have a potty mouth. She’s worked in many different fields in her life but, she has always dreamed of writing short stories and books. She recently penned her first series of novels Sam’s Choice and Sam’s Fight for Freedom. She is currently working on The Temptation Series.
To learn more about S.M. Donaldson visit her at:
Website
Facebook
Goodreads
Twitter

a Rafflecopter giveaway
Posted by Book Mama at 7:43 AM No comments: