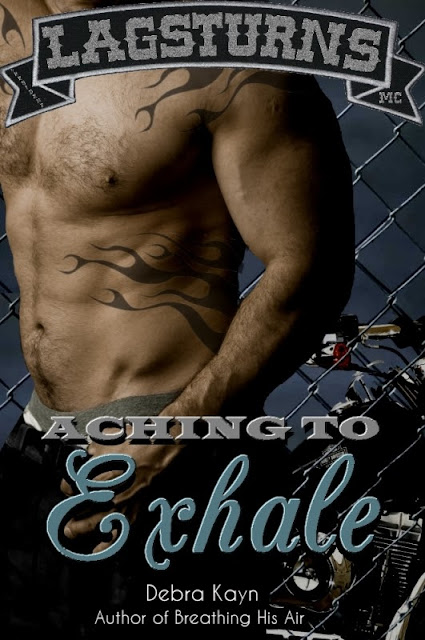 Aching To Exhale
By Debra Kayn

Raul Sanchez, president of the Lagsturns Motorcycle Club, proved himself over the span of eight years to lead the outlaw bikers. No longer able to distinguish right from wrong, the undercover FBI agent is after blood when he finds out the Mexican Mafia took his woman. When he finds out his other half is still alive, he sheds the badge, throws himself into chaos, and seeks biker justice. Because any man who touches his woman is going to die.

Swinging on a pole in a seedy lounge in Palm Springs, Crystal Rose works to keep herself one-step away from trouble.With a prior rap sheet of pissing off a rival MC president, shacking up with a crazed out drug addict who used her for collateral against the Mafia, she’s one day away from disaster. All she wants is the one man who rocks her world. But she can't go back, because loving Raul could get him killed. 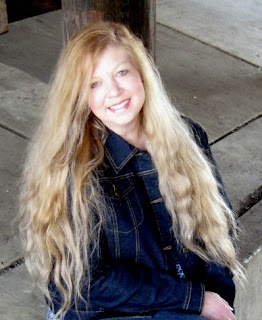 Top Selling Romance Author, Debra Kayn, lives with her family at the foot of the Bitterroot Mountains in beautiful Idaho. She enjoys riding motorcycles, playing tennis, fishing, and driving the men crazy in the garage.

Her love of family ties and laughter makes her a natural to write heartwarming contemporary stories to the delight of her readers. Oh, let's cut to the chase. She loves to write about REAL MEN and the WOMEN who love them.

When Debra was nineteen years old, a man kissed her without introducing himself. When they finally came up for air, the first words out of his mouth were…will you have my babies? Considering Debra's weakness for a sexy, badass man, who is strong enough to survive her attitude, she said yes. A quick wedding at the House of Amour and four babies later, she's living her own romance book.