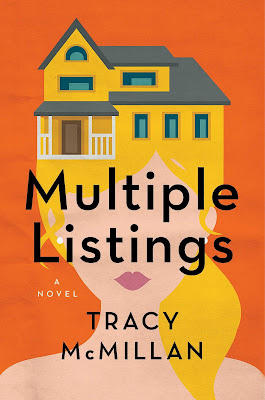 About the book:
What would you do if your ex-con father suddenly came to visit…indefinitely? Family drama ensues when Nicki’s dad unexpectedly wants to move in with her, her son, and her boyfriend in this comedic novel from successful TV writer Tracy McMillan.

Nicki Daniels owns a home appraisal business, but real estate is her true passion: she lives for open houses and really knows her way around a floor plan. And especially at this juncture of her life, real estate has come to signify the stability she is trying to build with her teenage son, Cody, and her much younger boyfriend, Jake. She’s finally ready to find the perfect house for the three of them and work on a new business venture with Jake that she thinks will jump-start their lives together.

Meanwhile, Ronnie, a longtime inmate at a nearby correctional facility, is getting some good news for once—there was a mistake in his sentencing, and he’s eligible to get out of prison. Ronnie decides his best option to avoid homelessness is to move in with his estranged daughter: Nicki. Even though they haven’t spoken in years, her door is always open to him, right?

Imbued with wit and profound insight into relationships, Multiple Listings speaks poignantly—and often hilariously—about the ties that bind families of all types together. 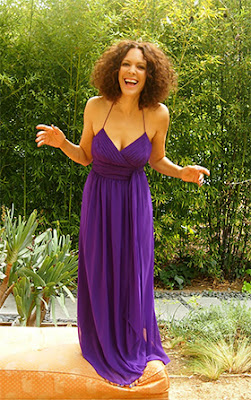 About the Author:
I’m from Minneapolis. I had a really dramatic childhood involving foster care, prison visits and multiple moms that gave me lots of opportunity to interface with some of the darker aspects of human nature. People ask me how I survived and I think it comes down to 1) Finding pretty much everything funny. And 2) Being willing to get a paper route. In winter. In Minnesota.

Naturally, my dramatic childhood led to a rather eventful adulthood, involving multiple cities, husbands, spiritual paths, and careers. If you want all the gory details, read my memoir, I Love You and I’m Leaving You Anyway. But here are the broad strokes: I wrote television news for 15 years, I got married a bunch, I had a beautiful, amazing kid, and I transitioned into writing film, television, and books.

My big television credit is MAD MEN, but I’ve also written on other great shows like UNITED STATES OF TARA and NECESSARY ROUGHNESS. I love writing television so much that even if I won the Powerball lottery tomorrow — which isn’t going to happen because I don’t even buy tickets — I would still want to do it. The only thing that could possibly make me stop is being one of the matchmakers on NBC’s READY FOR LOVE, the most riveting, photogenic, and informative dating reality show ever invented. Watch once — I dare you not to love it!
Connect with the author at:
Website * Facebook * Twitter