It's Not Okay - Review & Giveaway 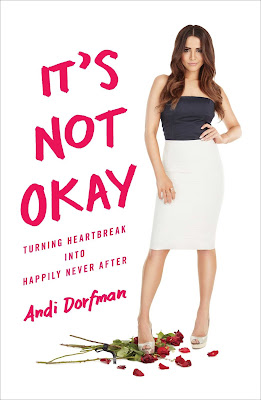 Blurb:
Andi Dorfman, the beloved finalist of season eighteen of The Bachelor who infamously rejected Juan Pablo and went on to star on season ten of The Bachelorette, dishes about what it’s like to live out a love story—and its collapse—in front of the cameras, offering hard-won advice for moving on after a break-up, public or not.

Andi Dorfman, star of The Bachelor and The Bachelorette, talks candidly about what it’s like to be courted by twenty-five handsome, single men in this juicy, insider’s peek at dating—and breaking up—on national TV. She shares entertaining and heartfelt stories about her fellow Bachelor alums—many of whom are still close friends—comes clean about calling out Bachelor #18 Juan Pablo for bad behavior, and reflects on her personal challenges and uplifting experiences in love that she hopes will help you get through your own break-ups with grace and style! 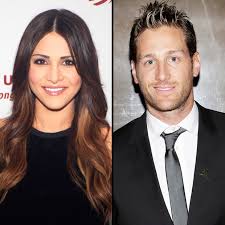 Review by Marlene Engel
I can’t even lie, I am obsessed with The Bachelor/The Bachelorette shows.  Watching 25 men/women vie for one person’s attention is entertaining, but all of the shenanigans that goes on, exotic places they visit, and drama that unfolds is enough to have me set my DVR every week to make sure I don’t miss a single episode.

I watched both seasons that Andi Dorfman was in.  When she was on Juan Pablo’s season, she was very confrontational with him.  She didn’t take lightly to his treatment and told him as much.  Needless to say, she was sent 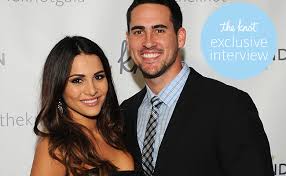 home.  But she was a fan favorite and was asked to be The Bachelorette the next season.  We watched as she weeded out the men to the last two, where she ended up picking Josh.  It’s no surprise that their relationship fizzled fast and now she has a book to give us a glimpse into her time as both one of twenty five contestants in The Bachelor and then her stint as The Bachelorette.

If you are a Bachelor super-fan like me, then you won’t want to miss out on this book.  It has everything you would expect from Andi Dorfman … drama and sass, all in the pursuit of love. 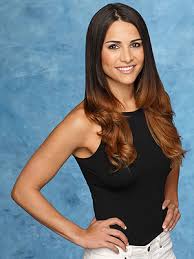 About the author:
Andi Jeanette Dorfman is an American television personality and former Assistant District Attorney from Fulton County, Georgia. She is notable for being a contestant on the eighteenth season of The Bachelor, and the main character on tenth season of The Bachelorette. She became famous for walking out on bachelor Juan Pablo Galavis in the ninth episode of Bachelor. She became the first bachelorette to acknowledge being of Jewish ancestry in the show's history, and the first attorney to appear in this role.

a Rafflecopter giveaway
Posted by Book Mama at 8:19 AM 15 comments: