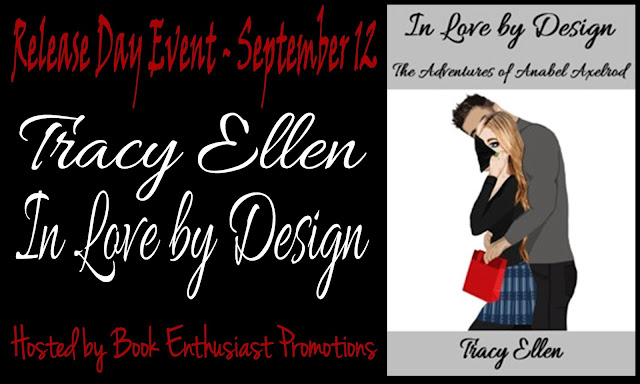 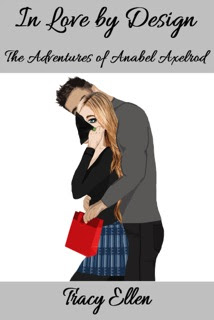 In Love by Design welcomes you back to Northfield, Minnesota and the life of Anabel Axelrod.

Its official--the sexy, blonde bookstore owner with a sassy attitude, a brain that never stops, and a reluctant penchant for helping her family and friends out of trouble has fallen madly in love.

Anabel doesn't get to prove what a fabulous girlfriend she'll make for more than eight hours before Luke disappears out of town. Instead of getting to enjoy being a girl passionately in love, Anabel’s shiny new feelings and trust in her boyfriend are immediately being tested.

Who is the darkly powerful and charismatic Luke Drake? What are his secrets? Does he really love Anabel, or has he been manipulating her to further an intricate plan of cold revenge in the making for over twenty years?

This third book in the series finds the confident Anabel desperately needing her sense of humor and all her understanding of human nature to deal with life. But Anabel soon learns the hard way she has even bigger issues to worry about than family problems and an incredibly hot, but very tricky boyfriend.

She’s made some bad enemies recently and someone wants her dead. After the first attempt on her life, Anabel and Luke team up to solve this mystery, but Anabel is beginning to wonder if she can trust her Dark Prince. Or Is this one fairy tale where love does not conquer all? 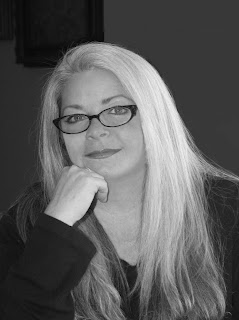 Meet Tracy Ellen…
For all of my life, I’ve always had a thing for shoes that make me say “Oh, yum!” and for reading romance novels written about hot, dangerously smart men and sassy, intelligent women. It’s not an exaggeration to say I’ve avidly read everything I could get my greedy little hands on to find these jewels.

One day this past year or so, I realized that I spend more money on books now than I do on shoes--and I was stunned. Should I be ashamed of this fact or proud? Then an even stranger thing happened. It was like a switch turned off/on inside me. All of a sudden instead of wanting to read about diabolically sexy men, I wanted to write my own story of the building hot romance between a lippy, confident woman and a gorgeously mysterious man.
So began my budding writing career. Then I made another happy discovery—I absolutely love writing and still have a thing for shoes! Since then, my self-published books include A Date with Fate and Courted by Karma in The Adventures of Anabel Axelrod series. The third book in the series, In Love by Design will be released in September 2013.

For those of you who may want to know some pertinent facts: I was born in Indiana to middle-class parents, the third out of five hellions. My mother wanted to go to work every day. I’ve always lived in the Midwest, except for six steamy months in Florida when I was nineteen. Currently, I reside in the suburbs of St. Paul, Minnesota with my family. The college town of Northfield featured in Anabel’s Adventures is just down the road a jaunt.
I love, love, love connecting with readers. Comments, posts, reviews, and emails are always welcome. Follow my blog or like me on Facebook to be aware of events and giveaways, or new books I’m publishing.

Thanks again for reading my books and supporting this indie author! 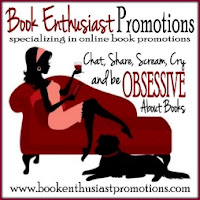 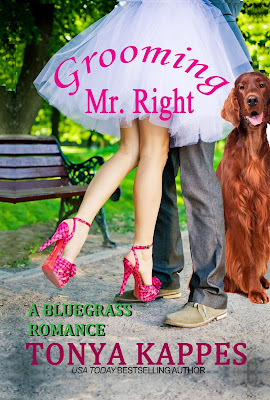 Luvie Beiderman is blindsided when she is fired from her junior fashion design job in New York City and is forced to move back to her small town in Kentucky
. . . under her parent's roof.

Being home isn't so bad, after all, Luvie started Primp My Pet Mobile Pet Spa and is dating one of her client's owner, hunky Jase Nelson.

When Luvie is offered her dream design job in New York City, she is forced to make a decision between a career she's always dreamed of or the new life she has created in her hometown with the man she loves. 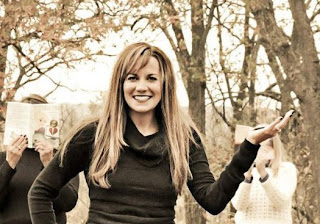 USA Today Bestselling Author, Tonya Kappes writes humorous cozy mystery and women’s fiction that involves quirky characters in quirky situations. Not only have her novels made the USA Today bestsellers list, but they are an Amazon Top 100 author, Amazon Movers and Shakers, and International bestsellers.

Splitsville.com, the first novel in the Olivia Davis Mystery Series, is a double finalist in the Next Generation Indie Book Awards in the Mystery and Humorous Categories.

A New Tradition the Indie Romance Convention 2013 novella of the year.

When not being the princess, queen, and jester of her family of three teenage boys, an adoring husband, and three fury kids, she travels to various writing groups as guest speaker on “How to Market and Promote Your Novels Effectively,” where she is known as a marketing guru.
Become a member of Tonya’s STREET TEAM! It’s a gathering place of readers who love Tonya Kappes novels and Tonya gives away monthly prizes! To sign up for Tonya’s STREET TEAM, newsletter, view book trailer, and upcoming news, check out Tonya’s website, Tonyakappes.com.

You can purchase her novels at: 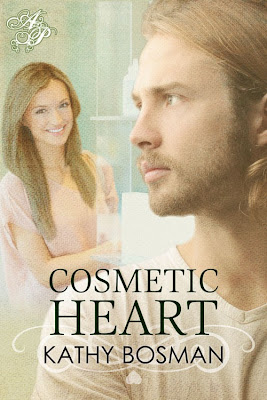 Lisa works for a top South African magazine as the make-up artist, but writes articles on the quiet. When the chief editor, Daniel, asks for her help in posing as his ex-fiancée to save face with his family, Lisa agrees, hoping to obtain a promotion in return. She doesn’t expect to fall for the handsome editor nor to fit in with his family who love her unconditionally. But Lisa has more secrets, and she doesn’t believe in love and family. After Daniel finds out her secrets, will his forgiveness and determination be enough to cut through all the layers Lisa has put over her heart?

Follow Tour:
http://tastybooktours.blogspot.com/2013/08/now-booking-tasty-blurb-tour-for.html
Excerpt:
It was Thursday, the 30th December, and Dan was rounding off some edits on an article for the February magazine. Kate, the feature editor, needed to come up with something more unique next time. It was too late to change the piece now — okay, maybe he was too tired to bother, and he had the next week to get through. He would worry about her story once the reunion was over.
Lisa still hadn’t had her hairdo. Would they have to lie about her drastically changing her hairstyle to outdated and unsuitable?
He sighed. She was proving to be quite interesting though. He’d rummaged through the bag of presents she’d wrapped and left in his office this afternoon before she knocked off. They were beautifully decorated with ribbons and cards, written neatly in her curly handwriting style. He’d opened the one card and read it, astounded at how she’d written the verse to a poem before a quick “happy Christmas” wish. The woman was into detail. Maybe his family would approve for once. They’d have to get used to the idea that the relationship would end eventually though.
Someone knocked on his office door. Lisa, at last.
“Come in. I thought you were finished work hours ago.”
She smiled at him and then propped her hands on her hips. “So?” She gave a sigh — loud and raspy. “Typical male!”
He gasped. “You had it done finally. Looks great!” Looks more than great. Wow, transformation.
“Thanks.” Her smile was genuine and soft. That was the first time he caught a glimpse into the real Lisa. Maybe she was starting to thaw. Finally.
“Come here.”
“Why?”
“Just listen.”
“Okay.”
“No, don’t get that employee-boss look in your eyes. Try to relax and pretend that we actually belong together.” He took her by her stiff shoulders and pulled her into a hug.
“It’s like hugging a statue,” he whispered into her ear. Her soft hair brushed against his tongue. He pulled the strands away gently with his finger and accidentally touched her cheek with his lip.
She stepped out of his grasp. “I don’t know if I can do this.”
She craned her neck around frantically at the doorway.
“Everyone’s gone home.”
“So?”
“You love that word.”
She giggled.
“Okay, if not a hug, let’s try a kiss.”
Her eyes were wild.
“Have you ever been kissed before?”
She nodded numbly.
“Too bad. You have to grin and bear it. I can’t be that bad.” He reached for her hands, pulled her close and pressed his lips to hers. Sweetness flooded his being, spearing right into his inner core. What was inside this girl’s being that surged into his?
Even though her lips were unresponsive, he kissed her further. Then he pressed her chest against his. For a moment she stiffened, and then she relaxed, obviously realising there was no way out and she had to play along with it. But he wasn’t playing anymore. This was for real. He wouldn’t tell her that though. That would make her run a mile.
She pulled away and turned around, wiping her mouth with her hands.
“Not bad,” he teased.
“I’d better get going now. I’ll see you in the morning.” Her voice was shivery.
“Have you packed yet?”
She nodded, her back to him still.
“See you then.”
She was out the door without showing her face once. The back of her head was gorgeous. That hairdo did something to her whole demeanour. If only it would warm her up to him a little. 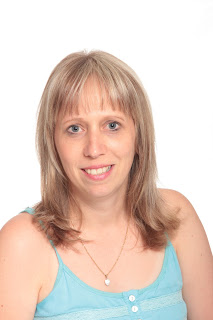 Kathy loved reading and writing from early childhood, but her dream to write books was put aside until her kids were small, and she had little mental stimulation. The writing became a passion as well as her love for romance. She hasn’t looked back since writing her first romance novel in 2007. She homeschools her three children so in between deciphering algebraic problems for her teenage son (with little success), conducting science experiments, and tackling piles of laundry and dishes, she miraculously finds time to write books and read many others for fun.
Author Links
My website
Facebook page
Twitter


Enter to win a $10 Amazon or Barnes & Noble Gift Card!
a Rafflecopter giveaway
Posted by Book Mama at 7:20 AM 2 comments: