Dana Bate Has Cooked Up Another Amazing Book - Review & Giveaway 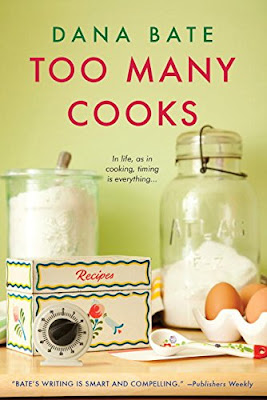 Review by Darcie Czajkowski
A born and bred Midwesterner, Kelly Madigan has always lived within the boundaries of her comfort zone. She plays it safe, in life and love, in an effort to combat her quirky childhood with two parents who barely had a handle on the basics of parenthood, let alone the complexities. Their lack of participation in her and her brother Stevie’s lives didn’t denote a dearth of love, and they knew this; still, it translated to a lack of stability, which Kelly has been determined to counteract as an adult.

In doing so, she’s been dating a gorgeous, successful doctor named Sam for six years. They live together in Chicago, where Sam has dreams of joint home-buying that he wants to translate into concrete plans. Only Kelly has doubts. She can’t put her finger on what’s holding her back from saying yes, since Sam is the perfect boyfriend in all respects, but something nags at her, urging her to delay the process.

But when her mom passes away, the outline of Kelly’s careful world is expanded. Her mother’s death is unexpected to everyone except her mother, who, aside from her doctor, was the only one to know about her heart muscle condition. In her mother’s typical “I’ll take care of it later” fashion, she failed to follow up with the doctor but managed to write her children letters with uncharacteristic advice for their lives. In this letter, among other things, her mother encourages Kelly to take more risks. Get out of the Midwest. See the world.

It seems serendipitous, almost as if orchestrated by her mother from beyond the grave, when she receives a call from famous movie star Natasha Spencer’s assistant, who delivers the news that Natasha would like Kelly to come to London, where she currently lives with her British politician, Hugh, and ghostwrite her cookbook.

Kelly is stunned by the offer, and even more stunned, when she finds herself breaking up with Sam. Yet she feels invigorated by the prospect of leaving the country for the first time and embarking on an adventure abroad.
Only things in London aren’t so jolly. Natasha is an employee’s nightmare. She is every stereotype of an egotistical actress come to life. Selfish. Controlling. Demanding. Condescending.

But Kelly loves her work, developing, testing, and perfecting recipes, which she executes with aplomb, dazzling everyone, including Hugh. Turns out, cooking isn’t the only thing that entices Kelly to stay. As the kitchen heats up, so do Kelly’s feelings for Hugh.

Will the cookbook turn out to be a culinary delight, or will it go up in flames, along with Kelly’s professional and personal lives?

This book is quintessential Dana Bate, from the smooth, enticing prose, to the witty, spunky dialogue, both of which work concertedly to make foodie fiction an addictive read. Though Bate sticks to her typical character sketch of a self-deprecating protagonist as much as she follows her go-to chapter endings which portend hyperbolic ruin in the protagonist’s life, I still found myself relating to Kelly’s determination to make something of herself. To get out of her hometown and see the world as more accessible, realizing that her generation is no longer tethered to the city or region in which you were born.

As a foodie myself, I loved the breadth of recipes with which Kelly experiments, though this story extends beyond food and will capture readers who identify with Kelly’s struggle with an attraction to an unavailable man. While the story is not advocating for infidelity, it underscores the complexity of love, and the fact that the emotion not only has the power to make your heart soar, but also to destroy it. I’d recommend this book for all of the aforementioned reasons, but most of all, because it serves as a reminder that we have to go after our dreams, which should involve risks where we can’t see the ground beneath us. Life isn’t always easy and it’s never perfect, but it is an adventure, one which we are all just figuring out as we go along. 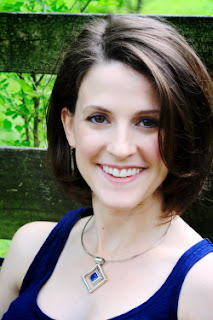 About the Author:
Dana Bate is an award-winning journalist and author of the novels TOO MANY COOKS, A SECOND BITE AT THE APPLE and THE GIRLS’ GUIDE TO LOVE AND SUPPER CLUBS, which earned a starred review from Publishers Weekly and has been translated into five languages.

Her writing has appeared in numerous outlets, including McSweeney’s Internet Tendency, Culinate, Table Matters, and Smithsonian.com. Prior to her writing career, Dana spent five years working as a Washington, DC-based field producer and on-air reporter for the PBSNightly Business Report, where she won the prestigious Gerald Loeb Award for a series she produced on the Indian economy. The award almost made up for the monkey attack she endured while on location. Almost.

As an undergraduate, she studied molecular biophysics and biochemistry at Yale University. Don’t worry: the choice doesn’t make sense to her parents either. In her senior year, she became an anchor and reporter for Yale’s one-hour news radio program, The Blueline Report, a show produced in the style of NPR’s All Things Considered. Hooked on the storytelling process, she enrolled in Northwestern’s Medill School of Journalism, where she received a master’s degree and won the Harrington Award for outstanding promise in the field of journalism. These days, when she isn’t writing, she can usually be found in her kitchen, whipping up a new recipe from her extensive cookbook collection. She currently lives outside Philadelphia with her family.