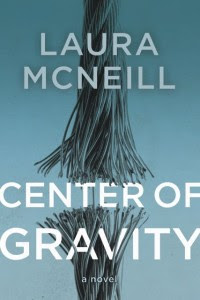 Review by KT Sullivan
Ava Carson marries a widower, Mitchell, and adopts his son Jack. All is well and the couple has another son, Sam. Mitchell is a successful college administrator and George Clooney twin. Then, Mitchell is more critical and controlling of Ava. He promptly leaves and files for divorce. He also schedules a visit with his sons and refuses to return them to Ava. He plants lies about her with her family and former employer, helping his story about her being a bad parent. He isolates her from anyone who could help her, except for local attorney, Graham Thomas. He digs into Mitchell’s past, especially into his late wife’s death. A doctor is assigned to be the mediator between Ava and Mitchell, regarding the custody of the children. She observes the love between the boys and Ava and fear of Mitchell. When things start to unravel for Mitchell, he strikes out at everyone in his way.

This book is a quick read because it has a fast pace. The story shows how appearances can trick anyone into believing the worst. Keeping things on the surface helps Mitchell hide many layers. The interesting twist in the story is eight-year-old Jack tells his side and observations. He blocks out his father’s cruelty by pretending to be a superhero. An uncovered truth about his late mother verifies she thought he was one too. Jack’s insights from what he’s told versus what he observes proves children know more than adults think and are excellent at connecting the dots. Excellent read.


“12 Things About Laura McNeil”
Author of Center of Gravity

1.    As a child, I announced to my parents that I wanted to become an Indian Princess when I grew up.
2.    I insist my children use impeccable Southern manners, including the use of “sir” and “ma’am.”
3.    I’ve lost my keys so many times that one of my good friends bought me a Tile (App to locate keys).
4.    I’ve been known to sit in my car in the driveway in order to finish the end of an audiobook.
5.    I’ve held summer jobs in theme parks, an ice cream factory, and a grocery store.
6.    I love the color pink.
7.    I’m perfectly comfortable talking to complete strangers.
8.    I once covered a “lost emu” story as a reporter for WWNY-TV News 7 in Watertown, NY.
9.    I went to Syracuse University law school for about a month–long enough to realize that law was not the career for me.
10.I know entirely too much about superheroes.
11.I’m a dedicated Mac and iPhone user.
12.I do say y’all, though I was born and raised in Upstate New York. 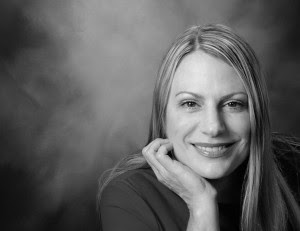 About the Author:
After six years behind the anchor desk at two CBS affiliates, Laura moved to the Alabama Gulf Coast to raise her family. Her accolades in broadcasting include awards from the Associated Press, including Best News Anchor and Best Specialized Reporter.

Laura was recently awarded a 2-book deal with Thomas Nelson Publishing, a division of HarperCollins. Her novel, Center of Gravity, set in Mobile, Ala., will be published in July of 2015. Laura is represented by Elizabeth Winick Rubenstein, president of McIntosh and Otis literary agency in New York. Her writing awards include those from William Faulkner-Wisdom Creative Writing Competition, Writer’s Digest, RWA, and the Eric Hoffer competition.