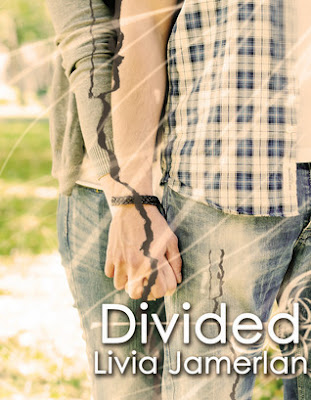 SYNOPSIS
Alani LaBelle has it all. A great job, amazing friends, and a loving fiancé. Traveling to Las Vegas for her bachelorette party, she never expects to come across someone who rocks her world the way Ryan Kraft does. Though they only share a few hours together, the connection she feels with him is undeniable. Thinking that her feelings for him may be old feet she brushes it off and attempts to focus on her fiancé and their impending nuptials.
Heartbroken by her fiancé only days before their wedding, she finds herself needing to escape, needing to hide from reality. Though Alani knows that Ryan lives in Grand Forks, North Dakota, she never thought their paths would cross again while she is there.
Their friendship changes to something more with a good night kiss. Needing to be with Ryan, she leaves her old life in New Jersey behind and moves halfway across the country. As they journey together in a new relationship Alani has to adapt to life in a new city, new job, as well as dealing with Ryan's ex-girlfriend Stephanie, who is waiting for the perfect moment to get Ryan back.
But will her fiancé let Alani walk away from him without a fight? Will Alani's love for Ryan be enough for her to stay with him through turmoil? Or will Stephanie’s secret tear them apart?

Review by Marlene Engel
Alani and her girlfriends were in Las Vegas celebrating her last days of being single.  With a crown on her head and wearing a sash that read “Bride To Be”, they were going to make her bachelorette party a night to remember.  While throwing back shots of tequila and dancing at Pure (one of Las Vegas’ premier night clubs) a group of guys celebrating a bachelor party started mingling with the ladies.  One guy in particular caught the attention of Alani.  Although she knew that she was only weeks away from getting married to Marco, Alani could not deny that this man, Ryan, had something about him.  He was not only the hottest guy in the club, there was an undeniable connection that drew her to him (and him to her).  Knowing that she would be devoting her life to her soon to be husband, she felt that some innocent flirting wouldn’t hurt anyone.  She knew that he would be heading back to North Dakota and her back to New York the next day.  After all, she was in Sin City and what happens in Vegas, stays in Vegas … or does it?

Back in Brooklyn Alani tries putting thoughts of Ryan to the back of her mind and focus on the wedding.  It’s the day before their ceremony and Alani decides to surprise Marco at his work with lunch.  They agreed to meet that evening at the rehearsal dinner, but Alani was anxious to see him.  But when she gets to his office, she gets a surprise of her own.  She finds Marco and his secretary being intimate in his office.

After calling off the wedding, Alani needs to go somewhere to clear her mind.  A place in the middle of nowhere.  The first place that came to mind was North Dakota.  Although she knew that Ryan lived there, that wasn’t her reason for choosing it.  But when she’s there, and bumps into Ryan, the connection that she originally felt when they first met returns.  But just because you run away from your problems doesn’t mean that they go away.  Alani finds herself dealing with a whole new set of issues.  How will she handle them?  And who will stick by her through it all?

Divided is author Livia Jamerlan’s debut novel.  I felt that it was well written, had a great story and was full of relatable characters.  This book takes you through so many emotions.  You will feel the bond of friendships, the pain of betrayal, the heat of passion and the joy of love.  Overall, I really enjoyed this book.  I would definitely recommend it to others and can’t wait to see what Livia has in store for us in the future.

EXCERPT
“Ally baby please. I fucked up but please, I can do better. Please forgive me.”  He begged
“Marco, there is nothing between us anymore.  I’m done.  We are done.  Shouldn’t you be off with Trish somewhere?” Her name was like bile in my mouth.
“Ally it’s not like that with her, I was just scared.” I raised my hand to stop him; I didn’t want to go through this with him all over again. 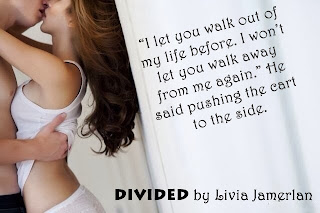 “Stop. Just Stop. There is nothing between us anymore Marco, please just leave.” I swallowed back any tears that were threating to show. Stepping back I closed the door and leaned my back on it, slowly sliding down to the ground. Inhaling deep I tried to calm my nerves and heard the flower arrangement being placed on the ground as Marco spoke.
“I know you can still hear me Ally, and I want you to know that I’ll never give up on us. Never! You hear me? I fucked up. I know I did but I love you.” As the tears dripped from my eyes I wiped them away as quickly as I could. I wasn’t crying because I was sad. I was just so tired of repeating the past five years in my head and seeing it end like this.
“Marco, please just leave me alone.” I shouted from behind the door


“I’ll always fight for you. I’ll find a way to make you mine again. Mark my words Alani, you will spend the rest of your life with me.” 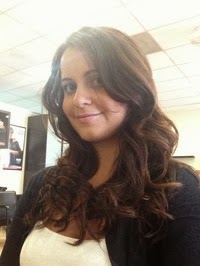 ABOUT THE AUTHOR
Livia Jamerlan is a hopeless romantic she is always looking for her next love story to pop in her head. Though Livia kept a journal throughout her early life, she never thought about pursuing a career in writing, she always used it as form of therapy, pouring her heart out into words. It wasn’t until a story developed in her head that she decided that maybe she could write a book. At first it was just an escape from reality but now she use it as a power to put all her feelings, hopes, and fears on paper. Deciding it was time to tell her story she began to write, with each passing day the story grew, characters we formed, and what seemed like a hobby at first has now become a passion for Livia.

When Livia is not writing she is spending time with her husband and their two dogs, she might also be curled up with a new book, or she is out traveling the country to support indie authors at their book signings.