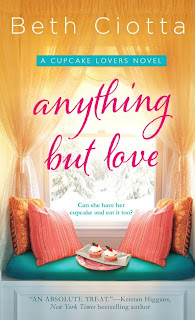 Anything But Love
By: Beth Ciotta
St. Martin’s Press

Blurb
For Reagan Deveraux, Sugar Creek, Vermont, and the Cupcake Lovers are a dream come true: A cozy little town where family and friends come before everything else. She’s never experienced anything like it—especially not growing up with her mother, a fickle, fame-hungry


heiress. But Rae’s plan to hide out in anonymity for a year until she can claim her inheritance—and her independence—changes with one kiss from gorgeous pub owner Luke Monroe.


Luke’s charm is legendary, but he’s never been a one-woman man. Until Rae captures his attention, that is, and then disappears. With a little help from a friend, Luke tracks her down—and unearths secrets almost too wild to be true, as well as the fact that Rae lied to him, and to all of Sugar Creek. Luke’s not sure if he can forgive her, but he definitely can’t forget her, and when she returns to save the Cupcake Lovers from disaster, he knows it’s his chance to get the truth—and get the girl, this time for good…

Excerpt
“I’m looking for a woman who just came in. Gorgeous redhead in a green dress?”
The man raised a brow and Luke realized he probably sounded like a stalker.
“Reagan Deveraux,” Luke added. “I was supposed to meet her in the lobby.”
“I believe the woman you’re looking for went into the lounge.”
Luke thanked the man and headed toward where he pointed. He found Rae sitting at the bar throwing back a shot of tequila. He had no idea she did shots. He’d only ever seen her sip beer. Now she was licking salt from her hand like a pro. He watched, transfixed, as her red lips closed over a wedge of lime and sucked.
He wasn’t the only man watching.
Luke felt a jab of jealously when a designer-suited dude eased in and offered to buy her a drink.  Then a surge of relief when Rae turned the man away. Luke cursed his whacked-out emotions.  He shouldn’t be feeling anything for Rae aside from betrayal and confusion.
He joined her at the bar. “What are you doing?”
“Treating myself to a birthday drink.” She barely cast him a glance while attacking her second shot.
Luke clenched his jaw as she repeated the ritual. Salt, tequila, lime. Lick, drink, suck. Not overtly sexy, but sexy all the same. He gestured to the bartender. “Two Coronas, please.” Then he looked back to Rae. “Drinking alone on your birthday is sort of pathetic.”
“I’m not alone.” She met his gaze.  “Unfortunately.”
Luke searched her eyes, his gut clenching when he caught a glimpse of Rachel Lacey, the same vulnerability that had intrigued him all those months ago. He had a weakness for women in need. Hell, he had a weakness for women period.
The bartender served two longnecks.
Luke waved off the glasses.
“Put it on my tab,” Rae said.
“It’s on me.” Luke paid cash for two of the most expensive beers he’d ever bought in his life.
“As for the cab,” he said to Rae, “thank you, but I can manage.” He pulled five twenties from his wallet and when she refused, he shoved the money in her purse. “Three months ago you were desperate for money. Or so you said.
Jayce called you a trust fund baby. You might not have inherited your fortune until today, but you must have had access to a monthly allowance.”
“I didn’t want to touch that money.”
“Why not?”
“I can’t believe you had me investigated.”
She sounded somewhere between hurt and outraged. Luke knew the feeling. “I had you tracked, which I wouldn’t have done if you had had the decency to say good-bye.”
Gaze averted, she sipped her beer then ordered another shot. “I felt awful about hurting Sam.
Plus I was compromising the success of the Cupcake Lover’s recipe book by refusing to participate in any publicity.”
“So you ran away?”
“I didn’t think I’d be missed.”
What the freaking hell? “Are you that insecure or that oblivious?”
“People come and go all the time, Luke.”
“You’re missing the point, Rae.” He nabbed her wrist as she reached for the salt shaker. Her pulse raced beneath his thumb.  His own heart bucked. He’d always had a talent for reading and finessing women. He had no clue how to handle Rae. Did she have the tolerance to withstand a third shot? He didn’t want to take the chance. He grabbed her shooter and downed the Cuervo himself.  “Why don’t we sit at one of those tables and talk?”
“Why aren’t you on your way to the airport?”
“Why won’t you tell me why you paid for a false identity?
She glanced away, picked at the label on the beer bottle. “I needed to be someone else for a while.”
“Why?”
“It’s personal.”
One thing hadn’t changed. Reagan Devereaux was every bit as aloof as Rachel Lacey. Luke wanted to shake the crap out of her. Kissing her came to mind, too.  He’d never been so angry and turned on at the same time. He told himself it was because she was smoking hot and he’d been celibate for weeks. Aching to jump her bones was natural. It wasn’t because he was jonesing to re-create the magic he’d felt the one and only time they’d locked lips. Who needed that kind of misery? Having a thing for a woman beyond his reach. A woman of privileged birth. A woman who’d earned a master’s degree. A woman worth a freaking million!
Hit the road, Monroe.
He wasn’t getting the answers he wanted so why was he wasting his time? As it was he’d be lucky if he got home before Christmas morning.  Part of him had been desperate to see for himself that Rae was okay. She was more than okay.  Except for her obsessive lying and the tension between her and her mom and that dickhead Geoffrey Stein. Every family had drama, right? The Monroes certainly had their fair share. More often than not, Luke played mediator. He should be home making peace, not here waging war. Besides, reasoning with this woman was a losing battle.
Luke reached down for his backpack and when he straightened the infuriating enigma was finishing off another shot.
For the love of. . .
He couldn’t leave Rae in this bar.  What if she drank herself under the table? What if one of the several men watching took advantage?
“Do you think your mom and Stein left the house yet?”
“I’m sure of it. God forbid they miss a moment of the party.”
“Then come on. I’ll drop you home before I head to the airport.”
“I’m not going home.” She flashed a key card. “I’m staying here tonight.”
“Then I’ll walk you to your room.”
“Not necessary.” She stood, swaying a little on those sexy four-inch heels. 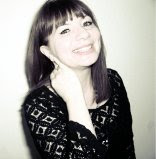 About the Author
Storytelling comes naturally to award-winning author Beth Ciotta. Dubbed "fun and sexy" by Publisher's Weekly, Beth specializes in contemporary, historical, steampunk, and paranormal romantic fiction.
Beth lives in NJ with her husband, two zany dogs, and a crazy cat. A retired professional performer, Beth now pours her artistic passion into her writing. To learn more about her colorful life, visit her website at www.bethciotta.com

Rafflecopter Giveaway (Cupcake Tote including FOOL FOR LOVE, TROUBLE WITH LOVE and Signed Cover Flat of ANYTHING BUT LOVE)
a Rafflecopter giveaway
Posted by Book Mama at 7:31 AM 32 comments: 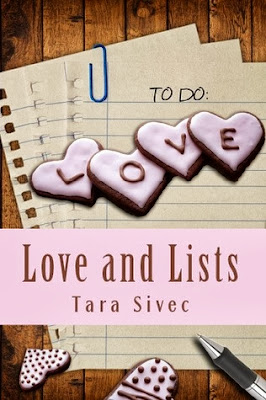 Love and Lists is the first book in the Chocolate Lovers spinoff Chocoholics:
The foulmouthed offspring tell their stories.

Twenty five year old Gavin Ellis has always had the love and support of his family ever since he was a little boy and couldn't stop talking about his penis. He's also always had their unsolicited advice and uncanny knack of embarrassing him at all costs. Now that he's an adult and trying to convince the love of his life to love him back, things haven't changed very much from when he was younger.

When Gavin's best friend Tyler suggests he make a “to do” list of items that will ensure he wins the girl, Gavin is one hundred percent on board: after a few six packs.

After puking in the shrubs, a bad experience with Viagra, a Sex Ed course gone wrong, and a slew of other mishaps courtesy of his family and friends, Gavin is pretty sure this list will be the death of him.


Sometimes, trying to make someone love you with a list isn't always the best idea. Especially when "Show her your penis" is the first "to do" item... 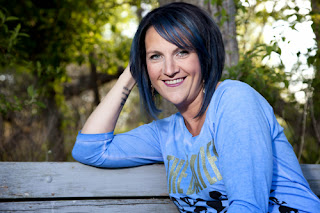 She lives in Ohio with her husband and two kids. In her spare time she likes read, write and cover things in chocolate. Most of her material comes from real life experiences with family and friends. Lucky for them, the names have been changed to protect the innocent (aka, drunk).

Tara also writes under the pen name T.E. Sivec where she can be serious, suspenseful and not at all funny.


a Rafflecopter giveaway
Posted by Book Mama at 7:11 AM No comments: