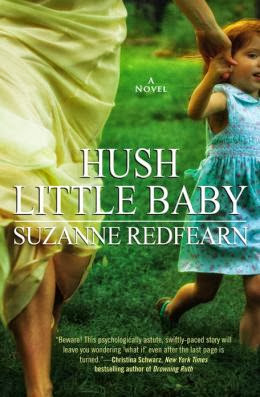 Jillian Kane has a secret life. Just beyond her great job and beautiful children stands an abusive husband. Gordon Kane uses his job as a policeman as a cover. Jillian can’t go to the authorities because Gordon has too much influence and will use it against her. She hides her bruises and tries desperately not to get pregnant. Her children are other weapons Gordon uses against her. An old flame reappears in her life and offers hope. Unfortunately, Gordon finds out and the man winds up dead. The police declare it a mugging and close the case. Now, Jillian knows her days are numbered. Gordon will kill her when he deems the time is right and take the children. Without a plan, Jillian decides to grab her kids and run. Gordon and his resources are never far behind. They find a place to hide, but her daughter falls ill. Jillian must step out of the shadows to save her daughter’s life and expose her dead lover’s expected child. She’s arrested at the hospital and Gordon takes the children from her. Allowed no contact and walking a very thin line, Jillian must avoid any more trouble. She knows Gordon suspects the child is his and will bide his time. She must save her children and herself before he can act. But how?  An elderly client holds the key, if Jillian is willing to find the courage and strength to risk it all.

Hush Little Baby deals with spousal abuse in a real way. There’s no hiding the beatings and fear. Gordon’s menacing sense of ownership and entitlement fill Jillian’s every thought and move. His presence is terrifying. Will he strike or wait? The author starts the tension on the first page and never lets up. How easy it is for Gordon to manipulate everyone and control all situations rings true. An attentive husband and loving father doesn’t fit the stereotype of the monster within. There is no happy ending, just survival. An eye opening read. 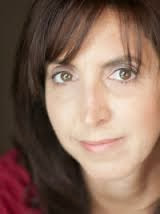 About the Author:
Born and raised on the east coast, Suzanne moved to California when she was fifteen. She currently lives in Laguna Beach with her husband, their two kids, a Cockapoo named Cooper, and a cat named Martha. They own a restaurant in town called Lumberyard, (LBLumberyard.com).

Prior to becoming an author, Suzanne was an architect specializing in residential and commercial design.

When not writing, Suzanne enjoys doing anything and everything with her family – skiing, golf, tennis, surfing, playing board games, and watching reality TV.

She is an avid baseball fan. Her team is the Angels. She can also be found in the bleachers watching her kids' sports or prowling the streets with her husband checking out the culinary scene of Orange County.