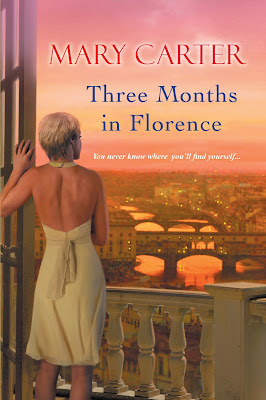 The second that Lena laid eyes on Alex, she knew that he was the man she was going to marry.  She envisioned what their children would look like and how their life would be.  They spoke about honeymooning in Italy and visiting the Cinque Terre, but that was 16 years ago.  Now married with two children, and still awaiting that trip to Italy, Lena has spent the last six months caring for her kids on her own while her husband is in Florence on a business trip.  But is Lena bitter that her husband is frolicking through the Mediterranean without her?  You best believe she is!  She always thought that they would go to Italy together.  Instead, Alex is there without her and Lena is less than pleased about this.

Then the day comes that changed everything.  Lena receives a package and inside are a dozen long stem roses.  Lena’s mother has always said that men only give flowers for two reasons:  it’s your birthday or they’re feeling guilty.  The card attached simply read:  I’M SORRY.  Today was the day that Alex was to be coming home.  He should be on the airplane right now.  Lena tried calling Alex but got his voice mail.  That’s when she decided to try Skyping him.  Instead of Alex answering the video call, a young, gorgeous Italian woman does.  Her name is Alexandria and, to Lena’s surprise, is Alex’s Italian mistress!

Lena refuses to let her marriage go without a fight.  She packs up her two kids (and even the dog) and heads to Italy.  This is not how her first trip to Italy was supposed to be.  She was supposed to be walking hand in hand with Alex, taking in the sights and enjoying the culture.  Instead, she’s with her kids, dragging around her dog and sweating profusely all while trying to hide her swollen, red eyes behind sunglasses.  How will Alex react when he finds out they are in Italy?  Will Lena be able to save her marriage?  Or has Alex decided to throw away 16 years of marriage for a woman he barely knows?  Come spend Three Months In Florence and find out!

I really enjoyed this book.  Mary Carter did a great job grabbing my attention from the beginning.  With every page, I became more and more engrossed in the story.  I couldn’t wait to find out what would happen next and felt like I was right there with them in Italy.  The characters were so well written.  I found myself rooting for Lena and wanting to strangle Alex!    The author did a great job captivating my attention, yet swirling in subtle humor.  I thought her writing was brilliant.  I truly loved this book and would absolutely recommend it to others.  I give this book cinque stelle (five stars)! 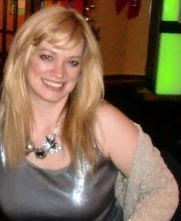 Mary Carter is a novelist and writing coach. Three Months in Florence is her seventh novel. Her other works include: The Things I Do For You, The Pub Across the Pond, My Sister’s Voice, Sunnyside Blues, She’ll Take It, and Accidentally Engaged.  In addition to her novels she has written three novellas: A Very Maui Christmas in the New York Times best selling anthology Holiday Magic, The Honeymoon House in the New York Times best selling anthology Almost Home, and A Kiss Before Midnight in the Spring of 2013. She has a Christmas novella coming out in an anthology in 2013, a summer novella in 2014, and another Christmas novella in 2014. She is currently working on her eighth novel, Meet Me in Barcelona. Although she will always be a New Yorker at heart, Mary is making a move to Wilmington, NC where she can focus on writing full time.


GIVEAWAY IS INTERNATIONAL.  HOWEVER, PAPERBACK COPY IS ONLY FOR U.S RESIDENTS.  INTERNATIONAL WINNERS WILL GET AN E-COPY.   MUST BE A MEMBER OF THE ACTUAL BLOG TO BE ELIGIBLE TO WIN.
a Rafflecopter giveaway
Posted by Book Mama at 3:16 PM