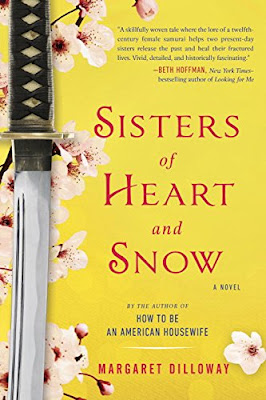 Review by KT Sullivan
Rachel, age thirty-eight, and Drew, age thirty-four, Snow are sisters caught between their parents. Rachel was kicked out of the house at sixteen for being a rebellious teenager, failing to be an Olympic swimmer, and sticking up for her mother. Drew plays the viola and is her father, Killian’s favorite, meaning he doesn’t complain about her as much as the others. Their mother, Hikari, was a mail order bride from Japan. She says little and spends her time sewing quilts. When Hikari develops dementia and is hospitalized, she gives Rachel power of attorney which enrages Killian. Rachel is married with two children and Drew is floating from job to job. She moves in with Rachel’s family and tries to reconnect with her mother and sister. They are the Snow sisters, but need work on the Heart. Everyone avoids toxic Killian. He has spent their lives playing them against each other and their mom.  In a moment of clarity, Hikari wants a book from her sewing room. The sisters sneak into the father’s house to retrieve it. It’s in Japanese and they find a translator. It’s the story of a twelfth century female warrior, Tomoe, and how she deals with discrimination, tragedy, friendship, and loss. The sisters channel strength from the story to deal with their own problems. Killian’s pettiness is constant through the story, even after Hikari dies. He’s held a shameful secret over her head their entire marriage. When Rachel finds out, she feels closer to her mother and finally done with Killian. 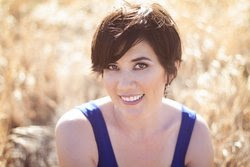 G.P Putnam’s Sons is giving two lucky winners a print copy of
Sisters of Heart and Snow by Margaret Dilloway
US Only