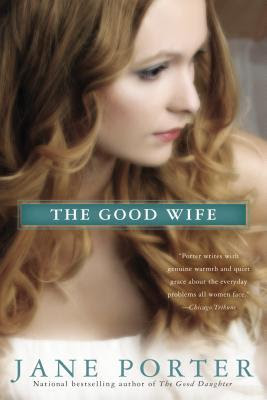 Mourning the loss of their mother and wife, the Brennan Family is trying to adjust to life without her.  She was the rock of the family.  The glue that kept them all together.  As if that’s not enough to deal with, each of the Brennan siblings have their own set of issues that they are dealing with.

Meg is trying to keep her marriage to Jack together.  Jack isn’t happy with the marriage and doesn’t know if he ever will be again.  Meg is trying everything in her power to keep her family together.  She knows that she made a mistake by having an affair, but she’s trying to prove to Jack (and everyone else in her family) that she has learned from her mistake and will never do it again.

Kit is dealing with her family’s negative comments about her new boyfriend, Jude.  She doesn’t understand why they can’t see the amazing man that Jude is.  Instead, they are judging him by his appearance … a tattooed, pierced, motorcycle riding bad boy.  His ‘I don’t give a crap’ attitude doesn’t help the cause either.

Brianna, home from the Congo, is looking frail and sick.  Everyone is concerned about her health and speculating if she’s going to die.  She’s a nurse who has been helping people suffering from diseases, but did she contract one while she was there?

Then there’s Sarah, who is letting her insecurities of the past haunt her and affect her marriage to Boone.  Boone is a professional baseball player who admitted to having an affair in the past.  Although he has told Sarah countless times that he made a mistake and will never do it again, she has a hard time fully trusting him.  Will her jealousy and insecurities be too much for Boone to handle?

In the meantime, Tommy Jr and Cass are at odds over having a baby.  Tommy is ready to get back to a normal life without fertility treatments and talks about a baby … even if that means not having a child that he and (especially his wife) Cass, have tried so hard to create.  But is Tommy being insensitive to what his wife’s needs and wants are?

Lauren and Lisa Summer, sisters and co-owners of a café in Napa are moving in different directions.  Lauren, who recently lost her son in an auto accident, has moved to Alameda to get away from all of the memories that flood her back home.  Her sister, Lisa, who is married and very pregnant is trying to run their café solo until Lauren moves back home.  But is Lauren really planning on returning to Napa?  Or is being back home, where all of the memories of her son come flooding back, too much for her to take?

The Good Wife is such an amazingly powerful book.  It showcases the love and bond of family and how, despite differences, family comes together at times of need.  I felt that the book was beautifully written.  The characters and their struggles felt so real.  I found myself feeling like I was living each moment with them.  I think that The Good Wife is the best book in the Brennan Sisters series.  Jane Porter did a great job touching on several serious subjects in a tactful way.  I would definitely recommend this book.  I would, however, suggest reading the first two books in the series first … The Good Woman and The Good Daughter.  To fully understand how each character got to the point they did in this book, it’s important to read their stories in books one and two of the series first.  Another home-run by Jane Porter and definitely worthy of MORE than five stars!

Q&A with Jane Porter:
The Brennan Sisters Series has a much more serious tone than your previous books.  Do you see yourself writing more books like these in the future or will you also be writing more chick lit books as well?

I have all kinds of stories running around in my head, and they vary in tone and intensity.  I don't try to write a certain kind of story....I just write the story that's talking to me, and I listen to the characters talking in my head and that's what I do.   I just want to write.  And I want my readers to love my stories as much as I do.

I know that you also write romance books.  What is your favorite genre to write and also to read?
I don't have a favorite genre.  I like it all, and need to write a variety of stories, from classic romance to more complex women's fiction.  When it comes to reading, I'm a sucker for a great historical romance.   Nothing helps me escape better than reading historical romances and I’ve always wanted to try my hand at writing them too.  It’s my comfort/go-to-genre when I need a break from life's stresses.

What was your inspiration behind Boone’s character and making him a baseball player?
I come from a family of athletes and sports has always played a big role in our family life.  My brothers and my boys are involved in some sport or another, and during college I dated a professional baseball player, watching him go from single A ball to the big leagues.  It's a very different life with a lot of pressure, from coaches, owners, players, fans.

When thinking up characters, do you base them on celebrities that you like?  For example, Chris Steir’s character makes me think of Clay Matthews (football player for the Green Bay Packers) because they’re both big, muscular guys with long blonde hair.
Yes.  Almost always.  I’m a very visual writer and need my story and idea boards.  Visualizing stories has become even more fun since I discovered Pinterest.  I create a board for every story and in fact, here’s the board I made for The Good Wife -  http://pinterest.com/thejaneporter/the-good-wife/   I pictured Boone as Sam Worthington and Chris always appeared in my head as Chris Hemsworth.

Will there be a fourth book in the Brennan Sister Series?
I hope so.  One day in the near future, I’d love to write Brianna’s book.  She’s Kit’s twin and a real firecracker.  I’d love the chance to explore her character more and tell her story--and let everyone see how Meg and the dad and everyone else is doing!

What can we expect from Jane Porter in the future?


I’m working on stories for my new publishing venture, Tule Publishing, and our first mini-series, Copper Mountain Rodeo, takes place in the small fictional town of Marietta, Montana.  My story, Take Me, Cowboy, focuses on Colton Thorpe and Jenny Wright.  Colton is a nationally ranked bull-rider and he's home as the honorary chair for the 75th Annual Copper Mountain Rodeo.  It’s a fun novella full of classic romance, and then a month later comes my second story for Montana Born, Christmas at Copper Mountain!

I want to thank Jane for stopping by Book Mama Blog.  It's always a pleasure to have you share with us and are welcome anytime! 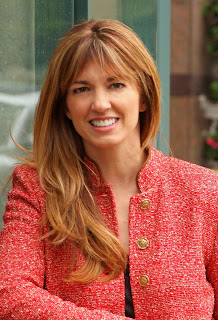 Jane Porter, a native of Visalia, California, graduated from UCLA with a degree in American Studies and worked in sales and marketing before returning to school to earn a teaching credential and an MA in Writing from the University of San Francisco. Since publishing her first romance novel in 2001, Jane has written and sold 39 novels, including her latest release, The Good Woman, the first book in her Brennan Sisters trilogy. A bestselling author, Jane has also been a finalist for the prestigious RITA award in 2002, 2003, 2008 and 2010 from Romance Writers of America, and her '06 release, Flirting With Forty, picked by Redbook as its Red Hot Summer Read, went back for seven printings in six weeks before being made into a December 08 Lifetime movie starring Heather Locklear. Jane, her surfer husband, and three sons make their home today in San Clemente, CA where she's currently working on her next novel.

a Rafflecopter giveaway
Posted by Book Mama at 7:40 AM 3 comments: